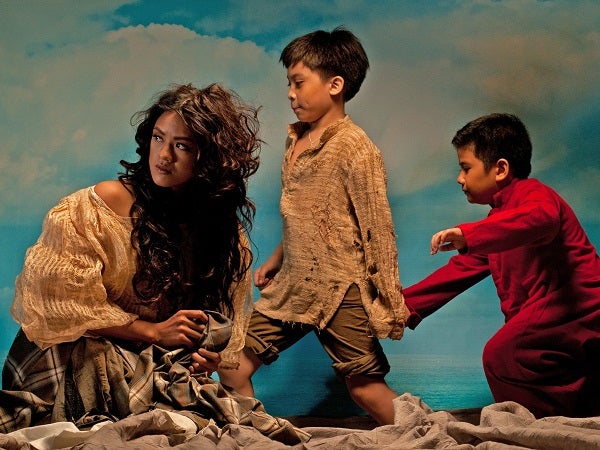 A scene from Dulaang UP’s “Noli Me Tangere: The Opera”. CONTRIBUTED PHOTO

Dulaang UP’s ‘Noli Me Tangere: The Opera’ all set to dazzle anew

MANILA, Philippines—This July, Dulaang UP is bringing back to the stage last year’s hit musical, National Artist Felipe Padilla de Leon’s “Noli Me Tangere: The Opera.” In this operatic rendition of Rizal’s timeless novel, director Alexander Cortez successfully melds the classic and the fresh to create a theatrical feat that reaches out across all audiences.

Besides opening another exciting season for DUP, the restaging of “Noli Me Tangere: The Opera” is also DUP’s contribution to the celebration of the birth centennial of Padilla de Leon, and is a timely and relevant reimagining of one work whose importance transcends space and time.

With music direction and vocal coaching by renowned soprano, Camille Lopez Molina, “Noli Me Tangere: The Opera” features the collaboration of a talented set of both budding and seasoned opera singers, most of whom are reprising their roles from the first run. Ivan Nery who returns to the role which catapulted him to fame, Crisostomo Ibarra, comes fresh from a first place finish at the prestigious Jovita Fuentes Vocal Competition. Myramae Meneses who is once again essaying the role of Maria Clara claimed second place in the same competition. Fellow cast mates Aissa Guilatco (Tia Isabel) and Arman Ferrer (Crisostomo Ibarra alternate) are finalists in the said contest, too. Elainne Vibal who alternated as Maria Clara in the initial run now plays Sisa, alternating with Jean Judith Javier. Playing the role of Padre Damaso are Jonathan Velasco, Michael Bulaong and Chris Ong, who recently returned from the US for a series of performances.

“Noli Me Tangere: The Opera” is made possible by the UP Office of the President, UP Diliman Office of the Chancellor, Office of the Dean College of Arts and Letters, UP Office for Initiatives in Culture and the Arts, Sen. Edgardo Angara, Ms. Irene M. Araneta, Dr. Joven Cuanang, NCCA Chairman Jun de Leon, and Radyo 5 92.3 News FM.