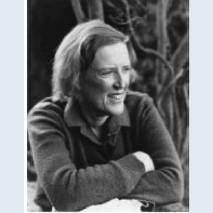 WELLINGTON, New Zealand— Beloved New Zealand children’s author Margaret Mahy, who wrote more than 120 books and earned acclaim at home and abroad, has died at the age of 76.

She died Monday after being diagnosed with cancer, her cousin Ron Mahy said.

Mahy’s best-known books include “A Lion in the Meadow,” ”The Man Whose Mother Was a Pirate” and “Bubble Trouble.”

She won the Carnegie Medal for outstanding children’s writing twice and in 2006 won the Hans Christian Andersen Award for her lifetime contribution to children’s literature. She was one of 20 living people to hold her country’s highest honor, the Order of New Zealand, and her books were translated into 15 languages.

Prime Minister John Key said in a statement Tuesday that Mahy was “widely acknowledged as one of this country’s finest authors, and one of the world’s greatest writers of children’s and young adults’ stories.”

She often employed a rhythmic playfulness in her stories.

“She had perfect pitch,” said Bill Manhire, a New Zealand poet and author. “The musical ear she has drives a lot of the power of that work.”

Mahy loved to read her stories to groups of children, often wearing a possum costume or some other elaborate outfit.

“She was a performer,” Manhire said.

Although she was known for her vivid imagination, Mahy was grounded in the real world, Manhire said. She had a curiosity about subjects like science, he said, that had her peering through a home-assembled telescope as a girl and traveling to Antarctica in her later years.

In an essay on science, Mahy wrote: “The word ‘accuracy’ is often seen as a clinical one, but it is the accuracy of certain images, certain words, certain facts that makes them moving. Accuracy is not just a chilly aspect of learning but can be an aspect of beauty.”

Mahy was one of five siblings raised in the North Island town of Whakatane. Her father, a bridge builder, often read and told stories to his children; his taste for adventure influencing Mahy’s writing, according to The Oxford Companion to New Zealand Literature. Mahy worked as a librarian in Christchurch before leaving to write full time. She raised two children as a single mother and lived much of her adult life in Governor’s Bay near Christchurch.

In 1968, American editor Sarah Gross discovered “A Lion in the Meadow” and the following year Franklin Watts published five of her stories as picture books, launching her international career.

Mahy later began writing junior fiction and adolescent novels. She continued to create new works and even write longhand letters to young fans until shortly before her death.