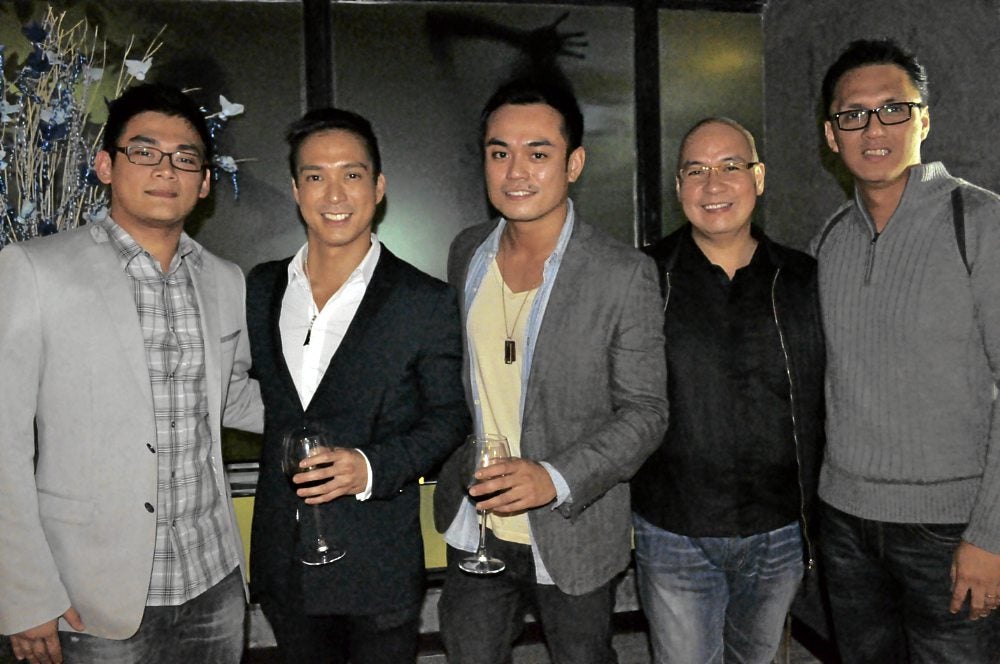 Francis Libiran is the latest Filipino designer to be featured on “America’s Next Top Model.” His designs were featured on the long-running reality TV show, as worn by the contestants. Previously, the designs of Michael Cinco and Oliver Tolentino had been featured.

No less than talented Filipino designer Michael Carandang has been part of the production team of Tyra Banks, who produces and hosts the show. It is Carandang who continuously pushes for Filipino designers to have visibility in the famous TV program.

The University of Santo Tomas-trained Libiran unveiled the Hello Kitty collection he did for the show at the posh Seventh High Club in The Fort to wild cheers and applause, palanggas.

From garments to home décor, bed fabrics and accessories, the collection maximizes the benefits of linen, silk and cool organic cotton, which is just perfect for the awful humidity we are having these days, palanggas.

Styled by the self-proclaimed lover of anything Japanese, Cecile Zamora van Straten aka “Chuvaness,” the collection was minimalist. I was told it was “sophisticated, yet practical for individuals who love a no-fuss, stylish vibe.”

Après the chitchat and nibbly cocktail finger food, the excitement got even higher when Muji raffled off two economy round-trip tickets to Japan via Delta Airlines. Leading the raffle were Katsutoshi Suzuki, business development unit manager of Muji’s overseas operations division, and SSI’s Catherine Huang, no less. Assisting them were Cecile and husband Jeroen van Straten.

“Muji supports Fairtrade Organization, an international body promoting the welfare of small-scale producers and farm workers of coffee and tea in developing countries,” Cecile told us. “Customers can extend this experience to the thousands of fair trade farmers all over the globe.”

It was clear, dahlings, that everyone enjoyed the sophisticated pieces from Muji. The collection really urged everyone to live totally the New Life in style, di bala, palanggas?

Muji is at Bonifacio High Street, Rockwell Power Plant Mall, Greenbelt 3, SM Mall of Asia, Rustan’s Makati and 158 Designers’ Boulevard at The Podium. The collection will be available for a limited period at Alabang Town Center.

DJ Vice, who brought the house down at Republiq on September 2011, was back June 8 during the launch of the latest and most anticipated mobile phone from HTC—the HTC One X, no less powered by Smart, naturellement!

The crowd went wild, cheering louder while the songs moved from one mix to another. Meanwhile, the mob got their hands on the HTC One X, experiencing its awesome features, such as web browsing that’s “lightning-fast” and a quad-core processor that packs an amazing picture quality and gaming visuals.

The phone’s HD camera captures crystal-clear crisp images and HD videos. But the best part is that HTC One X is powered by Beats Audio, providing the best audio experience for music enthusiasts and techies alike.

Smart provides the best browsing experience for HTC One X. It has millions of subscribers and the strongest connection that allows one to share more, play more, live more.

The big day is about to blast off. On Aug. 12, Rexona will hold Rexona Run 2012 at the SM Mall of Asia. This year’s theme is “Outrun Yourself,” and Rexona encourages runners to step up their performance.

Representatives from JCI Manila and Gawad Kalinga, led by Richard Estuesta and Nonoy Marquez, were also on hand. Rexona executives said they will continue to work with the two NGOs, especially with their sports development programs.

“Participants can choose from 5K, 21K Solo and, for the first time ever, the 21K relay,” coach Rio de la Cruz told us. “The new category is designed to inspire 5K and 10K runners to raise their level by taking part in the more challenging 21K race, where a team of two runners will run a relay for them to finish the 21K distance.”

Check out the run, palanggas. Registration is until July 29 at Riovana stores in Bonifacio Global City and Katipunan; Toby’s branches in TriNoma and SM Mall of Asia.

Go beyond your limits, palanggas. Outrun yourself with Rexona Run.