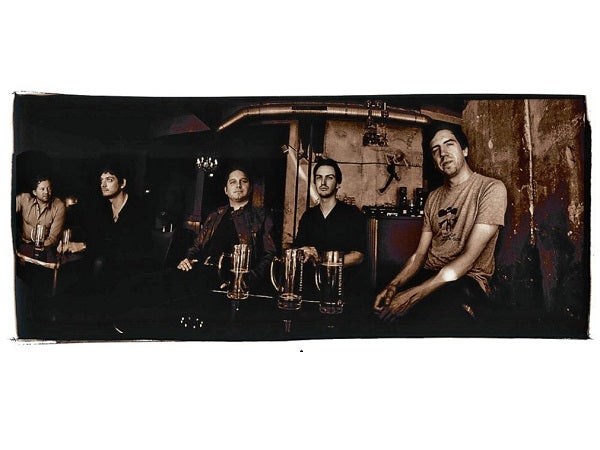 A tantalizing taste of ‘Snow’ in August

The weather forecast predicts rain for the coming months. The concert forecast, meanwhile, promises Pinoy concertgoers their first taste of snow in August. Snow Patrol, that is.

The Scotland-based Irish rock outfit will bring their promotional tour for their sixth studio album “Fallen Empires” to Manila on August 9 at the Smart Araneta Coliseum—smack in the middle of the rock band invasion that sees Smashing Pumpkins and Tears for Fears also shaking up the Big Dome that same week.

Along with their heartrending classics such as “Run,” “Chasing Cars,” and “Signal Fire” from the “Spider-Man 3” soundtrack, the lads are expected to play their current hits from “Empires,” notably “Called Out In The Dark,” “In The End,” and the bittersweet piano ballad “New York.” The lineup consists of Gary Lightbody (lead vocals, rhythm guitar), Nathan Connolly (lead guitar, backing vocals), Paul Wilson (bass guitar, backing vocals), Tom Simpson (keyboards), and Jonny Quinn (drums, percussion).

As with most fledgling bands, the first few years were the hardest. Even with the moderate success of their indie albums “Songs for Polarbears” and “When It’s All Over We Still Have to Clear Up” in the UK, the members struggled to make ends meet. The years saw them dealing with label and member lineup changes before finally hitting pay dirt nearly a decade later. With the help of producer Jacknife Lee, who’s worked with Eminem and Basement Jaxx, they released their first major label album, “Final Straw,” in 2003 under Polydor Records, spawning the hit singles “Run,” “Chocolate,” and “How to Be Dead.” This gave Snow Patrol their first taste of mainstream success, with the album reaching the US and selling over 250,000 copies. The band then embarked on an extensive touring circuit for their album, and also opened for U2 in the latter’s Vertigo Tour.

Multiplatinum success
Snow Patrol’s remarkable talent and penchant for earnest lyrics finally gained worldwide recognition with the release of the multiplatinum record “Eyes Open” in 2006, the carrier single of which was the Grammy-nominated TV soundtrack staple “Chasing Cars.” This was followed by two more bestselling albums, 2008’s “A Hundred Million Suns” and a compilation, “Up to Now,” which effectively established the band’s foothold in the music industry.

Their sound may have edged closer to the mainstream with “Empires,” but thanks to Lightbody’s brooding baritone and ever-poignant lyrics, it certainly hasn’t lost that subtly entreating indie quality that creeps up on you when you’re not paying attention. From “Run” all the way to “New York,” Snow Patrol’s repertoire sweetly sings of melancholy epiphanies about life, and of tender eulogies that mourn the passing of a love not meant to be.

Buoyant but never euphoric, bittersweet but not quite depressing, the band’s songs largely appeal to that niche of musicphiles who prefer a quiet, introspective kind of alt-rock over flashy, blaring pop hooks. If anything, Snow Patrol’s music is made for bed weather—the kind that makes you wax sentimental while curled up with a good book and a hot mug of coffee. Or while watching “Grey’s Anatomy” reruns. Perfect for a rainy month ahead.