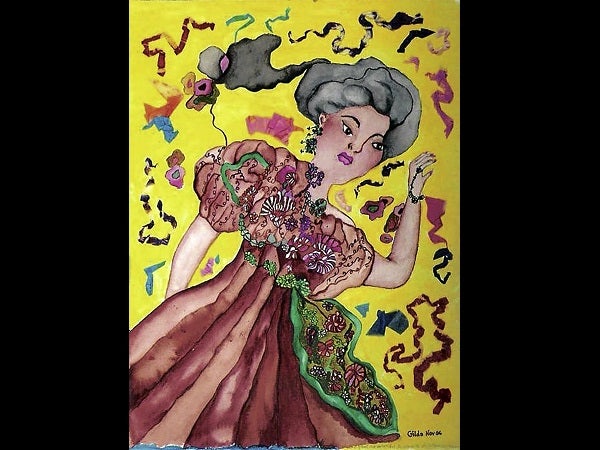 One night, after watching an opera, my friend Mariel and I were hungry. It was past 1 a.m. Only the Manila Hotel Tap Room was still open for chow. It was our only option if we didn’t wish to appear ridiculous in our spangled semi-formals. Although we were already women of a certain age and trying-hard sophisticates, I still felt a slight unease about being without a male escort at that witching hour.

But we saw that right next was a table of eight or so unescorted young women, happily eating, drinking and laughing away, as if men had become superfluous. How did that happen overnight while we weren’t looking?

Over a fat, overloaded pizza, Mariel couldn’t help waxing nostalgic about the poor, disappeared macho male. We had, in fact, grown up in a golden era when the men were gallant—and indispensable. They fetched us for a date in their car, gifted us with flowers and Whitman chocolates and paid for our dinner (never “kkb”).

When we married them, they felt it their duty to support us, whims and all. They earned the daily bread without our help (or were we just lucky?). In return we were completely under male domination. Despite our dependence, however, most of us still managed to do our thing and saw no reason to complain. We nurtured our families, pursued careers, caviled in the moonlight. But soon we became aware that machos often oppressed women and gays.

The tipping point was economic. Women soon learned to hold jobs and earn almost as much as the males. Women begot power. Males retooled. From being so macho, they were now, everyone was complaining, getting too soft while women were getting too liberated.

Expectations were changing. Girls no longer rushed into marriage and long relationships developed into live-in arrangements. When single girls got pregnant they were not forced into marriage by their parents who merely advised them to “think it over well.” Other parents didn’t disapprove of them since they likely had such a problem, too.

Liberated women produced more liberated young men and women. Males became less answerable to everything. Too many of them hardly brought home enough bacon yet refused to share domestic chores. Gays came into their own. Loving gays emerged out of bauls and closets and were happy in the fresh air.

Where have all the marriageable boys gone? asked beautiful and talented Mitzi Borromeo who, in her early 30s, still had no boyfriend, not by choice. Are there really more girls now than boys? became a burning question. (To top it all, gays were after the same guys, too!)

Not verified by science! said Maribel Garcia, head honcho of Mind Museum. “Studies are showing that pollution is turning out more males. That there seem to be more gays than ever is because the culture now accepts it.”

I still remember when “gay” simply meant happy. “Bakla” was not “homosexual,” it meant “to be in a quandary,” to be undecided. The Tagalog Pasyon even says “Si Kristo ay nabakla.” He was perplexed, undecided, “alanganin.” Neither here nor there began to be applied to gender, too.

Through the years, my classification system has blurred considerably. Early on, two young men with two young women had, together, arrived from a cruise and were introduced to me. Who’s the boyfriend of whom? I asked innocently, only to realize that the two guys were the couple and the two girls were another duo.

In my theater-producing days, I noted, too, that actors and costume designers were generally gay. The backstage female crew, who barked the orders and made sure they were carried out, were tomboys. To my mind, being gay is not a simple matter of wanting to be the opposite gender, it is a desire to be free of the rigid roles imposed by society on them.

In my time, the ’30s, and even decades before, the macho was king. The patriarchy ruled, and women obeyed. Males controlled everything and their word was law. Something had to give—and did.

From the extreme left of the swinging pendulum we are now on the extreme right. Fed-up wives are beginning to desert macho husbands who have girlfriends on the side. Machos find younger wives who can control them better. The gays have come out on top and they are marrying each other and multiplying. Since they are part of the sisterhood, they know how it feels to be a woman. Now chauvinistic males have had to look deep into their hearts to rediscover what it means to be a man—or a human being, for that matter. According to those who understand evolution, eventually the pendulum will swing back. Not to reinstate the old macho culture, but to bring about some balance, a world of greater equality, acceptance and love.

So how does this connect to two seniors stranded at 1 a.m. in a bar? That I realized how truly I enjoy being old and have no desire to be young again. “Old” is just too good, at least the “old” I want to be. And that is, not to accept stereotypes “torn out of life, preserved, useless, in some strong casket with only one key” (Virginia Woolf). It also includes being grateful to the macho males who have been good to us. So while some of our best friends may be gay, and while you may see us on nights out enjoying other women’s company, here are a thousand kisses to all the men we have loved. May we meet again in a more enlightened incarnation.

Nota bene: The more intelligent observations in this article were added by Mariel Francisco over a glass of sauvignon blanc.