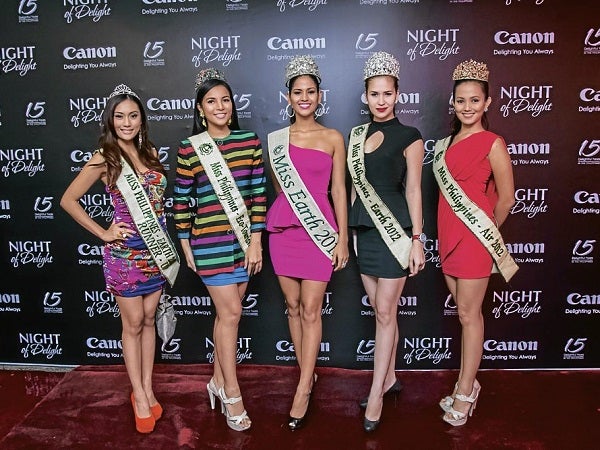 Loving fast cars and toys for the big boys

My father’s father, Benito Prieto, loved fast cars. Lolo Bibilo’s fave was a Mercedes-Benz 300 SL coupe, with iconic “gullwing” doors that opened up toward the sky to enchant his awestruck grandchildren. We called it his spaceship.

Fast forward to the 20th anniversary of Cats Motors, with its impressive display of Mercedes-Benz cars including the same stunning coupe. Could this be lolo’s car?

Cats Motors, the premier luxury brand vehicle importer, celebrated its partnership with Mercedes-Benz with two unique milestones: the launch of its new Mercedes-Benz flagship showroom and the arrival of the new and legendary Mercedes-Benz SL Roadster.

The entrance to the expansive showroom is lined with memorabilia from when Felix Ang, the visionary president of Cats, started his first car dealership 20 years ago. Most won’t notice the photos though as they are right beside vintage Mercs dating back to the ’50s.

Wolfgang Huppenbauer, president of Daimler South East Asia, talked about their long-term partnership and shared vision with Cats. The luxury marque is looking to an even most exciting future in our country.

Felix is understandably upbeat these days. He and wife Grace have a new baby, Francesca Grace, so they have much to be thankful for. Staying on the personal side, my sister Sandy Romualdez will be competing next month in the Asian Finals of the Mercedes Trophy in Australia. My parents, Alex and Marixi Prieto, will be flying there, too, to cheer for her and the local Mercedes team.

The Mercedes Trophy is an international, golfing extravaganza of the brand. The winners at the Asian Finals qualify for the World Final in Stuttgart, Germany. Good luck, sis!

Another brand celebrating an important milestone is Canon. The digital imaging leader celebrated 15 years in the country honoring their partners at a grand occasion at the Harbor Garden Tent of Sofitel Philippine Plaza. “Night of Delight” was a special celebration to say thanks to all the Canon lovers.

Canon president Alan Chng has been responsible for steering Canon Philippines to its solid place in imaging today. He credited his dynamic team and the company’s partners that have steadily grown and expanded local operations.

Like many successful companies, Canon Philippines has an excellent corporate social responsibility program. Its advocacies include Canon GreenNation, Canon Project Rebuild, Print for Smiles and Reams of Hope, among other socio-civic projects. Canon is also an annual sponsor of the Red Charity Gala that Kaye Tinga and I co-chair. We have a special photo exhibit brewing up this September as part of that upcoming gala.

At the Canon party, Ambassador Urabe told me about the wonderful traveling exhibit of Sharaku Interpreted by Japan’s contemporary artists. The exhibit is about Toshusai Sharaku, one of Japan’s great masters of ukiyo-e woodblock printing.

He told me that ukiyo-e are “pictures of the floating world,” and the exhibit includes an ukiyo-e printmaking demonstration with guest lecturers from the Adachi Institute of Woodcut Prints.

The exhibit is at the Ayala Museum until Sept. 16, thanks to the Embassy of Japan, Japan Foundation-Manila, Ayala Museum and Muji. (E-mail [email protected])

It’s always a pleasure to see great art, especially when coupled with a good deed. When Chris Botti came to Manila last June, there was more to his itinerary than a one-night roadshow.

The artist, who harbors a soft spot for young musical talent, also made room on his schedule for a master class with the kids of the Young Musicians Development Organization (YMDO), a nonprofit group chaired by former first daughter Irene Marcos-Araneta. The YMDO helps out musically gifted but underprivileged youth—providing them avenues to hone their skills and perfect their craft through training and public performances.

Immediately after his press conference, Chris Botti ambled into the Genting Club at Resorts World Manila and sat down with the wide-eyed, star-struck youngsters who were more than eager to lap up the wisdom flowing from America’s favorite jazz instrumentalist. And, as any master class goes, Chris took the time to listen and coach a handful of the kids who performed for him and went home that night with pockets full of useful tips on techniques.

Among the lucky musicians was 11-year-old prodigy John Philip “JP” Santa Ana. So taken was the master trumpeter by the boy, that he invited him to play at his concert the following night.

While playing with an artist of Chris Botti’s stature may prove nerve-wracking for any musician, JP proved that kids can walk tall amongst titans as he performed “Carnival of Venice” before an appreciative audience of jazz aficionados.

He also suited up for a duet with Botti on the song, “Italia,” keeping up with the master with his smaller cornet. Afterwards, Chris promised to send JP his first real trumpet, and true to his word, the special shipment is now with JP. (Check out the YouTube video of how a young musician plays on a trumpet from his master Chris Botti at youtu.be/ztmtgOOpu38.)

I hope that’s the sort of feel-good story that makes your Sunday just a wee bit sunnier.