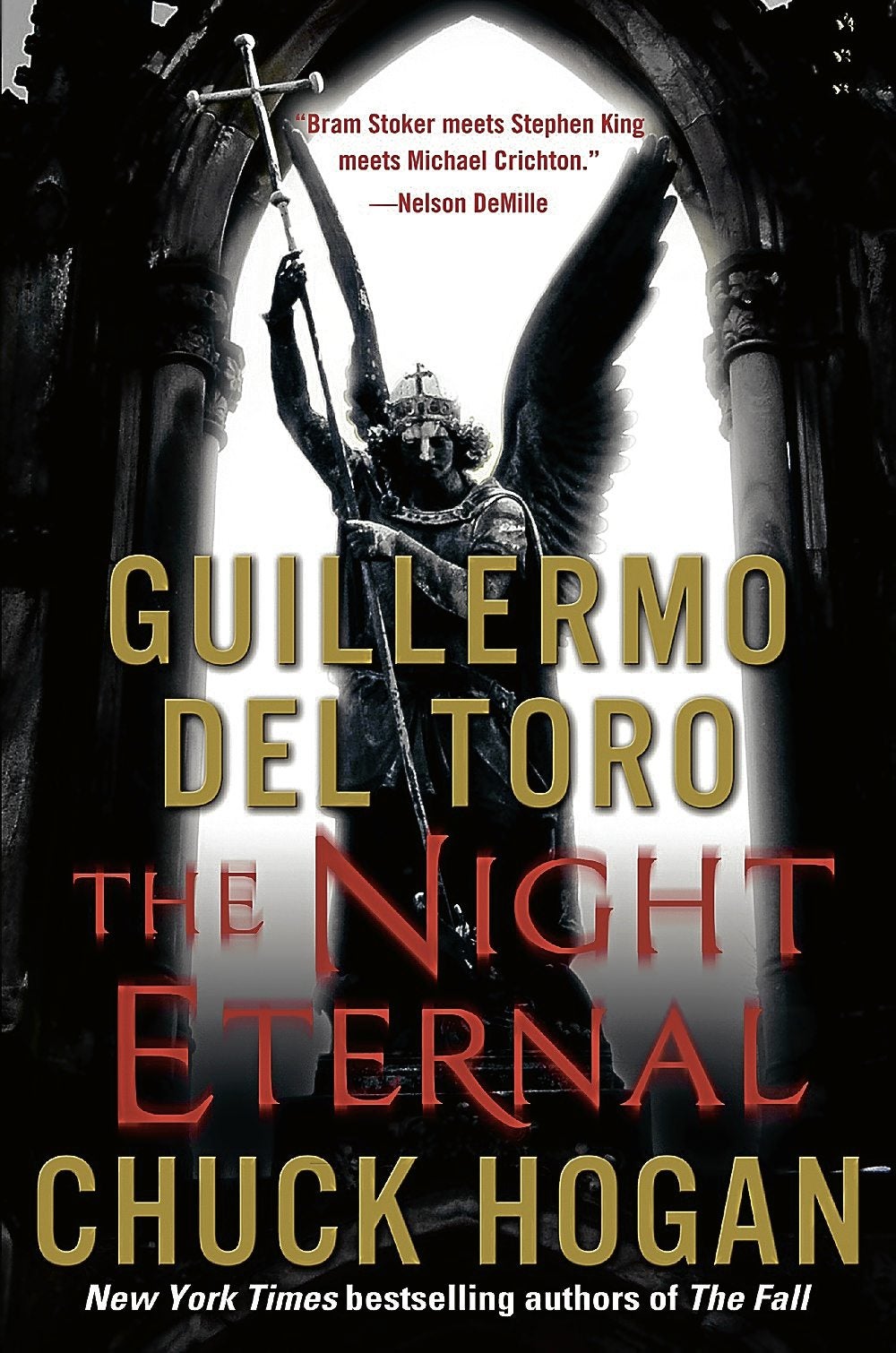 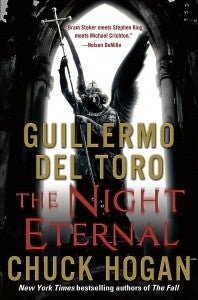 Perhaps one of the good things to come out of the “Twilight” phenomenon is that it has unleashed a broad range of vampire stories on the bookshelves.

Swooping far afield from the emo matinee idols with fangs are the more frightening variety of bloodsuckers unearthed in a far more serious branch of vampire books.

Right at the top of the list were 2009’s “The Strain” and 2010’s “The Fall,” the first two volumes of “The Strain Trilogy” from the intriguing novelist pairing of director Guillermo del Toro (“Hellboy” and “Pan’s Labyrinth”) and fictionist Chuck Hogan (“Prince of Thieves”).

The duo’s vision of a vampire apocalypse loosed upon the Earth by an immortal creature known as the Master is as terrifying as it is intoxicating. After the plague arrives aboard a mysteriously dead airplane, Regis Air 777, at JFK Airport in New York City, Centers for Disease Control scientist Ephraim Goodweather hastily gathers comrades to battle the oncoming invasion as well as widespread disbelief about the vampires—until it’s too late.

“The Strain” and “The Fall” were pitch perfect horror novels, enthralling readers with one tense set piece after another even as everything starts to go wrong.

That leaves so much to be done with the final book, “The Night Eternal: Book III of the Strain Trilogy” (William Morrow, New York, 2011, 371 pages), maybe too much.

It is now two years after the vampires arrived and took over the world, now running industry and society with the remaining humans either farmed for blood or little better than slaves. They’ve even managed to literally extend the night, leaving two precious daylight hours for them to fear. Goodweather’s group had suffered terrible losses after their ultimate gambit in “The Fall” failed and now must battle internal dissension and suspicion as well as the vampires’ relentless pursuit.

Goodweather is running himself ragged as he seeks to find his son Zack, who was taken by the Master.

But the little resistance group finds an unlikely ally in the half-blood Mr. Quinlan and the exterminator Vassily Fet has gotten his hands on a nuclear weapon. Together with former gangbanger Gus and scientist Nora Martinez, among others, the humans are planning a desperate final strike even as an act of betrayal threatens to torpedo their plans.

If anything, the action in “Eternal” is even more frenetic than in the previous volumes, with the final cliffhanger fueled by several separate surprises. It takes a lot to set up the novel’s denouement, and it can get a bit overwhelming. The character development is continued with purpose, as Goodweather, ostensibly the trilogy’s protagonist, is driven to the edge to a point where one questions whether he is still the hero or not. Though a belated revelation, Mr. Quinlan provides just the right amount of enigma to keep readers interested, and a member of Goodweather’s crew ascends to a new level of competence in this strike at the Master.

“The Strain Trilogy’”s strongest point has always been its depiction of vampires. The feral, nearly mindless and hairless monsters were so frightening because Del Toro and Hogan had hatched them with a heavily scientific framework. Because of that, they were so real. But in “Eternal,” Del Toro and Hogan jettison that for a bizarrely supernatural origin that goes completely in the opposite direction. It’s sad, really.

As a final chapter, “The Night Eternal” has its dark thrills and does answer all the questions resurrected by the previous two books, but the answers strain the trilogy’s carefully constructed structure. Now, lovers of fearsome vampires will have to wait for October’s “The Twelve” from Justin Cronin (sequel to the similarly bleakly vampiric “The Passage”) for hopeful satisfaction. Instead of a nourishing meal, Gullermo del Toro and Chuck Hogan’s “The Strain Trilogy” just ends up with a bloody mess.