'End of the Rainbow' to close on Broadway Aug. 19 | Inquirer Lifestyle ❮ ❯ 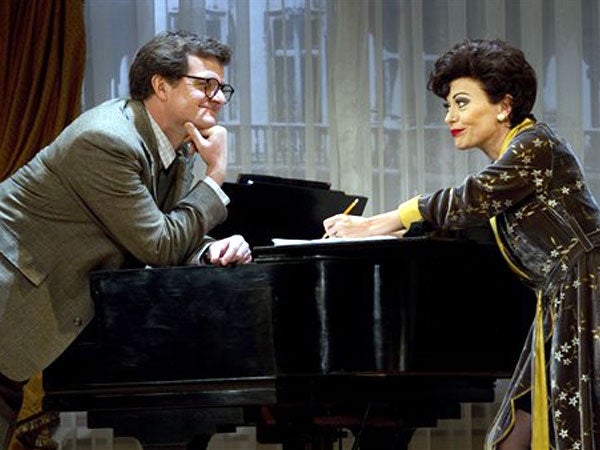 In this undated file theater photo released by The O & M Company, Michael Cumpsty, left, and Tracie Bennett are shown in a scene from "End of the Rainbow," in New York. (AP Photo/The O & M Company, Carol Rosegg, File)

‘End of the Rainbow’ to close on Broadway Aug. 19

NEW YORK — It’s the end of the Broadway rainbow for “‘End of the Rainbow.”

Producers said Tuesday the play about Judy Garland’s last days will close Aug. 19, having played a total of 176 performances at the Belasco Theatre.

The show, which played in London before landing in New York, earned English star Tracie Bennett a 2012 Drama Desk and Outer Critics Circle awards as well as a Tony Award nomination.

A national tour is being planned and a film adaptation, also starring Bennett, is currently in development. The actress also has a CD out, “Tracie Bennett Sings Judy.”