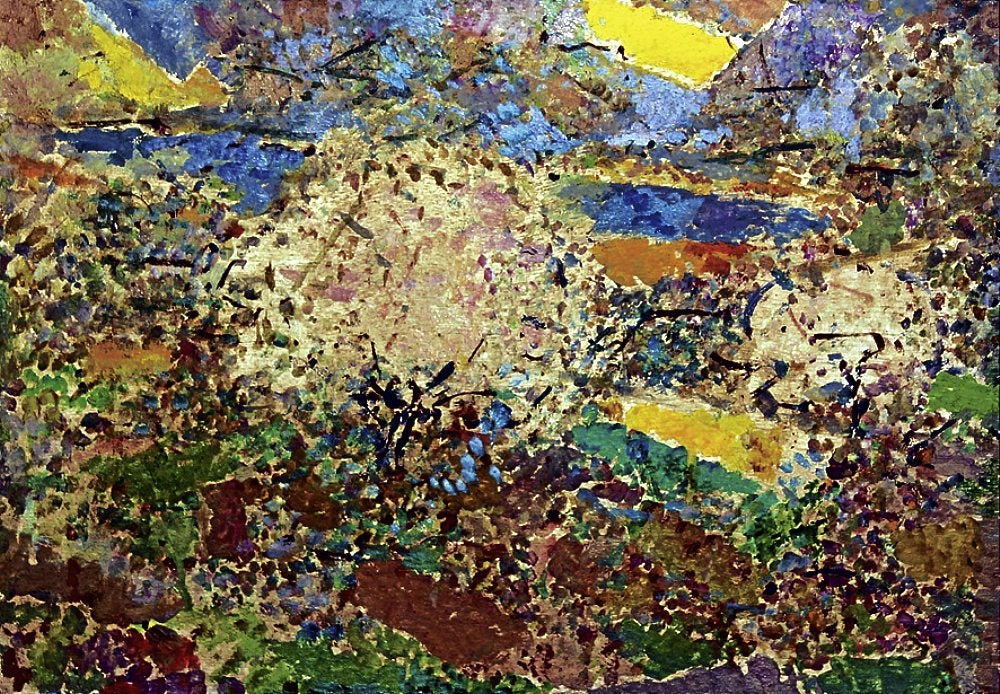 A mosaic of random shapes appearing as color bursts formed by daubs of paint in mingling hues and tones suddenly reveals a softly muted idyllic countryside.

The seeming view-from-a-hill is a neo-Impressionist rendition by Macario Vitalis (1898-1989) of many a charming sight in the different regions of France where he took up residence since the late ’20s.

Such pieces that rarely come home to the Philippines are showcased in “Vitalis:  The French Connection” at Leon Gallery, Corinthian Plaza, Legazpi Village, Makati City.

That Vitalis chose to live in the country where his painting styles and techniques originated was but a continuing pursuit of artistry.  For this he was revered and feted by the French communities where he stayed and was even declared an honorary Breton.

The artist left Ilocos Sur as a young man to study art in San Francisco in 1917.  He left for England in 1925, then finally headed to the artists’ enclave of Montmarte the following year.

He also lived in Puteaux, where he met staunch patrons. He survived detention at a German camp in Compiègne during WWII.  In 1957, the artist settled in Plestin-Les Greves in the northwestern region of Brittany.

The coast of seaside territory Bretagne is a favored subject that lends itself very well to the pointillist technique used by Vitalis.

The main aim is to render pure color and optimal luminescence by directly painting dots of pigment without prior mixing on a palette. This method is apt to show the reflective crystalline facets caused by prismatic refraction when light hits the waters, or the heat haze brought by prominent sunshine.

Like pointillist forerunner Paul Signac, Vitalis seemed also to veer away from neo-Impressionist pioneer Georges Seurat’s definite round points of color.  Signac would later use broader, longer strokes that nonetheless allowed the separation of colors in order for them to blend optically, also called divisionism.

Vitalis’ own pointillist brand is characterized by short, sharp staccato strokes that yield a pulsing vibrancy closer to that of a Van Gogh rather than the more precisely shaped forms of Signac.

Unlike most divisionists who avoided religious compositions, a painting of the Crucifixion is given searing poignancy by Vitalis with his application of pigment that, up close, seems to underscore each welt, each wound, and all pain.

The presentation is notable because it is a summary of the eclectic artist’s progression from pointillist to some of his subsequent styles.

As his sharp strokes enlarged, black outlines began to aid in silhouette definition, and figures took on angled appearances that enhanced bustling, crowded compositions that were precursors of Cubism.

The Crucifixion and the portrait of the French country lass are indicative of his skill at depicting the human form. Later, using an approach more Manet than Monet, he would paint “The Magician,” which was acquired just last year by the Bangko Sentral to add to its venerable collection.

It is the portrait of a man doing magic, his face and body detailed not by separate dots but with Vitalis’ full-bodied, colorful sleight-of-hand.