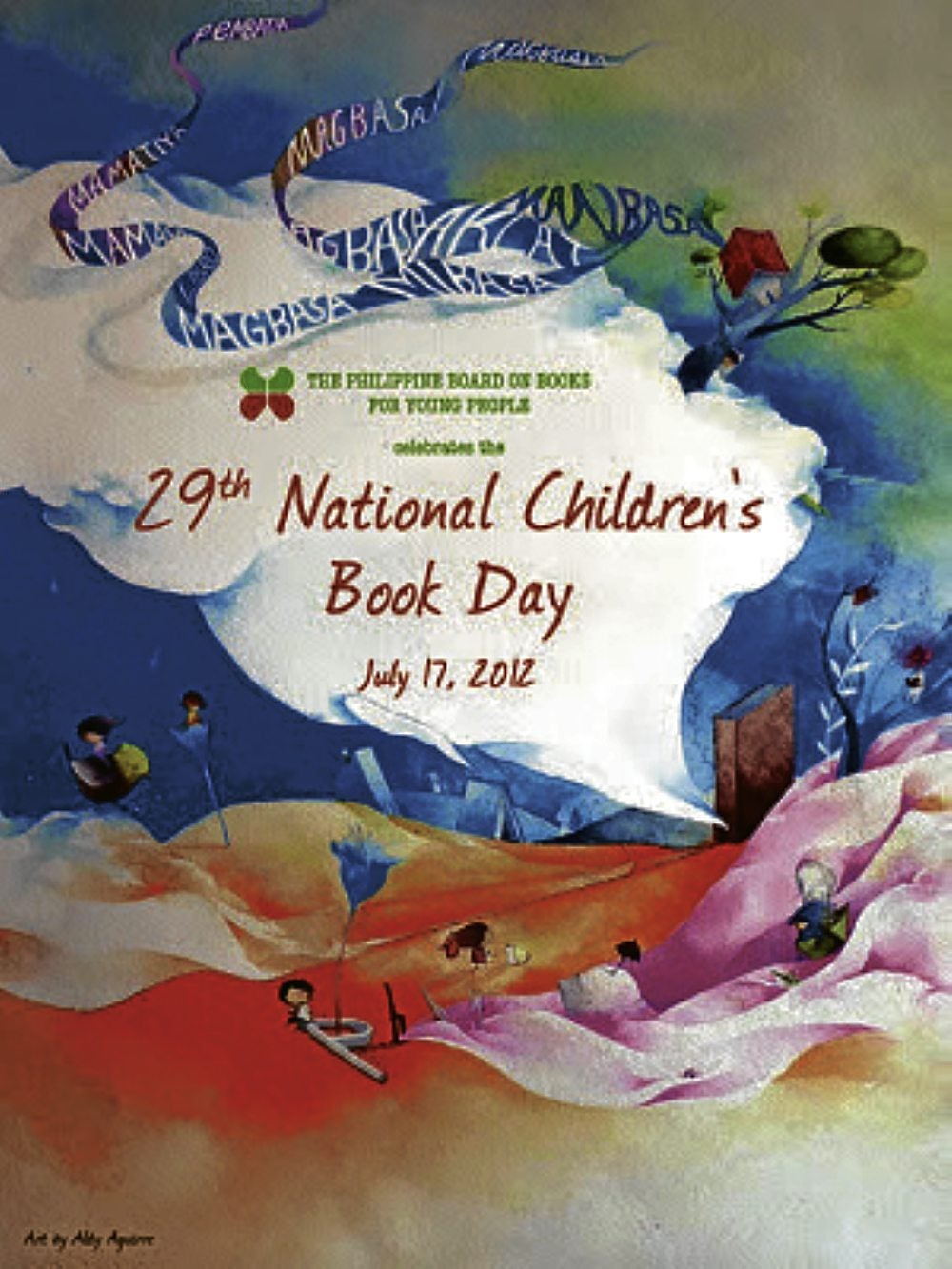 As tradition has dictated for the past 29 years, National Children’s Book Day is celebrated on the third Tuesday in July.

This year’s theme was “Masayang Magbasa sa Sariling Wika,” in support of the mother tongue initiatives of the Department of Education.

The poster was executed by Aldy Aguirre and carried the words for “reading” in 10 different languages.  These include mibasa (Sebwano), manbasa (Pangasinense), magbassa (not a typo, that is a double s in Tausug), and pembatia (Maguindanaon).

How could this midmorning ceremony at the Museo Pambata be anything less than memorable with its many touches of unintended humor and faux pas?

The awards were given out by the National Book Development Board NBDB  (NBDB) and Philippine Board on Books for Young People (PBBY) in ceremonies at the Mind Museum in Taguig City.

Keynote speaker, dean Dina Ocampo of the UP College of Education, could not begin her presentation without breaking out into a guffaw, because her Powerpoint carried her own version of the slogan. Instead of “masaya,” her theme was “Masarap Magbasa sa Sariling Wika—but who could tell the difference between “masarap” and “masaya?”

She allowed the audience to experience the difficulties students were confronted with when presented with a language they could read phonetically and syntactically, but could not truly understand.

There were exercises in Latin and in English, but with terms and jargon not commonly used in everyday dialogue. No one needed any further convincing that one’s first language was the best way to learn other languages, or to learn, period.

And when it was the turn of illustrator Hubert Fucio, the PBBY-Alcala Prize winner, to be awarded, the large medal hanging from a ribbon around his neck fell, and not because of its weight in “gold.”

For his few minutes of fame on stage and in photo op, PBBY-Salanga winner Russell Molina, who wrote “Ano’ng Gupit Natin Ngayon?,” gamely  lent his medal.  With that, Fucio felt he was in a good bargaining position to ask if he could take home as part of his prize the red barber’s chair set up by the hall which his daughter had taken a fancy to.

How appropriate that for a day dedicated to youth and reading, two young girls of the winners were playfully weaving in and out of the rows of seated guests throughout the program, oblivious to all the adult talk.

All of this broke the ice and made for one of the liveliest and happiest ceremonies of the yearly awards, with the usual proud presentation of the past year’s new titles from Adarna, Anvil, Ilaw ng Tahanan, Lampara and Vibal.

The barber shop setup with a giant pair of cardboard scissors was in keeping with the setting of the award-winning story, a charming one about a father and a child.

A much-applauded highlight of the program was the simultaneous reading of the story in  two languages. PBBY chair Zarah Gagatiga read it in English, while Abner Delina read it in Hiligaynon, a translation he did.

It is interesting to note that this was the second time the Molina-Fucio tandem had won the awards.  In 2003, Molina’s winning story was “Sandosenang Kuya,” for which Fucio did the winning illustrations.

In attendance were teachers and librarians from the public schools of Manila, reassuring us that books and reading would continue to be a priority in the capital.

Thanks to Ponciano Menguito, Division of Manila City Schools superintendent, and Leonila Galvez, president of the Children’s Literature Association of the Philippines.