The Russians have come, are here | Lifestyle.INQ ❮ ❯ 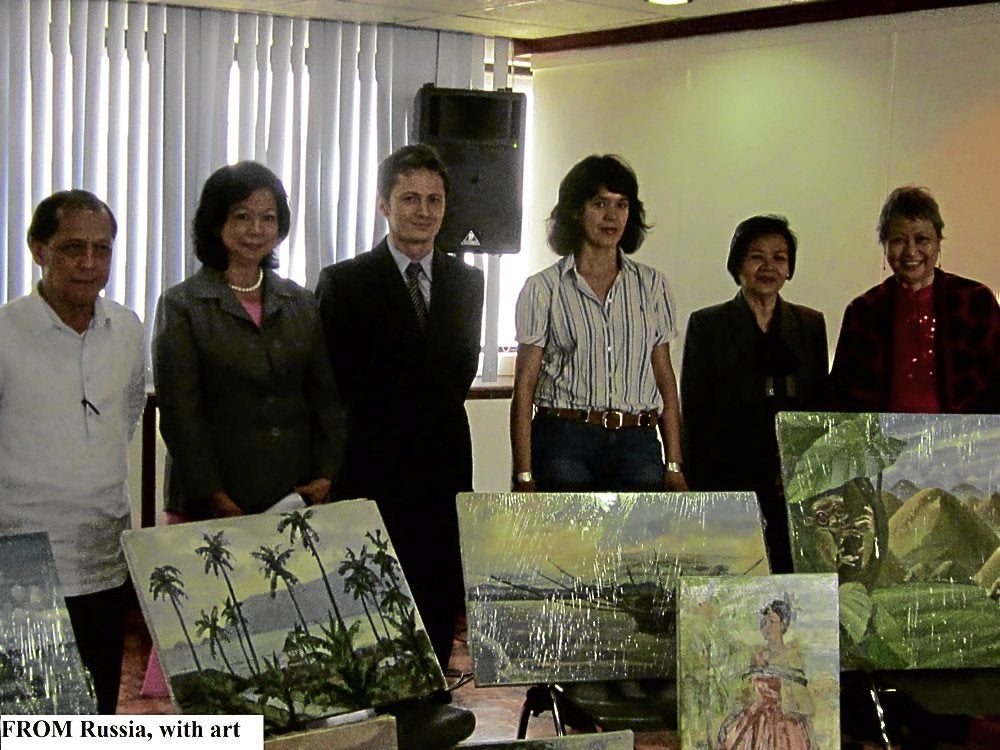 The Russians have come, are here

In tribute to the Philippines being declared Association of Southeast Asian Nations (Asean) Culture Capital for 2010-2011, a group of Russian visual artists, numbering 14, visited the country late last year.

And through their paintings, they captured the beauty of major tourist destinations.

Sponsored by the local governments, the Russians visited such places as Vigan City, a World Heritage Site because of its ancestral homes; the provinces of Cebu, Bohol, Laguna and Batangas; Baler, capital town of Aurora; the Shrine City of Dapitan in Zamboanga del Norte; and Muntinlupa City (where they interacted with prisoners) in Metro Manila.

In an impressionistic style, they did landscapes, seascapes; fisherfolk earning their livelihood; heritage houses; ecological wonders like the Chocolate Hills; and other landmarks and features of our archipelago nation, so different from their own country.

Four of the artists have returned to the country. And some of the many paintings done have been shipped here and will be exhibited at the Senate Aug. 6-10, and the House of Representatives Aug. 13-17.

The show is titled “To the Islands of Sampaguita.”

This was announced at a recent press conference at the Department of Foreign Affairs (DFA), where several of the paintings were displayed.

Serving as panelists were Alexei Illyuviev, Third Secretary of the Russian Embassy; Olga Yausheva of the Russian Bureau of Creative Expeditions; Cecile Guidote-Alvarez, director of Unesco Dream Center; Elizabeth P. Buensuceso of the DFA’s Office of European Affairs; Ambassador-Designate to Russia Alejandro B. Mosquera; and Emelita V. Almosara, executive director of the National Commission for Culture and the Arts (NCCA).

Speaking in Russian, her remarks interpreted by Illyuviev, Yausheva said the artists, age 24-85, “have already shown their works in Moscow and major cities of Russia, and that there are very many paintings and only a small part arrived here.”

She added: “There were many beautiful places… very romantic, and every place had something interesting. It was a very unusual holiday [for the artists]. Their goal was to feel the landmarks of the country.”

The artists will visit other Asean countries in the future.

Mosquera said the event showed “a strong interest in, and appreciation of, the country on the part of the Russians. In 2010, only 7,000 Russians visited the country, according to the Department of Tourism. But last year the number increased to 31,000.”