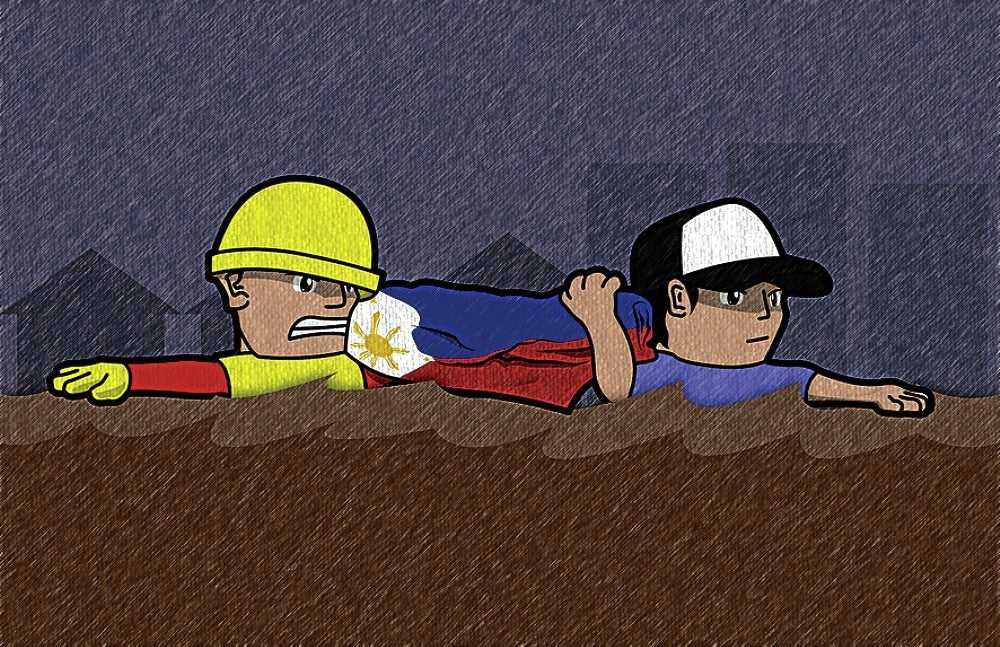 The young go graphic against calamity

In old Filipino society, bayanihan is displayed in the tradition of neighbors helping a relocating family by getting enough volunteers to carry the whole house, and literally moving it to its new location. They do this by placing long bamboo poles lengthwise and crosswise under the house (traditional Filipino houses were built on stilts), and then carrying the house on this bamboo frame. It takes a fairly large number of people—often 20 or more—working together to carry the entire house. All this is done in a happy and festive mood. At the end of the day, the moving family expresses its gratitude by hosting a small feast for everyone.

The last rains proved that the bayanihan spirit is still alive among Filipinos. It can manifest itself in many forms, and creative Pinoy youth brought this spirit into the realm of art.

Graphic designs posted in different social media made it possible to mobilize many Filipinos throughout the country and around the world to help each other and work together toward a common goal—to rescue kababayan victimized by floods.

Bayanihan is a culture that is embedded among Filipinos. It is truly and proudly Pinoy. And in modern times, it is no longer the collective effort of relocating a bahay kubo, but the unified effort to alleviate each other’s misery.  Bayanihan is doing one’s part to achieve the communal goal.