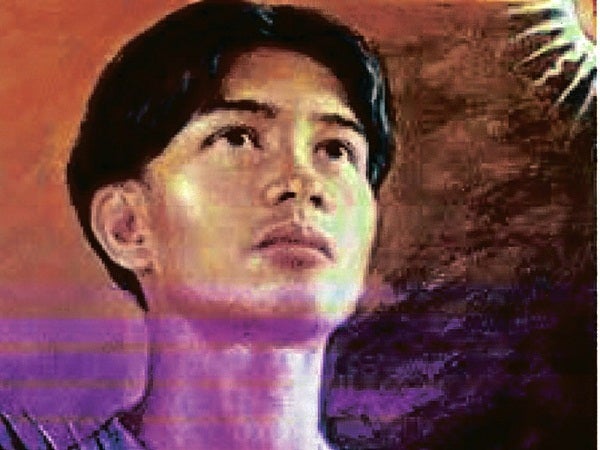 Filipinos in Rome to hold Triduum of Masses for Calungsod canonization

Blessed Pedro Calungsod will be canonized in Rome on Oct. 21 with six others, mostly founders of religious orders, and Blessed Kateri, set to become the first American-Indian saint.

Calungsod should be a role model for the Filipino youth. He was just 16 when he was martyred in Guam on April 2, 1672. The Jesuit archives in Rome describe him as a young migrant from the Visayas, a student, a catechist and missionary.

When canonized, Calungsod will become the second Filipino saint after San Lorenzo Ruiz de Manila, who was martyred in Japan along with Dominican missionaries also in the 17th century.

Thousands of pilgrims from the Philippines, mostly Cebuanos, are travelling to Rome for the canonization.

Adam’s Travel leaves Manila on Oct. 5 on a Marian pilgrimage that will end in Rome in time for the canonization.

Another group, headed by Fr. Rodel Paulino as chaplain, will leave on Oct. 19 on a pilgrimage to  San Giovanni Rotondo, Assisi, Venice, before going to Rome and coming back to Manila on Oct. 28.

In celebration of the life and martyrdom of Blessed Pedro Calungsod, writer-director Francis O. Villacorta is mounting the play “Pedro Calungsod: Batang Santo” this August.

The play traces the life of the martyr as a young catechist and missionary in the Spanish mission to the Marianas Islands between 1668-1672 under the leadership of Jesuit priest Padre Diego Luis de San Vitores.

Calungsod served under the Jesuit priest until his death on April 2, 1672, in Tumhon Bay in Guam.

Krakow in Poland was where Pope John Paul II served as  archbishop before he became pope.

Now part of the itinerary in religious pilgrimages to Eastern Europe is John Paul’s house in Widowice, which is now a museum containing mementos of the beloved pope.

The Krakow Cathedral inside the Wawel fortress and St. Mary’s Church, famous for its baroque altar and life-size Marian images, are also part of the itinerary.

Here also lies the Convent Chapel of Saint Faustina to whom Christ had apparitions to propagate the Divine Mercy Movement (“Jesus, I trust in You”).

Three groups of Filipino pilgrims are set to depart to Eastern Europe for a visit of Germany, Austria, Slovakia, Poland, Czech Republic, Slovenia and Hungary this Sept. 17 with Fr. Lambert Legaspino; Sept. 24 with Fr. Blaise Garcia; and Oct. 8 with Fr. Alex Thomas.

Optional extension tours to Russia and Switzerland are available. For details, call Adam’s Travel at 5223876.

The children of Josefa Dabu from the United States and Canada will come home for her 100th birthday on Aug. 18.

My friend Carmelita Dabu told me that her late Papa (Dr. Floro V. Dabu) was in the Cabinet of President Diosdado Macapagal and his contemporaries and other friends would be happy to know that her  mother is still very much alive and well.

Whatever gifts and love offerings friends will give will go to the Daughters of Mary Immaculate whose foundress was the late Mother Mary Therese Vicente. It is a semicontemplative order established in 1966 in the Archdiocese of Caceres whose charism is making Our Lady known as a loving Mother to all people through services to the young, elderly and the destitute.

The religious order was recently granted the Pontifical Right by the Holy Father, effective Aug. 15. It now has convent houses in Manila, Novaliches, Bicol Region, Pampanga, Nueva Ecija, Australia, the US and the Caribbean. Any assistance given directly to them is greatly appreciated.

The convent on R. Hidalgo St. in Quiapo is the Convent of the Holy Face.

Our Lady of Manaoag to Guam

With the initial acceptance of Consul General Bayani Mangibin of the donation of Our Lady of Manaoag to the Filipino community in Guam, the image will be brought to Guam on Aug. 16 via United Airlines by donor Edna Ouano Toral.

The image was bought her own plane ticket, so she has her own seat. The delegation to Guam includes the Powervoice Choir from Ilagan, Isabela, who will sing during the  Holy Mass at St. Anthony and St. Victor Parish in Tamuning,  Guam, on Aug. 18, 6 p.m.

Parish priest Msgr. Brigido Arroyo and assistant parish priest Fr. Karl Vila will welcome the Virgin of Manaoag,  together with the Federation of Pangasinenses.

Aug. 14 is the feast of St.  Maximilian Kolbe, a priest who offered to be killed in place of another in a German prison during the Second World War. During his lifetime, Fr. Kolbe printed the magazine “Immaculata” that encouraged devotion to the Blessed Virgin Mary.

Bishop Jesse Mercado of Parañaque has declared St. Andrew Cathedral as the Diocesan Shrine of Our Lady of Buen Suceso during the Fiesta Mass on Aug. 10.

The image was enthroned in the beautifully decorated carroza with flowers donated by Allan Tengco.

The Fulgencio family, this year’s hermanos, engaged the “Dose Estrellas” to sing the  “Gozos” serenading the Virgin during the afternoon procession.