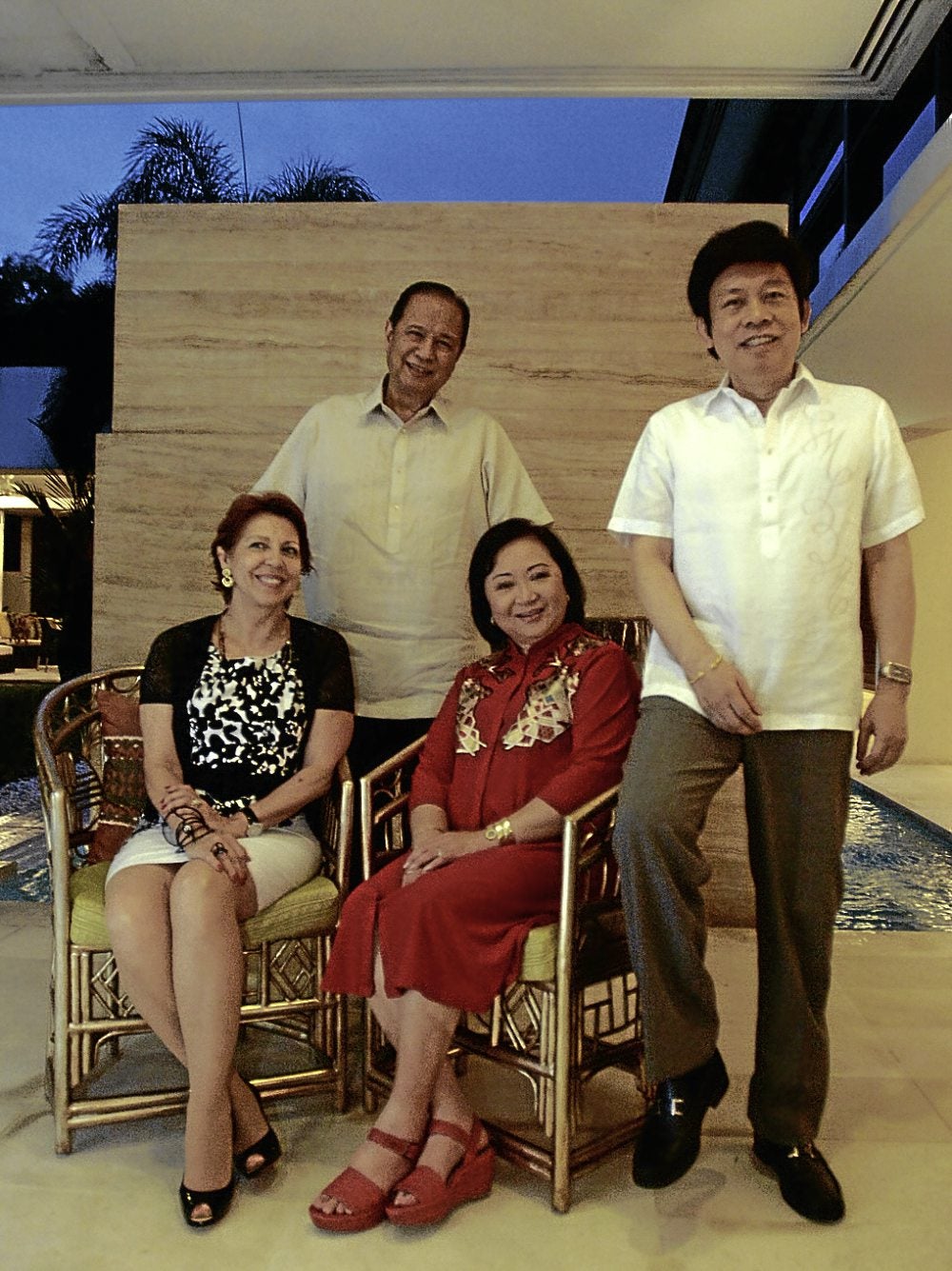 While cultural organizations here are either fighting over leadership or just coasting along, the Philippine-Italian Association (PIA) has been organizing events with panache.

On August 20, PIA will celebrate its golden anniversary at Peninsula Manila. Paintings by students of Italy-trained artist Diosdado Lorenzo and Italian merchandise will be silently auctioned. The proceeds will go to three Italian missions.

Last month, Tantoco produced the opera “The Barber of Seville,” bringing to the country two singers, a director and a conductor from Italy. PIA and Tantoco-Rustia Foundation sponsored the studies of one of the stars, Filipino soprano Rachelle Gerodias, in Italy.

With tickets sold at P5,000 and P3,000 a pop,  PIA raked in some P5 million, the proceeds of which will go to its endowment fund and  the Philippine Philharmonic Orchestra.

Tantoco said it took her seven years to organize another grand event for PIA’s endowment fund.

In 2005, Wanda Ferragamo, wife of the luxury-brand founder, Salvatorre, came to Manila to grace the summer collection at Westin Philippine Plaza.  PIA raked in P3 million, which became the seed money for its endowment fund.

“We don’t touch the principal, only the interests,” maintained Mars Lambino, PIA’s treasurer.

He said the foundation’s bread and butter has been the Italian language courses and translation services. Other resources are mobilized from bazaars, special events and donations.

Still, the members cite Tantoco for her purposeful and energetic leadership and her generosity in augmenting the funds. As the eldest among the Tantoco sisters, she has good organizing abilities as well as a good eye for quality and value.

Family was also a major influence. Her mother, the late Gliceria Tantoco-Rustia, who founded Rustan’s, would take her children to buying trips to Italy where they were exposed to the culture and artisanship. Gliceria also set an example of noblesse oblige by helping out in charities.

In her honor, the Tantoco-Rustia Foundation was established as the philanthropic arm of the Rustan’s Group of Companies. As president of Rustan’s Commercial Corp., Tantoco provides some assistance to the PIA as part of its corporate social responsibility.

Through the years, PIA’s initiatives have been impressive. During the term of Tantoco’s father, Bievenido Sr., PIA tapped sculptor Abdulmari Imao to create a 15-foot bronze statue of Italian cartographer Antonio Pigafetta, a member of Magellan’s voyage who wrote the history of the first circumnavigation of the world and literally put the Philippines on the world map. His memorial stands in Mactan, Cebu.

In research, PIA has been doing studies on the life of Italian sculptor Francesco Moti, who taught at the University of the Sto. Tomas and created familiar monuments in UST, Santo Domingo Church in Quezon City, and other places.

PIA also commissioned art critic Alice Guillermo to write the biography of Lorenzo, who honed his craft in Italy and married an Italian, Lina Paolini. It was Paolini who established PIA in 1962 and became its executive director until her death last year. Through PIA, Lorenzo promoted Italian culture and helped the needy through the years.

“She professionalized PIA,” said Tantoco, who was invited by Ms Lorenzo to join the board. “She showed dedication by coming to the office, doing the accounting, watching over PIA’s funds. She would be involved in our events and made the major decisions. We showed respect—abiding by her decisions”

The strong ties between Italy and the Philippines didn’t happen overnight. Art cognescenti Silvana Diaz recalled that when she joined PIA 24 years ago, Italy was terra incognita to most Filipinos, except to the well traveled.

One of their big events was to host the Notte Italiana, or Italian Night, in which Italian signoras would cook a formal dinner for 350 guests at the Manila Polo Club kitchen. Diaz was in charge of decorating the event, which revolved around a certain Italian region.

Diaz said PIA has evolved into the cultural arm of the Italian Embassy. In 2010, PIA sent 100 students from University of the Philippines to join the Philippine Cultural Festival in Florence, Italy. The event included an art exhibit and a performing-arts concert.

Tantoco pointed out that what distinguished PIA from other cultural organizations was its charities. It has extended assistance to Italian Catholic missionary orders that have missions in the Philippines such as the Servants of Charity, Sister Handmaids of Charity and Canossian Sons of Charity.

In the last quarter of the year, PIA will be focusing on its missions. One of Tantoco’s heart-wrenching moments was visiting the Servants of Charity’s Guenella Center, a home for mentally disabled students built by PIA.

“When you spend time with them, they are so loving. It was a joy,” said Tantoco.

“I feel happy to help,” said Conrad Calalang, PIA executive vice president. “These Italian priests come to the Philippines with no connections. They live a hand-to-mouth existence. When they start networking with associations, they are able to put up a charitable institution.”

Even among PIA members, there’s that overflowing generosity. Lambino said PIA raised P500,000 just by the mere passing of the hat, for a Tondo clinic run by the Canossian sisters.