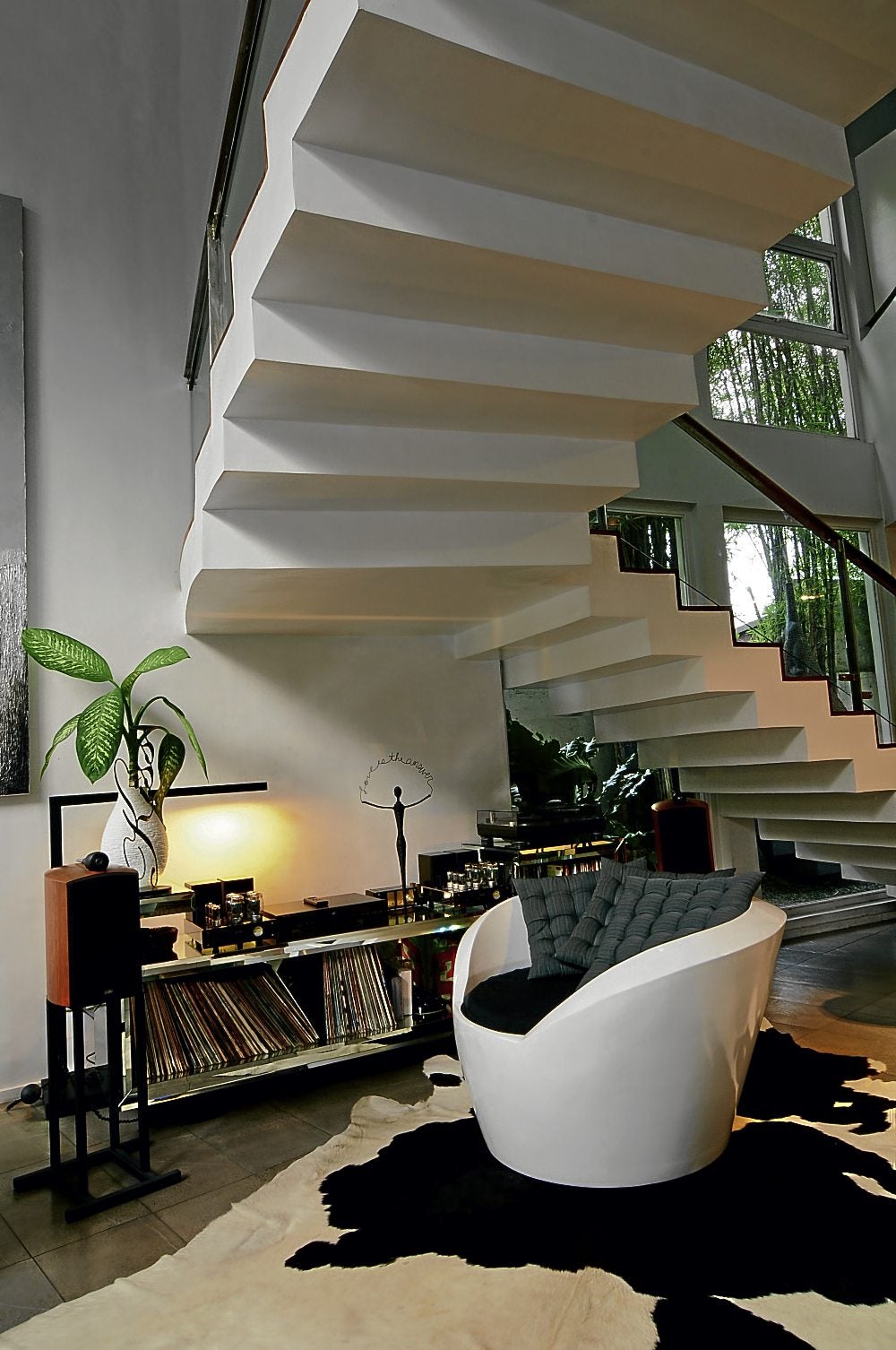 PUSHING THE ENVELOPE. The white acrylic chair is a continuation of Gonzales’ exploration of designing chairs that don’t need four legs. This chair is meant to help him relax while listening to music. BOBOT MERU

Tasked to give a furniture line a shot in the arm, designer Anthony Gonzales insisted on blanket authority.  His first experimental design for Locsin International challenged the notion of a chair with four legs—he created an oversized hollow capsule with cushion and pillows, topped with a spire for a whimsical touch. He called it, aptly, the Genie Chair.

When other manufacturers saw the abaca Genie Chair in a trade show, they warned Locsin International that producing that chair would be akin to suicide, that it wouldn’t sell. Unfazed, Gonzales adamantly replied, “I’m not designing for small homes. The Genie Chair is for big houses and there’s a market for that.”

True enough, a start-up German company ordered the Genie Chair and immediately sold 300 pieces at 3,000 euros a pop.  They even thanked Gonzales and Locsin International because the Genie Chair helped push their sales on their first year.

Since its launch 12 years ago, over 3,000 Genie Chairs have been sold worldwide. The Genie Chair is now made of woven PVC and has become a favorite outdoor fixture.

“Designing is not only making a product.  If you want to be successful, be up-to-date. It’s easier for a design to sell because it connects with people. You can’t be a product designer unless you see the context. We are mirrors of society. We are more progressive because we are more sensitive to what’s happening,” said Gonzales.

He recalled that the Genie Chair was designed when marketing consultant Faith Popcorn talked about “cocooning,” a trend in which people preferred to socialize or work at home. The Genie Chair evoked comfort and safety from the world.

“The Genie Chair started the trend of a chair with a roof or of you going inside. If you look in the Internet, many furniture manufacturers now carry the same concept,” he said. Likewise, Gonzales’ Melon Chair, an egg-shaped chair made of outdoor material, won accolade and was even used in the sequel of “Sex in the City.”

In Gonzales’ home, his chairs become studies on breaking the norm of the four-legged piece of furniture.

Younger designers look up to Gonzales as a mentor. He poses a question to them: Are you designing or product designing?

This discipline stems from his experience of working during the boom of export and manufacturing from the ’80s to the early ’90s.  “When you design, you bear in mind how will the material follow it; how much material will be spent? Will it be financially viable? Is it okay at this price? It comes with product research. You also consider minute details such as how many products can fit in a container,” said Gonzales.

In a show for the Center for International Trade Export and Missions (Citem) in 1995, he fashioned sofas, screens and chairs out of paper instead of traditional fabric upholstery.  A traditional wing chair was upholstered with special woven paper and treated with water repellant.

The design was ahead of its time, leaving the buyers shocked. “Back then, I was just designing just to be ‘in,’” he recalled.

Still, Gonzales set the trend in paper lamps and dividers in the ’90s. Now the use of special paper for upholstery for big furniture has become mainstream design.

Gonzales has been designing for Binhi Arts and Crafts. One of his studies, done in rattan, is displayed in the living room.

The process of designing with Binhi craftsmen has been a collaboration.  He observed that initially, they didn’t want to deviate from what they were accustomed to doing.  Gonzales continued to work with them and would give them credit. “It’s our design, not mine,” he’d tell them.

Asked what he does for self-expression, beyond his furniture design, Gonzales pointed to his abstractions, most of them in acrylic.  He plans to open a store next year with designer Tes Pasola in Alabang, Muntinlupa. 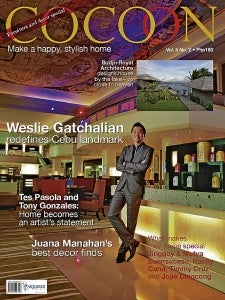 It will be a design gallery. “It’s taking our design careers to another level. We want to do something where we can really express ourselves.  That’s design. Product design is when we reflect what people want, not what we want. We have responsibilities to our manufacturers. If your design doesn’t sell, they won’t call you again. At the end of the day, you have to ask: Do you design for the pocket or for the applause?”