Looking better with their shirts off | Lifestyle.INQ ❮ ❯ 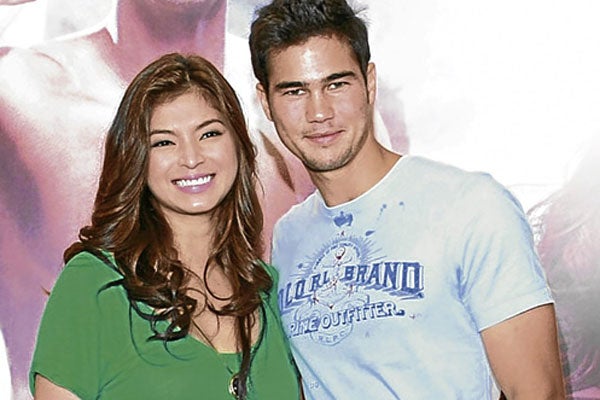 Looking better with their shirts off

Century Tuna unveiled its new and sexier ad campaign, featuring their Angel Locsin and (the man in her life?) Phil Younghusband. The ad is now heating up your TV screens, dahlings.

Held at the Hotel Intercon in Makati and hosted by Sam YG, the Century Tuna event introduced its new campaign, dubbed “Showing Off the Best in You,” which brings out “your sexier, healthier self with Century Tuna,” natch!

Angel and Phil were totally excited about their first team-up. “I was thrilled to be working with Angel and grateful to be chosen as Century Tuna’s new endorser,” Phil said. Angel said she too was excited to be in the TV ad with Phil. “It’s a good project to inspire people to be healthier, and we are ready to wear our statement shirts with pride and show off our healthier selves,” she explained.

During the launch, models paraded in statement shirts with messages like “Selosa Pero Sexy” and “Nerdy Pero Sexy,” showing off the strong essence of the campaign.

To encourage them to bring out their healthy selves, Century Tuna gave guests statement shirts and loads of cans of yummy Century Tuna Flakes with Oil, containing the highest level of Omega 3 for brain power, healthy body and strong heart. Need moi say more? Remember, palanggas, you are what you eat, and health is wealth, di bala?

It was so much fun watching “Style Origins: Fashion and Music Collide,” when the retailers of TriNoma took center stage, dahlings, as they presented their Spring/Summer collections. The TriNoma Activity Center was the venue for a gathering of international and local labels, as guests moved to the sounds of celebrated musicians and top performers.

That well-respected and admired club, the Friends for Cultural Concern of the Philippines (FCCP), whose members belong to our town’s society set, are looking forward to another fruitful year, with the induction of one of the club’s most active and dedicated members for years, Araceli “Nene” Leonor, no less, as its new president for the year 2011-2012, palanggas. The solemn induction ceremony was at the sprawling garden of the Leonor compound in Manille, with no less than the president of the Cultural Center of the Phlippines, Raul Sunico, inducting Nene and members of the FCCP Board, like immediate past president. Beth Cristobal, Mabel Abaño, Yoli Ayson, Nenuca Blardony, Lulu Castañeda, Thelma Gana, Letty Hahn, Rose Lazaro, Karen Macasaet, Chloe Periquet, Tessie Rodrigo, Gilda Salonga, Minerva Tanseco and Grace Tiongco.

Once the formality was over, everyone sat down for an excellent sumptuous dinner prepared by Nene’s own renowned kitchen staff. For an extra dash of cultural entertainment, Raul Sunico played “Sa Dulo ng Walang Hanggan,” and a beautiful Chopin’s Etude in E.

John Lesaca, Nene’s close friend, delighted everyone with his violin rendition of “This is the Moment,” “Somewhere in Time,” “Ikaw,” “Maalaala Mo Kaya.”

Then it was time to get out of their seats and shake the dance floor, with music provided by Nene’s own son JB Leonor of The Dawn.

A fun night for our new lady president of the FCCP, Nene Santos Leonor, dahlings.

The Miami-based, internationally renowned architect Chad Oppenheim, founder of Oppenheim Architecture + Design, no less, known for their passion for socially and environmentally conscious architecture, jetted into Manille, supporting the green project budding in our town.