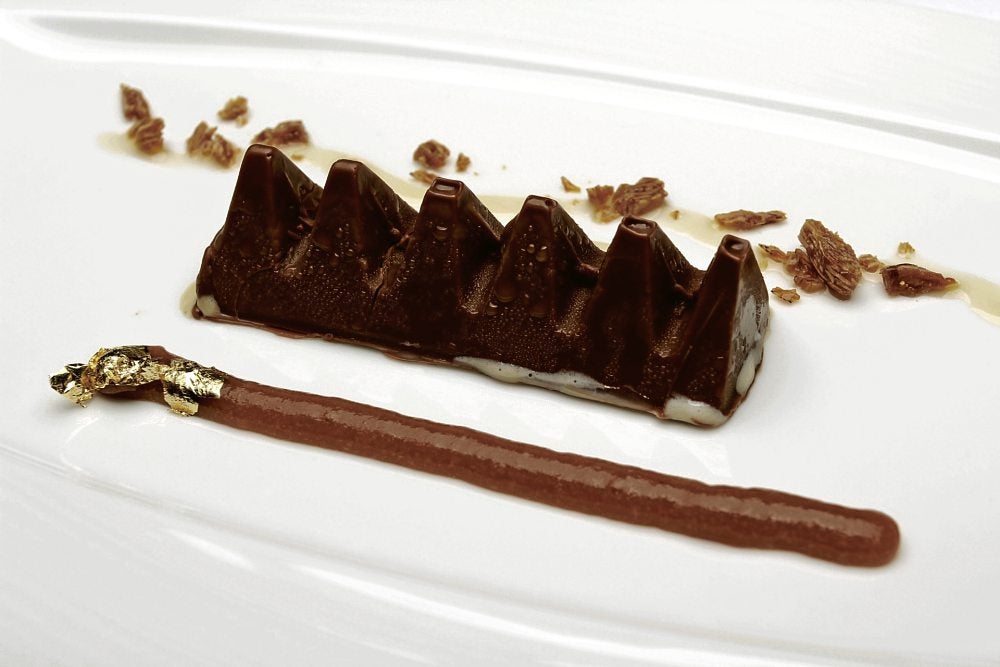 Chocolate, cheese and sausages–cheers to the Swiss!

Switzerland makes some of the world’s best chocolates, and it has the highest per capita rate of chocolate consumption worldwide. It’s also the 10th most peaceful country in the world. Does it follow, then, that chocolate is the key to world peace?

I am going out on a limb for this delicious treat and say yes. Sciencefocus.com explains that chocolate contains tryptophan, an amino acid used by the brain to make serotonin, the neurotransmitter that can produce feelings of happiness. Happy people equals world peace!

This theory must have been tested when the Peninsula Manila hosted another of its fabulous chocolate festivals this August as part of the celebration of Swiss-Philippines relations.

Felchlin is a company founded in 1908 and has been making couverture chocolate (a very high quality chocolate that contains 32-39 percent cocoa butter) since 1935. Peninsula’s dapper rep Mariano Garchitorena guarantees that the Pen used  no less than the grand cru couvertures (this means the chocolate used is made from the best beans from a single area or region). Of course, the technique by the chocolate master also played a great role here.

Usually, the chocolate festival of the Pen is held in December. But the Swiss are doubling the celebration this year with another festival this August.

Since it’s Swiss month, other Swiss treats were also offered. Chef Samuel Linder offered a special tasting menu at Old Manila, which sought “to reflect what ‘new’ Swiss cuisine is all about —relaxed, colorful and diverse.”

I will vouch for the Swiss veal loin cooked sous vide and topped with shaved Belper knollen (pronounced ka-no-le). This cheese is fabulous. Culturecheesemag.com explains that cheesemaker Herr Glauser created this cheese in his small dairy in the town of Belp just outside Berne in Switzerland. It is made from raw cow’s milk sourced from local herds of Simmental cows, then rolled in a spicy mix of powdered Himalayan salt, local garlic and Oberland pepper.

Another factor that contributes to its amazing flavor is its aging room, which has a particularly steady natural stream of air running through it, providing ideal conditions for making this cheese.

But if you miss this, there’s always Old Swiss Inn next door, which Swiss expats say is surprisingly close to home. The goulash is always hearty and there is Toblerone fondue year-round.