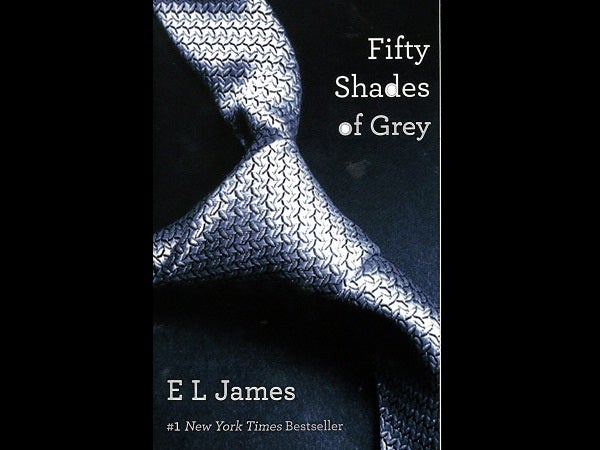 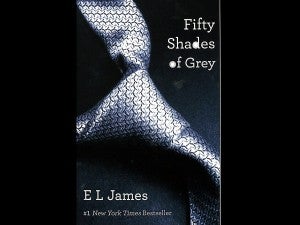 My friends and I had read other more graphic (read: filthier) stuff by then, but there was that unforgettable scene where powerful company patriarch Loren Hardeman, already established as a rabid sex machine and womanizer, is hosting a formal dinner. (Hardeman would later bed both his own daughter-in-law-to-be and the French seamstress flown in to make her wedding gown on the same day, but I digress.)

Hardeman reaches behind and under the dress of the surprised young woman sitting beside him, and, in mid-sentence, in front of an unsuspecting Detroit high society, proceeds to unhook her bra. The girl is initially shocked—but is soon squirming in badly contained delight. It was the epitome of sexy cool, I thought then, and quite the lesson on subtle eroticism.

I read “Lady Chatterley’s Lover,” but couldn’t quite get past Mellors the gamekeeper’s unattractive accent. Rice’s wild adult fairytale trilogy on Sleeping Beauty (who’s not kissed, but deflowered awake by an insatiable prince) was a gift from my, ahem, editor, and has as many twists and turns in its excessively ornate plot as it has sexual encounters (and there are a lot, in every imaginable permutation).

I thankfully didn’t turn into a deviant or a nymphomaniac, even as I developed an intellectual interest in erotica—after all, they do say the mind is the biggest sex organ in your body.  Thus did I look forward to reading E.L. James’ much-talked-about “Fifty Shades of Grey,” which is now reported to be surpassing the sales of “Harry Potter” books and has been on the New York Times bestseller list for months.

It’s the first in a trilogy written by a former TV executive (warning bells here), wife and mother who (louder warning bells) started out as a contributor on the “Twilight” fan page. Uh-oh.

Here’s more: In the author’s bio, James is described as having “dreamed of writing stories that readers would fall in love with.” How she went from that to riding crops and butt plugs puzzles me. And then the book cover identifies the novel as a “Goodreads Choice Awards Finalist for Best Romance.” Yes—romance.

The pairing is classic romance novel, you see: rich, enigmatic, virile, and unbelievably gorgeous company CEO Christian Grey meets sweet, beautiful, insecure college student Anastasia “Ana” Steele when she interviews him for the school paper. She even trips and falls when she enters his office for the first time, and he has to help her up (awww). The attraction is mutual, and leads to a dominant-submissive sexual relationship.

That’s pretty much it in terms of plot. It doesn’t help that the language is so clumsy it makes you balk; James is like a certain J.K. Rowling, another Englishwoman who launched a second career as a writer, the big difference being that Rowling knows what to do with words.

“It could probably go without saying that ‘Fifty Shades of Grey’ is otherwise awful,” wrote cultural commentator Bruce Handy in Vanity Fair Daily, in his hilarious review that heralds “the full-on resurgence of the dirty book.”

“The prose, which originated as ‘Twilight’ fan fiction, is functional at best, silly at worst, the characterizations are insipid, the plotting holds stubbornly to sub-college-workshop level,” Handy concludes.

When your heroine, who claims to have a high GPA and reads Thomas Hardy, can only muster such expressions as “Jeez” and “Holy crap” when she’s being ravished by the hottest man on the planet, you’re bound to get irritated. She’s so star-struck by Christian Grey, she still can’t believe she’s got him, even after their umpteenth encounter. One morning she wakes up after he sleeps over—and, she swoons, “I’m draped in Christian Grey.” Jeez.

Most gratingly, she’s constantly bothered by the fact that she’s enjoying what’s happening. Okay, so maybe the poor girl, who’s a virgin when she meets Grey and just looks at him blankly when he asks her to do what she usually does to herself when she’s feeling sexy, is just inexperienced. She’s even got this archaic habit of referring to her “sex” (last I heard, it had a name, and it’s spelled v-a-g-i-n-a). But because James made the mistake of telling the tale from her point of view, the reader has no choice but to dumb herself down.

I couldn’t help but think of the romance novels of my youth when reading this supposed 21st-century story (there are cute Blackberry e-mail exchanges between Christian and Ana that would look right at home in a young adult novel). Barbara Cartland’s breathless heroines would speak in ellipsis and italics, as in, “they… couldn’t… believe… that… hot aristocrat… could… love them back!” I almost laughed out loud when, not Ana, but Christian mutters a clipped, “You. Are. So. Sweet.” Mellors was looking mighty deep at this point.

Most notably—and this bothers me—there’s a hint of a happy ending. Only the most obtuse wouldn’t deduce from the very titles of the next two novels, “Fifty Shades Darker” and “Fifty Shades Freed,” that, well, there’s a chance of love conquering all, and Christian might actually develop a liking for vanilla and missionary. Seriously. It looks like a sexed-up version of Mills and Boon, but I won’t know until I do get around to reading the next two books.

All that being said, I still finished the book (albeit in one sitting—nothing to bookmark and quote on Facebook here), admittedly to see if the sex got beyond the spank-spank of the typical dominant-submissive relationship. There are no psychological explorations or delicious conflicts, really. If you’re looking for sexy literature, you could do much better.

If you’re looking for an easy, escapist read and you’ve never read anything like this before, however, enjoy. Or you could hold out for the movie; Universal Studios has reportedly bought the rights to the trilogy.

I actually thought of a pre-emancipation Katie Holmes as Ana, but I haven’t cast Christian Grey yet in my head. Christian Bale, who played the sick, sadistic yuppie in the Armani suit in “American Psycho,” couldn’t possibly take this role seriously. Then again, Brett Easton Ellis, author of “American Psycho,” has reportedly expressed interest in doing the screenplay, but author James has asked for some creative control (groan).

The book could be the literary equivalent of a one-night stand, though; it’s fun while you’re there, but it’s not something you’ll remember the morning after, much less for a long time to come.