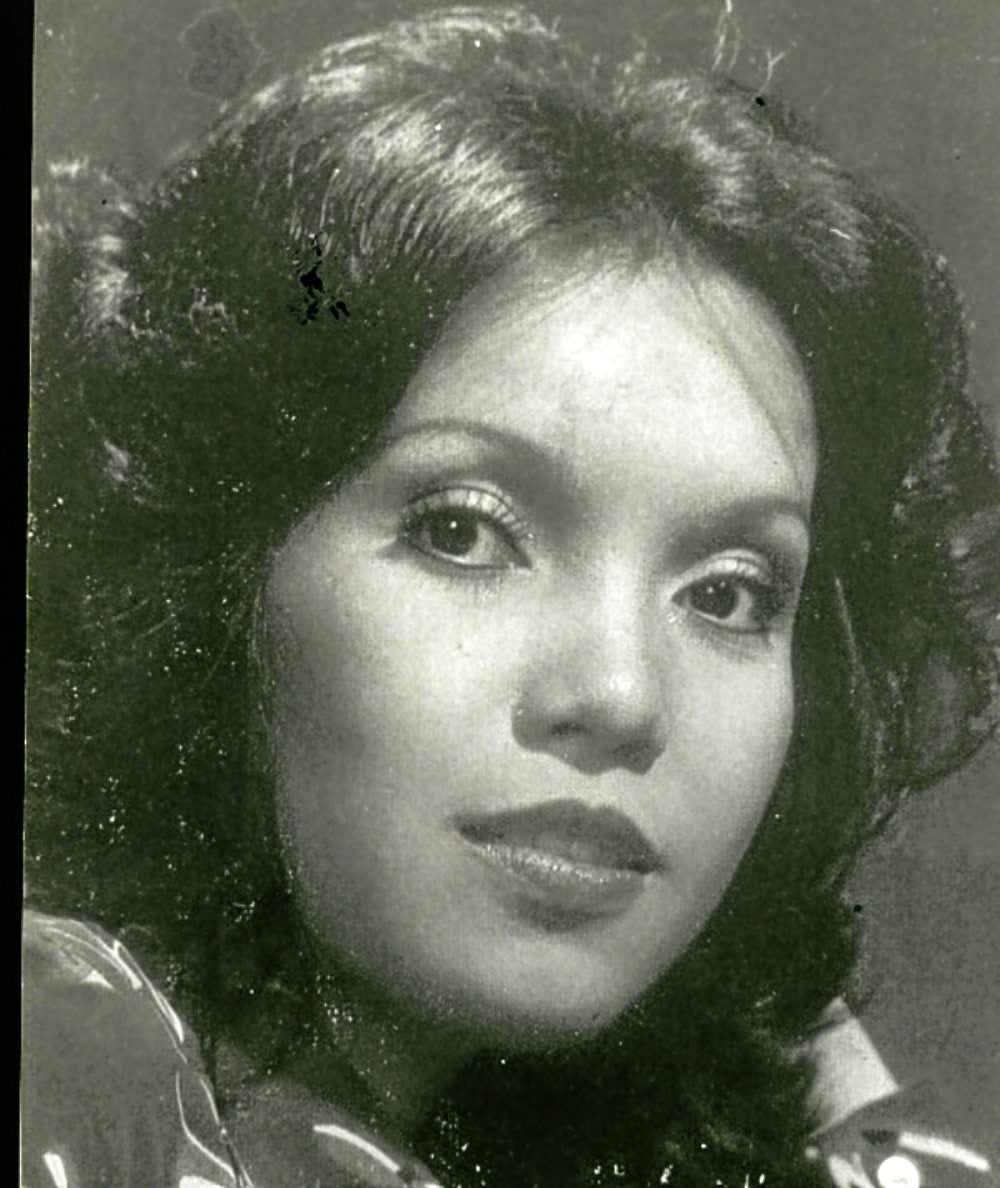 PUBLICITY photo for Susan at the height of her fame in the late 1970s. Dulce, José Mari Chan, Aiza Seguerra, Nonoy Zuñiga, Raimund Marasigan and 30 other artists will perform in “Usahay… A Moment for Susan,” at Zirkoh in Quezon City on Aug. 28 to raise funds for her medication.

The Queen of Visayan Songs is ready for her swan song

Susan Fuentes may no longer be known to many but she used to be big. As a singer, her sultry performance was noted for its “lusty vocals and emotional styling.”

It was she who, in the 1970s and ’80s, originally recorded and popularized such Visayan classics as “Matud Nila” (They Say), “Gimingaw Ako” (I Feel Lonesome), “Usahay” (Sometimes), “Rosas Pandan.” She is the original singer of that beloved season staple “Miss Kita Kung Christmas.”

The repertoire—ranging from Cebuano to Boholano to Ilonggo traditional airs and folk ditties—made her very popular in the Visayas and Mindanao and a novelty hit in Luzon. So popular were they that a few became theme songs for lovers who didn’t even speak the language. The poignancy was in the music, but more so if those lovers understood the lyrics, and then they would be unspeakable.

The range of Fuentes’ voice was such that she could effortlessly shift from the agony of “Gimingaw Ako” to the friskiness of “Rosas Pandan.” Here is another authentic voice that’s unheard by a new generation of listeners—and neglected by audiences as soon as they’re weaned on engineered voices of warblers who believe too much in their press releases.

After over three decades, Fuentes feels she can no longer return to her glory days of recording and performing. Though only 57 years old, she says she may no longer be able to make a comeback.

Her most recent public performances were with Pilita Corrales in Cebu, with Dulce in Bohol and a guest appearance on a TV show, all in 2010. Those could be her last.

She says she had stopped smoking in the ’80s. Despite this damage to her voice, she can still carry a tune. She can perform a song or two in small parties.

Through the ’80s, she led a high life, which she admits was self-destructive. She says she has been sickly since the ’80s and had had four major operations.

“I had a hemorrhage while carrying my firstborn,” she recalls.

Both of her kidneys had also been damaged; she had a transplant 10 years ago. Confined in the Kidney Institute for three weeks, she has undergone 13 sessions of dialysis. Lately, it turned into an emergency case and she has to undergo the procedure three times a week, through a vein in the neck.

Meanwhile, the medical bills are mounting, now about P200,000. Cebuana diva Dulce, who endorsed Fuentes’ admittance to the hospital and gave the down payment, is organizing a concert to help settle the bills. She wrote a promissory note to the hospital administration and management that the bills would be paid after the concert.

Born Susan Toyogan in Butuan City, Agusan del Norte, Fuentes was the fourth of five siblings. Her father was from Bohol, her mother from Surigao.

By age five, she was already joining amateur singing contests. While still in high school, she was featured in Bisaya magazine (Cebuano-language counterpart of Liwayway) for her talent and beauty.

After high school, she went to Manila, where family friend Eugenia Molina, sister of singer Merci, helped her sign up with Alpha Records. She says it was only from Liwayway that she read she had been renamed Susan Fuentes, a name derived from that era’s silver-screen archrivals Susan Roces and Amalia Fuentes.

When she transferred to Jem Recording, she was billed as the Queen of Visayan Songs. Here she released seven albums, all certified gold records in the Visayas and Mindanao.

She has been living in Quezon City since 1973. She has two children.

Deep-seated family problems she would rather not discuss have separated her from her kids, who are living in Davao City, the girl now 33 and the boy 32. She has not seen them for 10 years.

As is true with almost everyone, misery and sadness made her turn to her Creator. In 1994, renewing her faith, she became a member of the Born Again; she led its music ministry.

Those were the days when, as she says, she lived like a queen. No more of that abusive lifestyle.

She admits her only source of income now is the boarders in her house. In times of crises, she is being helped by her “sisters” from the church ministry. People come to help, for which she couldn’t be grateful enough. She feels she is only living day to day by the grace of God.

A favorite quote of hers comes from Jeremiah: “For I know the plans I have for you, says the Lord, plans to prosper you and not to harm you, plans to give you hope and a future.”

The generosity goes on, as in the forthcoming concert “Usahay… A Moment for Susan” at Zirkoh in Tomas Morato, Aug. 28, Thursday, 7 p.m.

This must be one of His plans made manifest.