Chow Chows dress up for the fight against cancer | Inquirer Lifestyle ❮ ❯ 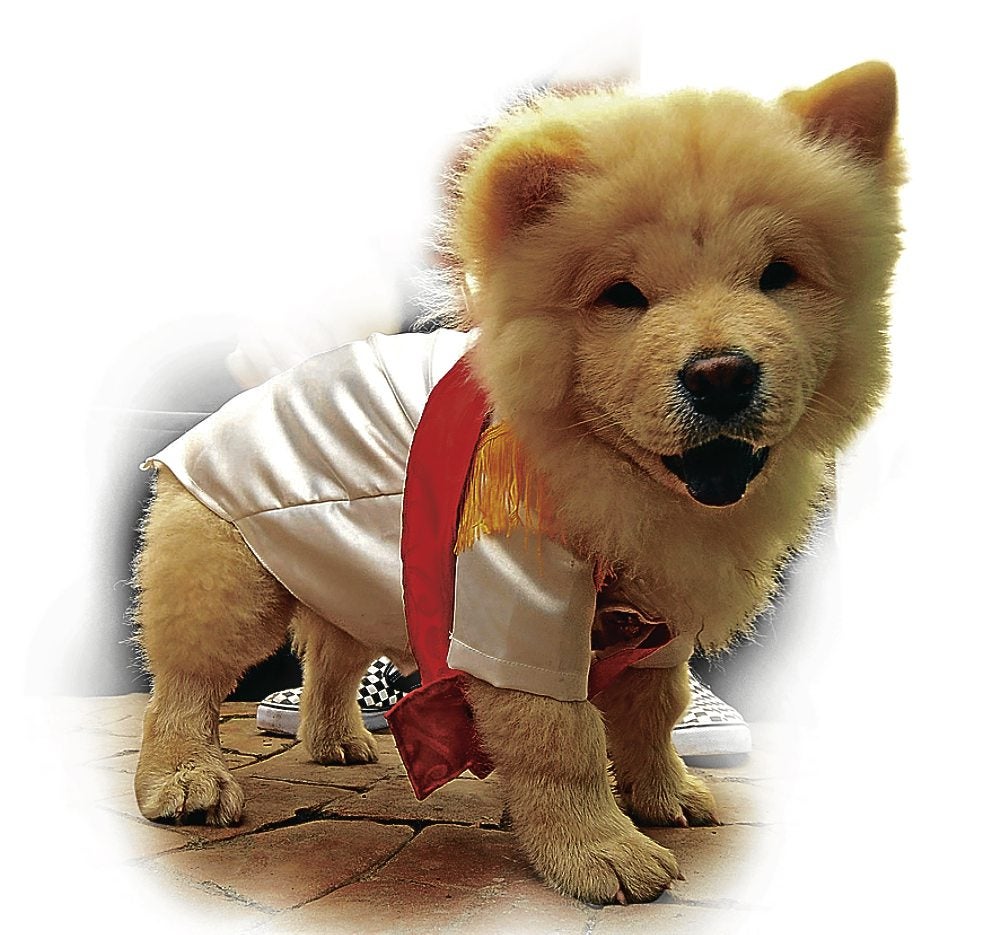 Chow Chows dress up for the fight against cancer

Big, cuddly furballs dressed as your favorite childhood fantasy and fairytale characters sashayed down the runway during the fifth anniversary of the Chow Chow Club of the Philippines Inc. (CCCPI).

For Dooley, an 18-month-old Chow Chow, joining the fashion show must have been quite an experience. Used to the demanding discipline required when competing for that coveted red mark of the champs, the black Chow Chow, for a change, walked down the ramp in costume. Dooley appeared relaxed as the audience gushed at his handsome looks and shiny coat; he even posed for the cameras.

“I have never done anything like this before. It’s also stressful, because I don’t know how Dooley will respond to the experience of walking in the spotlight, but it’s been fun for me and my family,” said Dooley’s owner, businessman Mari Litonjua.

This is the second time CCCPI has held a fashion show, said Al Agra, CCCPI president. But for many Chow Chows on the ramp, this is their first time to get dressed at all—in elaborate costumes at that. The fabrics were carefully chosen and especially designed by Leytte, who knew that the pet parents’ first concern would be keeping their babies cool the entire show.

“It was a fabulously challenging experience. For starters, I used to be scared of Chow Chows, but this experience proved my fears are baseless. They were very friendly. It was a lovely experience and I hope to do it again and again,” she said.

The anniversary celebration also held a dog fashion competition open to all breeds, still with the fantasy and fairytale theme. An overexcited, motley crowd of Chihuahuas in elegant, often extravagant ensembles headlined the show. Toys were popular in the competition that also saw Shih Tzus, toy Poodles and even Pugs.

Themes ranged from the popular video game “Plants Vs Zombies” to the sentimental Disney-Pixar box-office hit movie “Up.” Some contestants, like Michael Feria, who draped his Shih Tzu and toy Poodle in clothing inspired by the movie “Enchanted,” also fashioned a matching float in pink, black and gold for the pooches—and dressed himself up as the Prince.