‘His brand of leadership was what I grew up with’ | Lifestyle.INQ ❮ ❯ 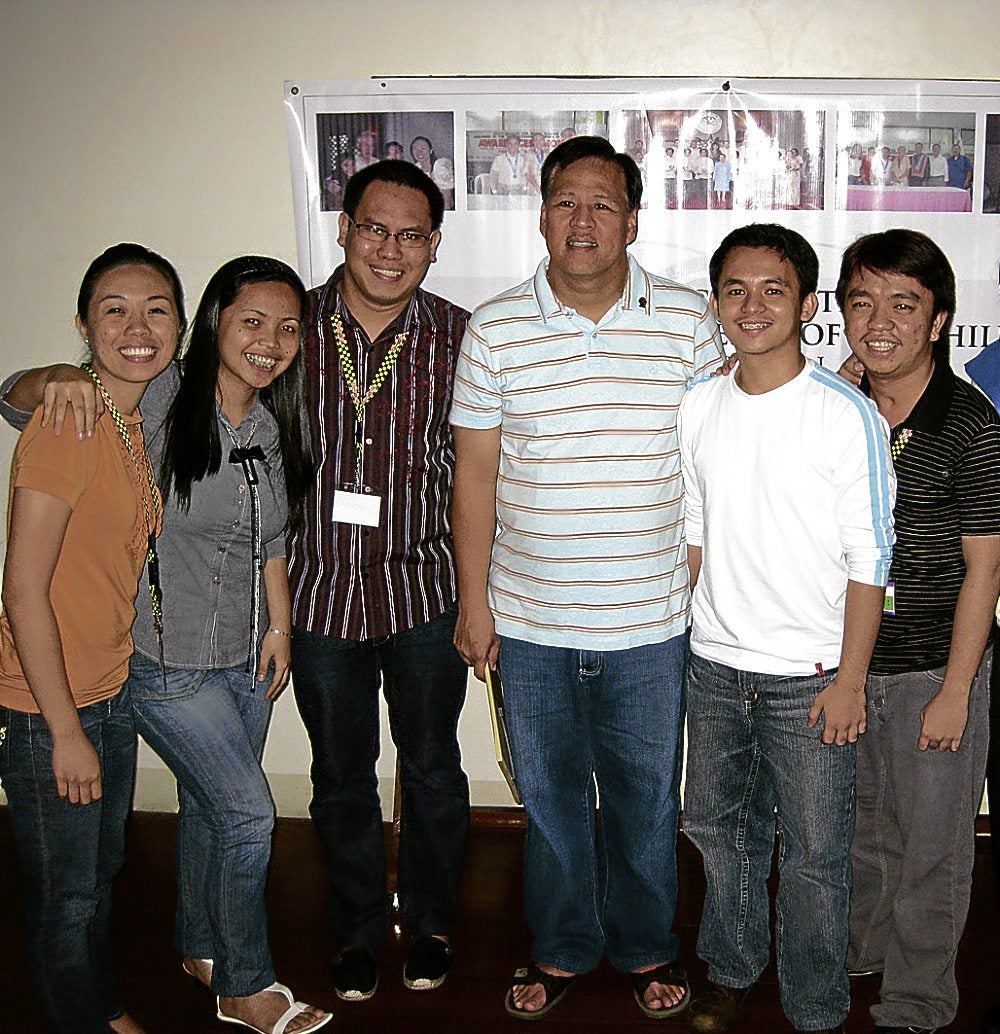 ‘His brand of leadership was what I grew up with’

In the days leading to the recovery of his remains, much has been said of Interior Secretary Jesse Robredo—of how he is as a servant leader, politician and, more important, father to three lovely daughters—Jessica Marie, Janine Patricia and Jillian Therese.

One of the most awarded leaders in the country, Mayor Jess, as he was fondly called, transformed the then impoverished and sluggish city of Naga into a progressive and economically viable city.

For almost two decades as mayor, he fought for genuine reforms, championed participatory governance, and showed the country that nothing is impossible with an honest leadership.

With his passing, the country has truly lost a leader extraordinaire. But for the Filipino youth who were fortunate enough to learn from him, and were able to experience his leadership and humility, they have also lost a father, not only an idol.

“When he saw me under the Talisay tree, he approached and said, ‘Tara, Ma’am.’ His brightly lit face will be forever etched in my mind,” Julie said. “When you meet him, you will feel that you are the most important person in that moment. He listens, he truly does. Only a few leaders nowadays listen to ordinary people.”

As one of the pioneer organizers of the formation program of the Ten Outstanding Students of the Philippines (TOSP) in Bicol, Mayor Jess has become an inspiration to the program, Julie said.

“He has been very supportive, and his encouragement and words of wisdom have become our inspiration. That is why the TOSP formation program in Bicol is on its fourth year,” Julie said.

With the same alma mater—Mayor Jess finished high school at ADNU—Julie said that ADNU is still mourning the loss of a beloved alumnus. Adding that, they are still in a state of denial.

A few weeks from now, Naga City will again celebrate the famous Peñafrancia Festival. Unfortunately, this year, the festival won’t have around one of its staunchest supporters.

“I don’t think Peñafrancia will ever be complete now that there will be no Jesse Robredo to join the Voyadores,” Julie said.

Ronnel Joseph “RJ” Competente, born and raised in Naga City, said Mayor Jess was the kind of person who made great things happen.

“In my young mind, he has always been a great man. His brand of leadership is what I grew up with,” RJ said. “To say that he has been a big part of my life is really no exaggeration. After all, he was the mayor who awarded me my first medal in kindergarten, Mayoral Medallion Award in elementary, and citation certificate in high school.”

Having been given the opportunity to work with Mayor Jess in various occasions, RJ described him as “the colleague who walked his talk of excellence in all our works, a partner who gave his utmost support to all our endeavors, and my idol whose values of leadership guided not only my own leadership values, but those of the whole nation as well.”

Now working as conference management consultant of the International Organization for Migration, RJ said that Mayor Jess “served as my inspiration to stay humble despite his achievements, to continue doing good for others and to strive for excellence. He taught me to dream big not just for me, but for Naga City and my country.”

Daniel Philip “Scud” Dy believes Mayor Jess, more than a politician, served as an icon of a tatay to Nagueños.

“He made sure that we are considered and heard.”

More than a colleague whom he collaborated with on events, or a mentor who gave insightful talks, Mayor Jess also enjoyed celebrating family occasions with Scud.

Given this opportunity to be around Mayor Jess, Scud said he proved that “leadership is never about bossing around. He shared his values and principles, and empowered his people to be engaged in the best way they can.

“From him I learned that to walk longer roads means collaborating with people and gaining their trust. His life was really well-living.”

It is during these trying times that family and friends become closer. It is also when fond memories flash back.

“I remember him sending his kids to school and fetching them in that blue CRV. I would see him during PTA meetings and other school activities. When we had lector meetings in the cathedral, the arrival of that blue CRV meant the end of chatting with Aika.

“I didn’t know then the enormity of his stature as city mayor. His daughters, especially the eldest whom I am most acquainted with, did not make us feel that we should treat them special because they are the mayor’s kids.

“As I grew up and became more socially aware, Mayor Jess became my model of good governance—especially now that I serve in the national government.”

Ace, who works in the Department of Agriculture as a project development and trade desk officer, added that Mayor Jess “may not have made Naga City poverty-free, but he left us a priceless inheritance—the pride of being a Nagueño.”

Before his stint in national government, Mayor Jess wasn’t that well-known outside Naga City, especially among the youth. In May 2006, during the Democracy Summer Fest, then college student Jonathan “Jon” de Quiroz of Pampanga, and TOSP education and training committee head Karen Nomorosa of Manila recalled how, in their first encounter with him, they felt the sincerity of Mayor Jess in every word he uttered.

“He didn’t use highfalutin words to get his point across. He never boasted of his achievements,” Jon said.

Karen said that Mayor Jess didn’t grandstand. “He had a story to tell. He genuinely wanted to impart things he learned on how to run a local government unit; how Naga was made great again,” Karen said.

Jon said, “I realized how exceptional he was when he said to us that we should always surround ourselves with people who make us feel uncomfortable.”

Jon explained what Mayor Jess meant—we are uncomfortable with these people because they are better than we are, and surrounding ourselves with them will help us excel.

If there’s one thing Mayor Jess had done in Naga City that had an  impact on national politics, Jon and Karen believe  it would be how he raised the bar of local governance.

“The people witnessed how possible it is to have an untainted reputation, lead and live with integrity,” Jon said. “He broke the conventional way of thinking that politics is dirty.”

“His was a participative government. He embodied what a democratic institution really is,” Karen said. “It would’ve been easy for him to get swallowed up by the system, but he showed that you can preserve your idealism while making the current system work.”

Karen said that Robredo’s decision not to seek higher post, because he believed  he would be most effective as mayor, left its impact on her.

“At work, I apply his principle of where can I be most effective, where can I effect the most change. He showed us that it’s not the position; rather, it is where you can make the most impact,” Karen said.

Hans Christian Andersen’s “The Emperor’s New Clothes” is about a ruler who was too vain to care about his kingdom. One day, while parading his “new clothes,” he ended up being mocked by a kid for wearing nothing.

Colleagues, friends and fellow Bicolanos will always have a fond memory of Mayor Jess as the leader who, unlike Andersen’s emperor, cared more about his work at City Hall than what he looked like.

“You could really feel how humble he was. Unlike most politicians surrounded with bodyguards, he had none. It was only him in a simple shirt, shorts and slippers spending quality time with his wife (lawyer Maria Leonor Robredo) and three daughters,” Ben said.

Ben remembered Mayor Jess saying on one occasion that he didn’t have a social life, and that his life revolved around his career and his family.

“Mayor Jess was a usual sight every time there was an event at Universidad de Sta. Isabel (where his daughters study),” Ben said. “He never missed attending school events.”

There will be many accounts of how Mayor Jess was as a servant leader, as an inspiration and as a father. But to these youths who were able to spend a day or even only a moment with him, he will be remembered as the leader who served his country well, but never compromised his time with his family.