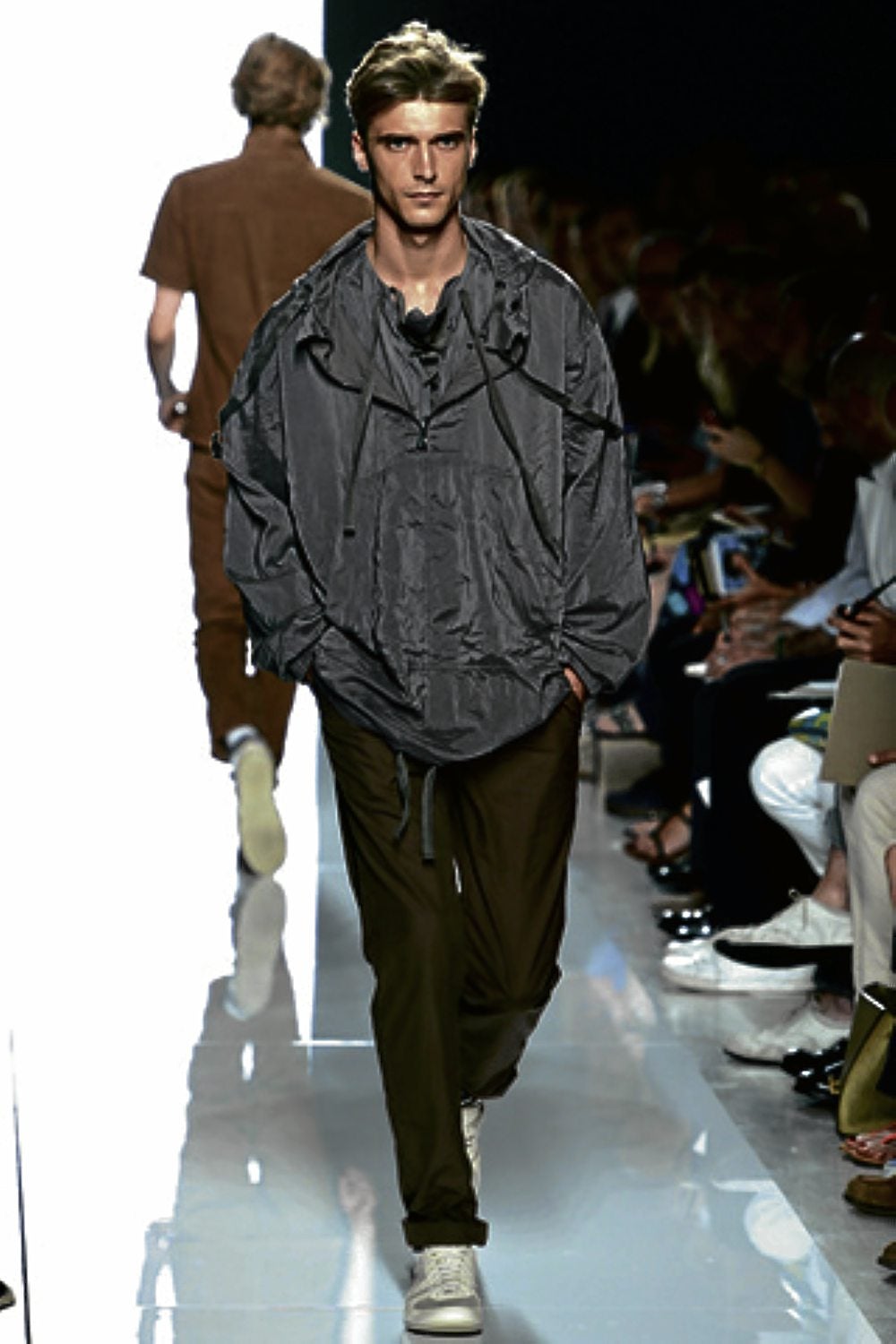 Serious but informal, perhaps with Casual Friday in mind or dressy weekend dating: This was the mood in the men’s wear 2013 Summer collections of luxury brands Bottega Veneta and ZZegna.

Innovations in cut (a short-sleeved blazer, organza-covered print suits, ties instead of buttons), as well as in colors (sharkskin in iridescent hues of curry, cinnamon, bark) marked the sophistication of men’s clothing, stepping out of the comfort zone of tailored predictability.

You can only go so far with traditional men’s pieces before boredom sets in. Luxury brands must adapt to the needs and wants of men today who are reclaiming their colorful plumage which is the birthright of most of the male species.

At ZZegna, Paul Surridge, an admitted acolyte of Cardin and a proponent of the “supermodern” (his word), showed looser silhouettes which the designer  said were a nod to the 1960s and the Kennedys’ Camelot. There was a cool chill that hung over this intriguing collection, the sort of resonance that reminds you that Utopia and Dystopia are neighboring states.

The departure from the brand’s archival looks begin with the iridescent fabrics, especially silk. Tailoring is, as always, at the center of the brand, playing with cuts—the short-sleeved suit is the proof—and combining color-coordinated items and original details, such as the zipper that takes the place of classic buttons. The collection experiments while communicating with tradition.

For Spring 2013, Bottega Veneta offers a collection inspired by the ease and informality of the pullover. The near-universal garment—a top that is pulled on over the head—recalls clothing as varied as navy seaman’s uniforms and South Asian kurtas. At Bottega Veneta, it’s casual and lightweight, with a breezy, retro sensibility.

The universality may have imprinted itself more than house designer Tomas Maier had intended. The standout theme from the collection turned out to be foreign travel, not fabric jumpers. Escapism was the central theme.

Here are the best runway looks from Bottega Veneta available at Greenbelt 4 and ZZegna at Rustan’s Makati.