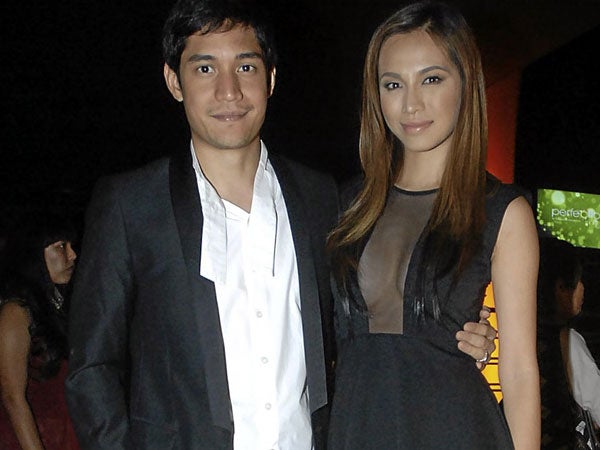 (Most people make themselves scarce at the merest whiff of scandal involving kith and kin.  But not the Divine Ms. Lee who, detractors sniff, is living it up in the full glare of the public eye)

You’d think she would’ve packed her designer togs by now and fled to some exotic locale or cosmopolitan city-at least until the legal issues and housing scandal involving her father and brother have died down.

But instead of dodging the spotlight, the raised brows and judging eyes trained on her, Divine Lee has done just the opposite.

Flashback:  Early October two years ago and the news of the day was the government’s investigation of the alleged P7-billion loans that Lee’s father Delfin, reportedly got from housing agency Pag-IBIG on behalf of bogus borrowers. A fashion designer was presenting his 20th anniversary gala show at White Space in Makati, with celebrities and members of the social set filling the guest list. Security was tight; President Aquino was guest of honor.

It wasn’t the President’s arrival that got tongues wagging, however. It was the statuesque Lee’s dramatic entrance: chauffeured in a sleek, dark Porsche Panamera, with model boyfriend in tow.

In bad taste, kibitzers whispered. Why flaunt your wealth just when your father is being accused of a multibillion-peso housing scam? Why show up in a high-profile event at all?

Today, Lee, 30, just like she did two years ago, remains in plain sight.  No, she hasn’t gone in hiding even as her dad and brother Dexter have, apparently to evade pending arrest warrants following the government’s filing of syndicated estafa charges against them.  She continues to host a show on TV5 (“Extreme Makeover: Home Edition”) and actively updates her popular blog (divinemlee.com) and Twitter page, which has over 144,000 followers. She and model-actor boyfriend Victor Basa remain fixtures in social events.

Since the housing scandal broke, Lee has landed at least three magazine covers, but has kept mum about the issues involving her father.  She maintains a blithe attitude toward her detractors. (When reached for comment, Lee says their lawyers forbade her to say “anything about the issue.” She also declines to respond to her critics.)

Lee’s critics have called her out on her ostentatious lifestyle, with some even suggesting that she should have been included in the rap sheet against Globe Asiatique (GA), her father’s embattled firm where she was vice president for international marketing and promotions.  (“I was VP for only a year,” Lee said through SMS. “I resigned before the [filing of the syndicated estafa] case and when [the] IPO didn’t push through.”)

Her blood relationship with two scam suspects on the run has not stopped some companies from tapping her as a product endorser, however, as they note that while Lee has critics and detractors, she also has a legion of fans. Her home-makeover show, according to a TV5 spokesperson, has “decent” ratings, with an average viewership of 3.6 percent and 12.1 percent audience share nationwide.

Divine Lee had a privileged upbringing and was educated in the best schools –Assumption College, Brent International School, Ateneo de Manila University and Thames International Business School, where she took up economics. According to her website, she also took up classes for her Master’s at Asian Institute of Management but quit due to work. She dabbles in modeling and is a minted fashionista. She owns the fashion brand Luca and co-owns a club in Pampanga called Mansion.

Lee has been the glamorous public face of GA, fashioned seemingly in the mold of another real-estate heiress, Ivanka Trump, but emerged more like the high-profile hotel heiress Paris Hilton.

But beneath the fancy clothes and flashy cars is a woman who also speaks the language of the masa – if the masses spoke gay lingo, that is.

In her blog, Lee writes solely in gay speak or “bekinese,” her words interspersed with her images from fashion shoots and social events. In her blog, Lee presents the paradoxical image of a woman who’s both sosyal and bakya, in the process charming thousands of followers who seek her counsel in matters of style and whatnot.

In several interviews, Lee has expressed delight in being called a gay icon. Apart from guest-cohosting the showbiz talk show “Juicy!” on TV5, she also cohosts a podcast called “Becky Nights” with three of her gay friends.

Despite the conspicuously lavish lifestyle, Lee has also been known for her disaster-relief efforts during the September 2009 “Ondoy” floods and more recently, the habagat (southwest monsoon winds) devastation, during which she organized friends to donate and distribute relief goods.

It’s doubtful, however, that these efforts have impressed Lee’s detractors who might easily dismiss such initiatives as another orchestrated PR stunt.

But then again, judging from her previous actuations, it doesn’t look like the woman cares a bit about what people might think either. •