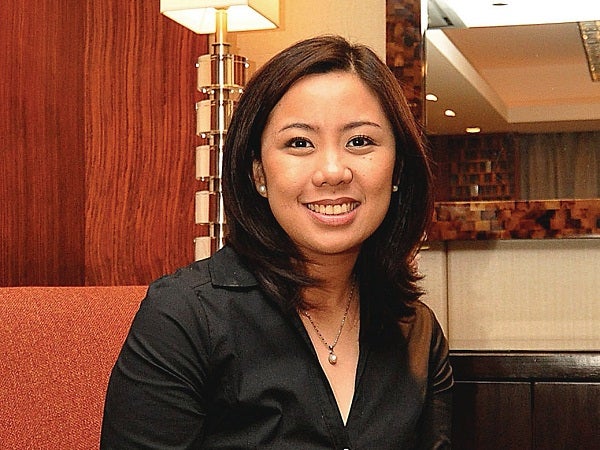 AIKA Robredo: Papa’s someone we had to share with others. RICHARD A. REYES

Until the fatal plane crash of her father, Interior Secretary Jesse Robredo, Jessica Marie “Aika” Robredo has not been in the public eye. She appeared on national TV on the second day of the agonizing three-day wait—waiting for word on her father and his missing plane.

She had presence. She was composed, articulate, self-possessed for someone who was not used to the limelight and public speaking. She made sense beyond her 24 years.

The massive outpouring of public sympathy and support was what kept the Robredo family going through those dark moments after Robredo’s death in a plane crash off Masbate, his eldest daughter said Saturday.

Aika said the worst time for them were the hours and days when the body of her father still could not be found. However, the support the family received from relatives, friends and the public helped see them through the pain.

“The hardest was the first three days when we still did not know. While we were ready for it, you grieve for something that you didn’t know (for sure) or couldn’t understand,” Aika said in an interview.

“You’re thinking: ‘Wait a minute, why am I sad when it’s still not (confirmed?)’ but at the same time, you know at the back of your head, you knew na wala na talaga [it was over],” she said.

According to Aika, soon after the news broke that her father’s plane was missing, people started streaming into the family compound in Naga City and praying for his rescue.

“That was a big help for us because we realized how many people were actually praying for my dad’s safety. We were thinking that at least if he didn’t survive, with so many people praying for him, he would be in a better place either way,” she said.

The family members were really surprised when they later found out that even people from Mindanao had come to Naga to pay their respects.

“Our orientation ever since was that our Papa was someone who was just not ours. He was someone we shared with others,” she said.

Aika said she was watching a basketball game at Araneta Center in Cubao, Quezon City, between Ateneo de Manila University and Far Eastern University that fateful afternoon of the plane crash.

“I got a text message from my mother that said, ‘Please call.’ I knew then that something was wrong because when my parents want something, they say ‘Do this … do that,’” she said.

“When I saw the message, I thought, ‘Oh no.’ When I called, my mother told me Papa’s plane could not be found,” she said.

Her mother asked her to tell her younger sister, Trisha, what happened because it would not be right “if she heard it from someone else.”

“I was panicky but my mom was telling me, ‘You know we can’t do anything. You just have to keep praying, praying and praying.’ And I had to face my sister so at least one of us should be calm,” she said.

Aika said she decided to personally break the sad news to her sister to make sure she would be okay.

“I couldn’t do it on the phone. I had to be careful about how she would react so I picked her up from the condo and I told her the news in the car,” she said.

“Afterward we went to the Mt. Carmel church (in Quezon City) to pray because that’s near our home,” she added.

According to Aika, in the first two days after the crash, they were just “letting things happen.”

“People were going to our house. My mom’s friends were there. The Naga City officials were there and the vigil was ongoing as if someone was orchestrating what to do next,” she said.

“Even the food that was being served was also brought by those who came to visit us. For at least the first three days, we were just letting things happen. We were not planning anything. We were not attending to anyone but everyone was there,” she added.

Aika said she told her younger sisters on the second night after the crash to prepare for the worst.

“I told them, you know, we should keep praying but we should be realistic. It’s been more than 24 hours and we still had no news. So while we still hope for the best, you have to manage your expectations,” Aika said.

She said her sisters were sad when she told them this.

“While it was still painful to see the actual steel box coming down from the plane because you know what was inside, maybe it would have been more difficult to accept and react if we hadn’t conditioned ourselves before that maybe that would be (the outcome),” she added.

Aika said it was her mother who was the strongest of all of them. She kept on reminding them that their father was now “in a happy place,” she said.

“She would say Papa is in a happy place and he’s peaceful. It’s okay being sad every now and then but if it stops you from doing what you were supposed to do, maybe even he might be unsettled by that. So, maybe it would be selfish on our part if we would become the reason why he would not be able to move on above,” Aika said.

Aika said there were no plans for anyone from the family to follow their father into politics.

“It should be the last thing in our heads right now. We haven’t talked about it yet but personally, I think it is unlikely for now,” she said.

“You know, even when he was in politics, we had our own lives. We’d only help out during elections, but after that, my mom would go back to her work. We are happy with what we’re doing now,” said the 24-year-old Aika who works for an international oil firm in Manila.

“It does not stop us from serving or doing our part. If the intention to go into politics is to serve, politics is not a requirement. You can serve in many other ways which is also what my father said,” Aika said.