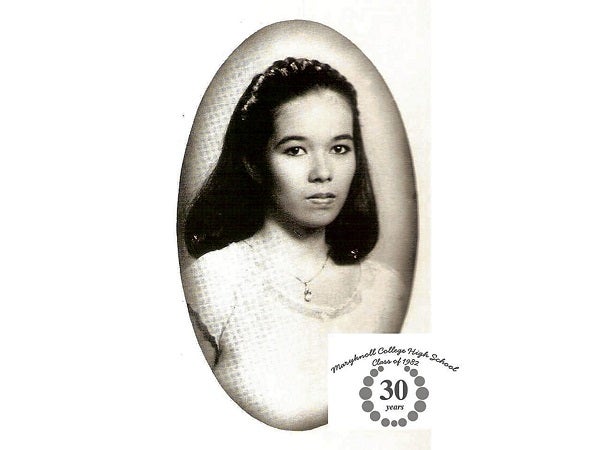 Nurturing our inner pearl and sharing our light with the world

“It was long ago and far away

The world was younger than today…”

—“At Seventeen,” by Janis Ian

I was 17 when we trooped to Chat Peypoch’s Pasay studio to have ourselves immortalized in photos.

Thanks to technology and the patience of this year’s organizer, the photos now find a new home on digital pages, forever preserved on the worldwide Web.

Thirty years! Many things have changed, but some things remain. The black-and-white photo of an unsmiling me has opened a floodgate of memories.

For one, there were no toothy grins for me since my dad had passed away six months before that photo was taken. Moreover, my braces had not yet been taken out.

The pearl anniversary has made me reflect on the process that produces a pearl.

The birth of a pearl is a miracle in itself. Unlike other precious stones that are mined from the earth, pearls are grown within live oysters in the sea.

The pearl begins its life as a foreign object, such as a parasite or a piece of shell that accidentally lodges itself in an oyster’s soft inner body where it remains for a time and cannot be expelled.

To ease this irritant, the oyster goes into “defense” mode and secretes a smooth, hard crystalline substance around the foreign object. The substance is called nacre, and for as long as the irritant remains, the oyster will continue to coat it with nacre, layer upon layer. The result is the beautiful and lustrous pearl.

There are cultured pearls and natural pearls. The only difference is that with cultured pearls, the foreign object is carefully implanted in the oyster. In both cases though, the oyster is left to its defenses, producing the pearl within.

Majority of my high school batch mates now live in foreign shores. Their own personal journeys have taken them to various parts of the globe—either by choice or by circumstance. About 25 percent of us have opted to remain.

What “irritants” have come into our lives these past three decades, and how have our professional and personal lives been shaped by them?

What I know for sure is that irritants will come and go, but what is more important, and what best defines the luster of our pearls, is how we respond to such irritants—illness, loss (financial, emotional, death), separations and broken relationships, etc.

Luster is the amount of light that a pearl reflects—both from its surface glow and as an inner light. After 30 years, one realizes that although externals are important, more important is the cultivation of inner light.

In the years that have ensued, we ask ourselves—are we kinder and more patient now? Have we become more tolerant, compassionate and forgiving? Have we become braver and more courageous?  Have we grown and evolved from the reckless and impulsive 17-year-olds we once were?  Or have we remained the same?

The better the quality of the nacre, they say, the more superior the pearl’s luster. I suppose after 30 years, the quality of one’s “nacre” would be directly proportional to the way one accepts wholeheartedly the sadness and disappointments of life.

After 30 years, one learns to be still, like the proverbial pearl in the oyster, and embrace willingly, all that life has to offer.  We emerge out of the darkness that sometimes plague our inner lives into a world where hopefully our light will graciously reflect the light of others.

Miriam College’s alumni homecoming theme this year is “GLOW—Go Light Our World,” and takes its inspiration from what the Maryknoll nuns taught us many years ago on our sprawling and verdant Katipunan campus: That in our own little ways, we need to be a light to the world that is hurting.

Best-selling author Marianne Williamson in “A Course in Miracles” puts it perfectly:

“We are all meant to shine, as children do. We were born to make manifest the glory of God that is within us. It’s not just in some of us; it’s in everyone. And as we let our own light shine, we unconsciously give other people permission to do the same. As we are liberated from our own fear, our presence automatically liberates others.”