How taipan George S.K. Ty found success –‘I have the spirit of an ant’ | Lifestyle.INQ ❮ ❯ 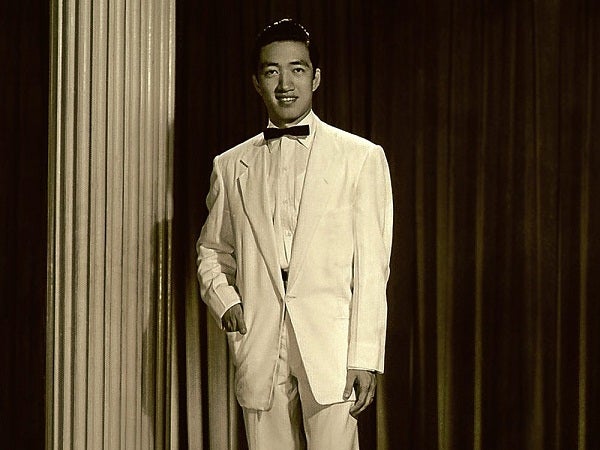 How taipan George S.K. Ty found success –‘I have the spirit of an ant’

When the young George Ty was compared to an ant trying to move a mountain, he was then a 25-year-old businessman with a dream to establish a bank.

He had no experience in the banking industry. The difficulty of securing a loan to complete the family-owned Wellington Flour Mills set off a resolve to put up a bank that would help people get funding for their businesses.

This recollection came up at the Ty family lunch just a few weeks before the 50th anniversary of Metrobank. Older grandchildren approached the patriarch deferentially while the younger ones came to him playfully.

It was a weekend and the group chairman of the Metrobank conglomerate appeared relaxed. He was reminiscing sometimes bemusedly, other times quietly. But he was mostly engaged in sharing the journey that was as much his story as that of the bank.

“When I was starting the bank, some people were not exactly criticizing, but they thought that it was too big [a task] for me,” he said. “I didn’t take it as an insult, not even as a challenge, because who would believe in somebody like me, just in my 20s, with no banking experience? It was something not even a mature group of people could do. I was alone.”

He mentions the comparison to the insect known for its industry.

“We have stories in Chinese about an ant that moves a mountain. Actually, it is not just one ant; it’s a group, thousands of ants that move the mountain. In my particular case, I was just one small ant.”

Ty was 19 years old when he began to build the flour factory. Funds ran short before the work could be completed.

“We were 90-percent done,” he recalled. “That was considered a very big investment for our family. We needed another 10 percent to complete it.”

Financial establishments were conservative and unwilling to risk resources on someone with no credentials or track record. But when Ty finally got a loan, it was paid back in a year.

“I was very lucky. The government declared import control. Flour importation was not allowed, only wheat.”

The business took off and prospered. Ty attributes some of the good fortune to luck.

“I was born in a small village in China. We were an average family. Chinese people believe in fortune tellers and someone went to the fortune teller asking who among the children possessed good fortune, because he wanted to buy a child. He pointed at me and the man said he was willing to pay 10 times the market price to buy me.”

His mother Tytana, also known as Amah and later on Victoria, refused the offer. It would be two decades later before the seer’s divination was confirmed. By that time, his parents had immigrated to the Philippines and settled in Tondo, Manila.

The young Ty was raised on the values of discipline and hard work, which served him well when his father Norberto entrusted the flour business to him.

It enabled him to surmount the lack of any industrial know-how and successfully manage the business, which eventually had assets amounting to $6 million.

After the flour mill was operating on cruise control, Ty pursued his intent of going into banking. It would take years before the dream of opening a bank was realized, but he went at it with a tenacity that impressed the powers-that-be.

“I could not speak fluent English and when people talked to me, I could only understand 20 percent.”

Every week for several years, he waited in the office of then Central Bank Governor Andres Castillo, hoping for an appointment. “I was a nobody and it was very difficult for me,” recalled Ty.

Finally, when Castillo met with the young man who had sat patiently outside his door, he heard an unusual business philosophy. Ty wanted to open a bank that would do more than make money; he wanted to establish a bank that would give money to help businessmen and the community.

Approval was given in 1961. The next year, the Metropolitan Bank & Trust Co. opened at Plaza Calderon in Binondo.

From the outset, the trust of people who put their money in the bank was enshrined as a core value. In the coffee-table book “In Good Hands, The Metrobank Story,” Ty expounded on this value.

“We have to be worthy of their trust. If a bank is put up just to make money, it will not be successful… I did not go into banking to keep all the money of other people for myself. The bank is there to do good, to help other people, to help the country. I never forgot that people trusted me with their money. As a banker, I take care of other people’s money.”

His emphasis on success in business and community contribution was concretized not just in the services of the financial institution, which broke ground by going to the people and setting up branches for their greater convenience, but also in creating the Metrobank Foundation (MBFI).

This philanthropic arm of the bank has contributed to education, healthcare, visual arts and public safety through its flagship programs and grant-making.

SGV founder Washington SyCip said, “In many areas, Metrobank has set an example not only for other financial institutions but for all economic entities in the country. The Metrobank Foundation has encouraged excellence among schoolteachers, policemen, soldiers, artists… Metrobank can claim national leadership in corporate social responsibility.”

When George Ty was named one of Fortune magazine’s Heroes of Philanthropy in 2010, the distinction meant more to him than being listed among the country’s wealthiest men.

Fifty years later from the opening of the Binondo branch, GSKT’s reach has gone international, in sectors beyond banking.

The Metrobank Group has considerable stakes in real estate, power generation, life insurance and the hospitality and automotive industries.

Ty’s sons Arthur and Alfred have assumed much of the responsibilities in the businesses, even as the patriarch remains involved and interested in further growth and expansion.

“We can grow bigger and better,” he said, showing the same spirit that has propelled Metrobank to remarkable strides in 50 years.

Recently, the public offering of GT Capital was launched with overwhelming success, something George S.K. Ty took as an indication of the continued trust of the people in his business acumen. The revelation that he desisted from buying more stocks and earning a few more billions was consistent with the man’s philosophy.

“If we get everything, we are not giving other people a chance,” he explained.

About MBFI, he said: “The foundation needs to continue to grow. We can spend more money now and do more for the community.”

It is a preoccupation that energizes him. He looks back at the analogy between the ant and himself. “I have the spirit of an ant. Ants work together: they never give up. I have very good people and we are working together to move more mountains.”