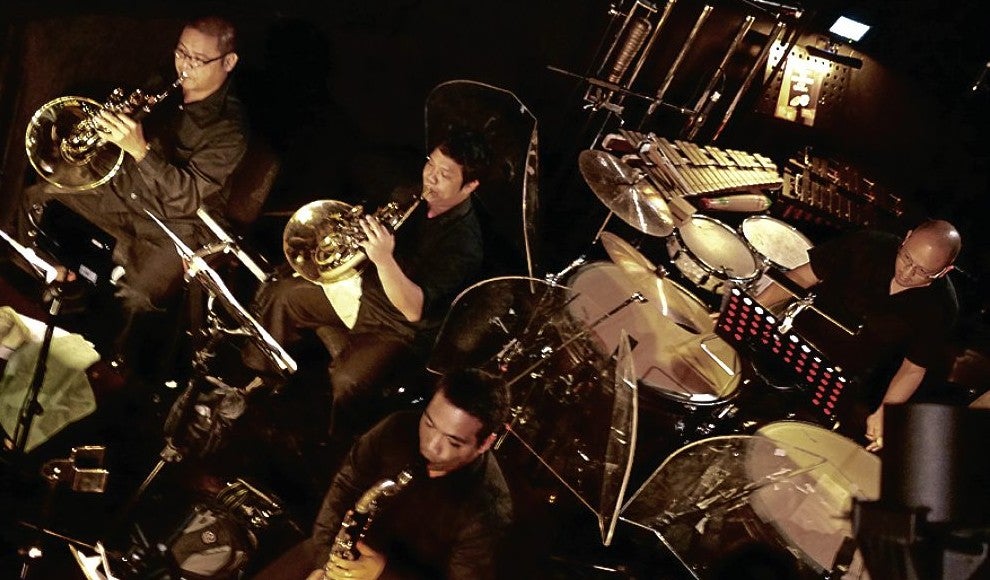 FILIPINO musicians at “The Phantom of the Opera” orchestra pit

Months before the Manila production of “The Phantom of the Opera” opened at the CCP, auditions were held for Filipino musicians who wanted to be part of the orchestra.

Fourteen were successful and are now part of the talented 17-piece orchestra that brings the beautiful music of Andrew Lloyd Webber to life in every show.

At the press preview of “The Phantom of the Opera,” Lifestyle spoke to three of them—pianist Mary Anne Espina, one of the show’s keyboardists, violinist Denise Huang and percussionist Daniel Bartolome.

When did you discover your love for music?

Espina: Maliit pa ako. (Laughs) A long, long time ago, when I started taking up piano when I was turning four, I think. I never stopped.

Huang: I started when I was six. From the very start, it’s been the violin.

Bartolome: I started late. But my parents, my brother, my sister, they were all musicians. Eventually, like them, I became a musician.

How did you end up choosing the instrument you’ve mastered?

Espina: Most of my older sisters played the piano so I did, too.

Huang: Why the violin? I studied at St. Scholastica’s College and that was when this new program came up—the Predis program—Philippine Research for Developing Instrumental Soloists. Up to now it’s still running. Nung time na yun, it was just starting and they really were recruiting lots of kids. There was this nun who came along—she went door to door sa mga classrooms. We were prep students then. She recruited many violinists to come and join and I was one of them.

Bartolome: I thought percussion was the easiest of them all but I found out, pantay-pantay lang sila. (laughs)

Which of the songs in “Phantom” is your favorite to play?

Espina: Of course, the theme song, “Phantom of the Opera.”

Bartolome: Me, too, I like “The Music of the Night.”

Why do you think people love “Phantom”?

Espina: It’s the overall production. It’s really amazing, it’s so magical, not only for the music, but the full production as well. When we watch it… oh my god.

Huang: The music is great. If you close your eyes and just listen to the music, it’s beautiful.

Huang: But the thing is that when you really come and watch the show and you see the costumes and the set and how everything is… oh my gosh. Ang ganda.

Bartolome: It’s magic. Maybe it’s because of the story behind it. There’s love and jealousy.

Do you still get goosebumps when you play the song?

How does it feel to be a part of this production?

Espina: We’re so lucky, we’re so privileged to be a part of this really, really big production.

Are your families excited? Have they seen the show?

Huang: My family’s seen it.

What is it like working with the people who flew in for the show?

How have the shows been so far?

Huang: All the time.

What other musicals would you like to be a part of? Do you have a list of dream musicals?

Espina: Actually, I was a part of “Miss Saigon” already. That was 12 years ago. I worked with Guy Simpson back then. And now, I get to work with him again which is great.