Being obese makes it harder to get pregnant | Lifestyle.INQ ❮ ❯ 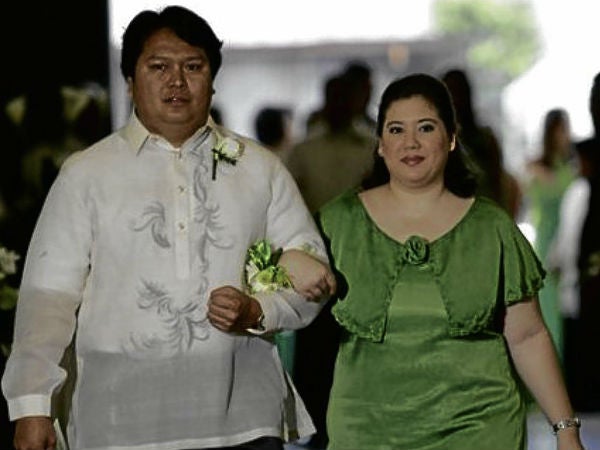 Being obese makes it harder to get pregnant

When she was brand manager, Rona Rodriguez Baes, 31, traveled frequently and entertained dealers and business colleagues. Beer, dining out and a sedentary lifestyle contributed to her weight gain, until she ballooned to 178 lbs after her pregnancy.

“I packed on the weight, but when it was time for me to conceive, I developed polycystic ovary syndrome (PCOS), a kind of hormonal imbalance and had to take an antidiabetic agent thrice daily to regulate my sugar and normalize my menstrual cycle just to conceive,” she said.

Despite her weight problem, Baes finally got pregnant. However, she suffered complications such as gestational diabetes (high glucose levels), hypertension and preeclampsia (high blood pressure and protein in the urine).

The baby was born prematurely and died due to severe infection while in the ICU.

Still carrying some postnatal fat, Baes underwent a physical examination and was told that she was classified as obese. Suffering the trauma of losing a child due to her obesity, she worked hard to lose weight by trying out popular diet plans.

She would regain the pounds once she got off the diet.

Only the Cohen Diet produced dramatic and lasting results. The Cohen Center developed a customized program based on her blood chemistry and taught her how to prepare her meals.

“Most diets know only two things: make you lose weight and look better. The Cohen program balances your hormones and normalizes your body functions,” she said.

People who undertake this plan lose as many as 10 lbs on the first week. This motivates them to continue their diet.

Baes noted that the weight loss cured her PCOS, her period became regular and the acne resulting from PCOS disappeared. 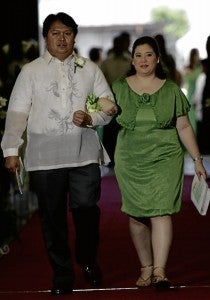 After losing 60 lbs and going down to 118 lbs, and dropping  from size 16 to size 4, Baes has been keeping unwanted kilos at bay by following the maintenance guidelines. She enjoys the clean flavors of nature’s produce and no longer craves for salty foods.

Baes is two months pregnant again, without having to be on medications to help her conceive and to control her insulin levels.

One of the country’s top ob-gynecologists, Dr. Gilda Martinez, pointed out the link between obesity and reproductive problems.

At the onset of obesity, the abnormal amount of estrogen, which regulates the female reproductive organs, can cause irregularities in menstruation, problems in ovulation (the release of the egg from the ovary needed for fertility, difficulty in getting pregnant or higher risks of miscarriage).

Dr. Martinez said that obesity and insulin resistance are common problems. Insulin is a hormone that stores fat in the body or enables it to burn for activity.

When insulin receptors don’t function properly and start to build up, it can mean a domino effect on the rest of the hormones.

“With insulin resistance, the body tries to produce more insulin. Thus, it affects the organs, such as the ovaries, and increases the production of male hormones. This is one reason women have difficulty ovulating.”

Obesity could also aggravate PCOS in the female reproductive system.

On obesity’s effect on male fertility, she explained, “Obesity tends to reduce androgens, the hormones needed to maintain the male reproductive system. The imbalance can affect the quality of the sperm and lessen the active testosterones.”

In pregnancy, obese women also risk complications such as prolonged labor and even trauma during and after delivery because the babies are too big.  Dr. Martinez added that babies of obese mothers are more prone to birth defects, birth injuries, asphyxia (lack of oxygen due to prolonged labor) and metabolic disorders.

Although diet and exercise are important in managing hormonal imbalance, Dr. Martinez pointed out that not all weight-loss programs can address this problem.

“Losing weight with hormonal imbalance is difficult since hormones control appetite and metabolism. A low-calorie diet that limits carbohydrates and sugars and emphasizes quality proteins and fats provides the building blocks for all your hormones.”

She recommended dieting and weight loss before pregnancy. Dieting during pregnancy could deprive the baby of nutrients.

“Advise them to eat more vegetables which can satisfy their appetite and control their weight gain. Pregnant women should eat four to five cups of fruits and vegetables a day during pregnancy, including snacks. The Mayo Clinic recommends asparagus, spinach and citrus for their high content of vital nutrients such as folic acid and calcium. Grilling, broiling, baking, steaming and using fresh herbs and low-fat dressings and marinates are recommended instead of unhealthy fats like butter,” she said.

“When you lose weight, you become sensitive to insulin. As the body starts to restore its order, and other hormones start to balance. The end result is you can ovulate.”

However, weight loss doesn’t necessarily ensure pregnancy because of other factors. Still, it improves the reproductive health.

For eight years, a corpulent Olga Lacson-Caballero, a businesswoman, was trying to have a baby. Diagnosed with PCOS, she experienced irregular and long periods and dysmenorrhea. The gynecologist prescribed estrogen regulators, fertility injection and even in vitro fertilization.

Olga had a healthy appetite and loved buffets and rich coffee blends. Her overweight condition was worsened by a sedentary lifestyle and all these medications to induce fertility.

After reading a newspaper article on the Cohen program, Olga underwent the program for five months. She was allowed to drink diet sodas and she could still enjoy desserts as long as she followed the requirements.

The immediate result was that her clothes started getting looser. Since her bones carried less weight, her feet no longer hurt. Then there were no more attacks of allergic rhinitis and her period became regular and painless. She lost 52 lbs, dropping from 177 to 123 lbs.

One day, she had dizzy spells and she started craving for foods that were not allowed in the Cohen diet. The lab test showed that she was already eight weeks pregnant.

“The Cohen diet finally made me into a mother, and it gave me happiness,” declared Olga.