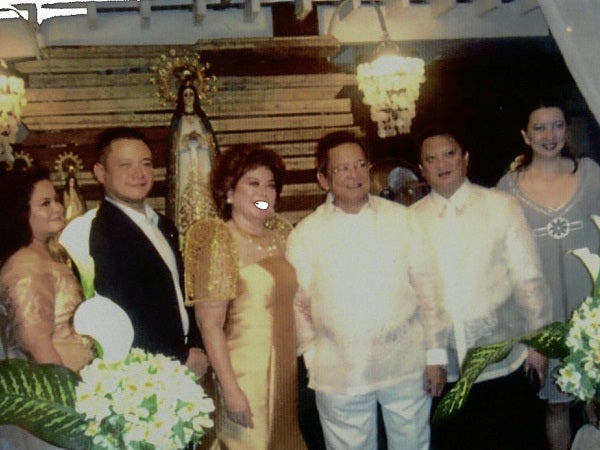 As we await the great day  of Oct. 21 when Pope Benedict XVI  canonizes Visayan martyr Pedro Calungsod and six other  “Blessed” in Rome,  let us pray that they may intercede for the safety of our country from  earthquakes, typhoons and tsunamis.  Let us also pray for our youth gone astray and for friends and relatives who are very sick.

Here’s the prayer to Beato Pedro Calungsod, with the ecclesiastical approval of Cardinal Vidal:

“Blessed Pedro Calungsod, student, catechist, young migrant, missionary, faithful friend, martyr, you inspire us by your fidelity in times of adversity; by your courage in teaching the faith in the midst of hostility; and by your love in shedding your blood for the sake of the Gospel.

“Make our troubles your own (here mention your request), and intercede for us before the throne of Mercy and Grace so that, as we experience the help of heaven, we may be encouraged to live and proclaim the Gospel here on earth. Amen.  Blessed Pedro Calungsod, pray for us. ”

Al Arriesgado, Ali Rich Garcia and I were very blessed to have been able to visit the shrine of Blessed Pedro Calungsod and Blessed Diego Luis de San Vitores behind the Guam Reef Hotel in Tumon Bay.

Louie Ancheta, brother of our host Alvin Jay  Ancheta, drove us to the shrine.  The site was where San Vitores and  Calungsod  were martyred and then thrown by their assailants into the sea on April 2, 1672.

By the way, a late report from Guam says that the 3-ft statue of  Our Lady of Manaoag donated by Edna Ouano Toral to the St. Anthony and St. Victor Church in Tamuning will occupy a special place inside the church,  so  devotees can easily go and pray to her.

Prof. Gabby Lopez texted me to say that the late Jesse Robredo  “deserves his eternal reward with God. He has become immortal and a saintly intercessor for us. One day, he shall be our first Bicolano beato.”

Mass of Remembrance on Sept. 10

The Prayer Warriors of the Holy Souls will hold a Mass of Remembrance on Sept. l0, 11 a.m., at the  Nativity of the Blessed Virgin Mary Chapel on the lower level of  the Immaculate Conception Cathedral on Lantana St. in Cubao.

Fr. Jojo Zerrudo  will celebrate the Mass and  lead the prayers for the repose of the souls of Dr. Narciso Monfort, founder of PWHS, who died Sept. 5, 2005; for the 3,000 victims of the 9/11 attacks, in which some 500 Filipinos  and Fil- Americans were believed to have been killed; and those who died during the Peñafrancia fluvial processions in September  1948 and 1972.

804 boys and girls to be confirmed

On the feast of Our Lady of La Salette on Sept. 19,  804 boys and girls from Boystown and Girlstown in Barangay Biga in Silang, Cavite, will receive the Sacrament of Confirmation from Manila Auxiliary Bishop Bernardino Cortez at the Girlstown Gymnasium.

My friend Mila Dolores, who has been  acting as godparent for the past 10 years, told me that it is truly a privilege to be asked to be  a godparent. (For confirmation or inquiries, you may contact [email protected])

St. Michael’s Chapel on Aurora Drive, Vergonville Subdivision, and under the Good Shepherd Parish in  Las Piñas  will turn 50 years on Sept. 29, the feast  of the archangel.

Several activities have been lined up this September, such as the Alay Lakad kay San Miguel  last Sept. 1; “A Night to Dance ” last Sept. 8  at the De Bresillac Hall of Good Shepherd Parish Pastoral Center;  free medical, dental, optical missions on Sept. 15 at the Vergonville Multipurpose Covered Court; and an on-the-spot drawing contest and a Palaro ni San Miguel  for the kids at  the chapel courtyard  on Sept. 23.

The  Concelebrated Fiesta Mass  will be held Sept. 30, 8 a.m., to be followed by a photo memorabilia exhibit  showing historic milestones of the parish for the last 50 years.

Roselynn  Magsaysay, who has been propagating the devotion to “Ina Poon Bato” for 30 years,  and former Zambales Gov. Vicente Magsaysay  celebrated their 50th wedding anniversary with a Thanksgiving Mass officiated by Msgr. Cris Cacho and Fr. Larry Faraon recently.

Their son Victor Magsaysay flew in from Paris where he works as a chef. His brother Jesus Vicente,  honorary consul general to  Papua New Guinea, sister Angelica Cheng, sister-in-law Rep. Mitos Magsaysay and another  sister, Lourdes Magsaysay, were also there.

Boy Ponce, “camaradero” of the Nuestra Señora de la Verdad y Justicia, urges everyone to catch the veneration of  Maria Bambinella and the relic of Mary’s veil today at the  Presentation of the Child Jesus Church in BF Homes Parañaque.  The veneration began yesterday, the Nativity of the Blessed Virgin Mary.  Those who are sick can ask for miraculous healing from the Blessed Mother.

Donations of flowers to decorate the Altar of Our Lady of Peñafrancia and the Naga Cathedral are needed during the 10 days of the fiesta (Sep. 7-16).