On a clear day you can see forever | Lifestyle.INQ ❮ ❯ 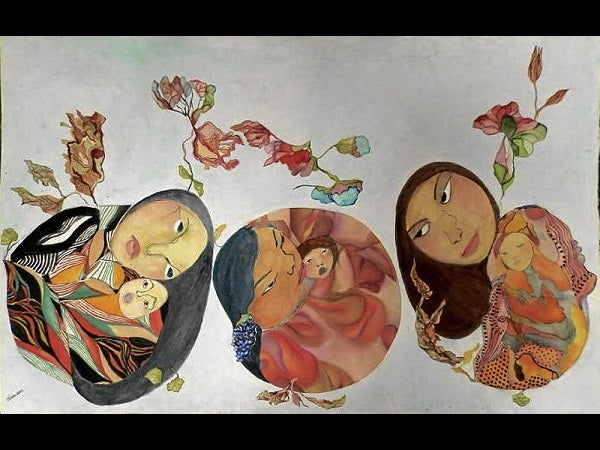 On a clear day you can see forever

I am sitting against in the bower near the driveway, and the fantails are noisily welcoming me back. The yellow flowers are in bloom and the red anthuriums peeping from the tips of their leaves. Abandoned are the signs on heavy stands that Lilli-Ann threatened to place outside the gate: No Parking; Bawal magtambay; Bawal magsabit ng T-shirt sa bakod; Bawal matulog sa bangketa.

This workaholic’s columns are written two or three weeks in advance, so if I reported that I’m sick today, it may not be so anymore. Neither is it reliable to assume that I am well. It may have been a zombie writing. I’ve just been released from three days of hospital arrest but still don’t feel great. I have to go back for a few more of those depressing tests, after which I intend to retire and never see an intravenous needle again.

I’ve enjoyed writing about Spanish and Tagalog vocabularios which have pleased some friends, but one exasperatedly asks when would I quit it and “start writing normally again.” Which I guess means writing on aging, which is what this section really hired me for.

Surrounding old people’s beds of pain are: antibiotics, soporifics, painkillers, heater, vaporizer, oxygen tank, towels and numberless meds. And boy, how we love to talk about them! Only saints do not complain about illnesses (why they’re canonized). Health is a senior’s center of concern.

I was brought to emergency by my two sons who live nearby. They are kind, like my daughter who lives in Antipolo, but irreverent about my condition, joking the doctors and nurses and succeeding only in confusing them.

People in any kind of pain are cranky.  We do not like to be asked by every doctor, pharmacist, fellow or nurse what medications we take (about 13!) and what operations we have undergone, six times in a row, even when one is already in the room. It’s so easy for an intelligent hospital like St. Luke’s to settle this frazzling system. Just let the first person who interrogates stick his notes on a clipboard at the desk. Everyone else who needs the same information will just copy it.

Old people are more impatient than younger ones. They like fast delivery of services because they are in peril of croaking any time. They have a feeling of entitlement because they and their families are regular patrons of the hospital and should own a wing of it.

This time, the personnel around on the floor I was in were intelligent and quiet and the expert blood extractors could put a vampire to shame. And, of course, the attentive and unflappable Dr. Oliver Canlas (who once saved my husband’s life) was in attendance and the kissable heart specialist, Dr. Wilfred Dee, Dr. Joven Cuanang, who is more an art friend than the hospital big boss when he visits, peeped in, complete with mask of Zorro because he had a cold. There is no more hardworking lot than doctors. I don’t know why people marry them since they are never home anyway.

When my husband died last year, I opted to live alone. Most people can’t understand that and are worried that you only live “with the servants” even when everybody is just a text away. Traditional people can’t even understand a basic desire for freedom and even why you don’t relish visitors to your hospital when you’re having an enema. I like living alone in the house because I can look like a bride from hell, and no one will complain.

Also, I have many friends who pick me up for a lunch date or come for merienda by invitation. We really have a good time when I’m feeling well but I am still happy they go home. It’s contradictory. Being old is much like being a child. When your friends go home, you feel abandoned (even if you don’t want to see them again too soon). If your neighbor-son and his family invite you to eat out for dinner and you’re too lazy to dress up, you feel abandoned. Especially when the children and their families have to leave for a provincial vacation, or worse, one abroad. Even if they had attempted to bribe you to come along with free tickets and yaya or at least free accommodations and you opted to stay put.

But it is the separation anxiety from a husband you have shared your life with for 58 years that lasts the longest. Mine had been sick for almost eight years. I could never understand then how anxious he would be when I had to leave the house even for a short errand and how many questions he would ask afterward. Now it is just a dark room and an empty bed to talk to. It is a departure of no return.

You miss all the things he used to do for you that you took for granted, for the family and the garden that is now lush and wild. You weep inside when there’s music playing late at night and it’s raining and you’re painting all alone. And in the morning, there is no one to join you at breakfast, look critically at the piece you’ve labored on all night, and say, “Mommy, why don’t you just be normal and paint a bahay kubo?”