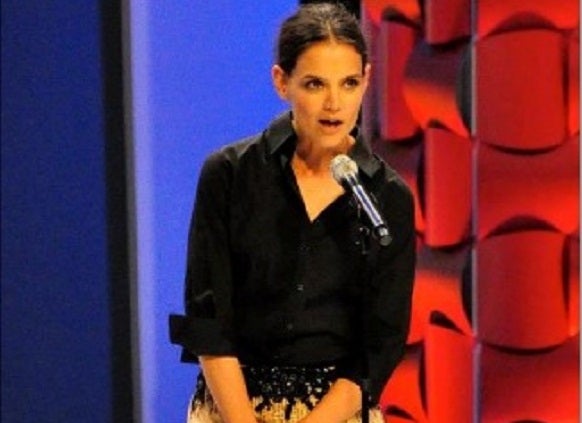 Melissa Ladinez Mejia had a great time at the Style Awards, soaking in the fashion industry’s forecast for 2013. She was eyeing the collections, the celebrities and the crowd not only as a publicist for Levi’s women’s global fashion but also as a fashion-smart Filipina.

“It’s nice and exclusive,” she said of the glossy event held September 5 at the Lincoln Center. “It’s very intimate.”

Melissa has lived in New York for 11 years before moving back to her hometown in Pasadena, California. It’s her first time to attend the Style Awards, this year’s curtain raiser to the New York’s Fashion Week.

The Style Awards not only recognizes the celebrities and the designers who are household names but also the people who are behind the scenes “who really make it happen,” such as the makeup artists, the costume designers, etc. “This is honoring both what’s important in the camera, but also what’s behind the camera,” said Salaam Coleman Smith, president of The Style Network.

The legendary Carolina Herrera, who designed clothes for Jackie Onassis, was named Designer of the Year. She was introduced by Katie Holmes, who wore a timid two-toned frock shirred at the waist, a sharp contrast to her ebullient elegance when she was Mrs. Tom Cruise.

“From her bridal collection to her lifestyle collection and (her) fragrances in between, Carolina Herrera is truly an empire,” Holmes said. “She’s revolutionized the way women have dressed for 25 years, made looking beautiful easy for everyone and will continue to do so for years to come.”

“When you think of her clothes and her design, it’s elegant and beautiful, sophisticated and I think every woman would want a piece of her clothing or design in her closet,” told The FilAm.

Joe Zee, creative director of Elle, said, “I think Mrs. Herrera is classic, timeless, and the most elegant lady you’ll ever meet.”

The rest of the winners are:

• Katharine McPhee, One to Watch (Female)

• Ed Westwick, One to Watch (Male)

• Joan Smalls, Model of the Year

Handbag designer Rebecca Minkoff expressed how important it is to celebrate style.

“I think we as designers provide all the garments and the clothes and the shoes and all that but then what people do with it is fun to celebrate,” she told The FilAm.

The Style Awards will make its primetime debut on The Style Network on Friday, September 14 at 8 pm ET/PT.

Reporter-photographer Elton Lugay returns to the runway to cover Fashion Week for The FilAm. Catch his blogs for the latest looks and the emerging names in New York fashion.