FNO is about style, not fashion | Lifestyle.INQ ❮ ❯ 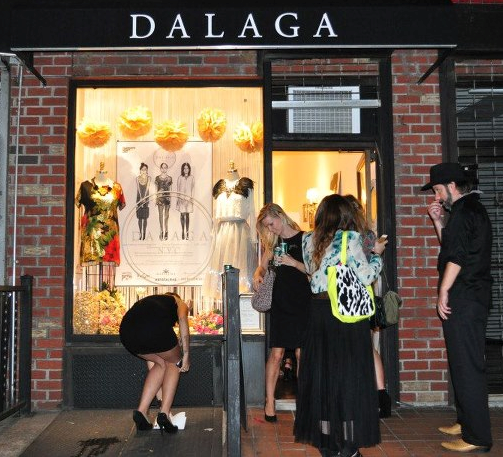 FNO is about style, not fashion

NEW YORK—It’s not all about shopping or dressing in style. For Nicky Feliciano, a financial analyst at EMI Music, FNO – or Fashion’s Night Out – means hanging with friends and hitting the after-parties with the overflowing cocktails and celebrity sightings.

For boutique owner Michelle Mangiliman of Dalaga Soho, FNO was an occasion to debut Krystal Rae’s fall collection to “eclectic, independent, sophisticated and free-thinking” New Yorkers. Rae’s inspiration is all about roses and the Krystal Rae woman knows all about dressing bold, she said.

“Since New York is all gray, my fall collection is like being a rose in the concrete, being colorful in a gray world,” said Rae, the Virginia Beach-born designer who went to the same school as Monique Lhuillier – the Fashion Institute of Design and Merchandising. “My fashion style is that I like to stand out, period.”

“We try to have a great assortment of designers,” Michelle said of Dalaga Soho, which opened three months ago. The original Dalaga boutique in Greenpoint, Brooklyn – which Michelle operates with her sister Mary — has been around for six years. The stores promote the collections of up-and-coming designers.

“I think FNO is a great idea. It’s a jumpstart to the Fashion Week,” she said. “It’s really to get everybody excited about fashion.”

What’s not to get excited about? Mayor Mike Bloomberg has declared New York – “not Paris” – as the fashion capital of the world. It’s like ringing the opening bell of the stock market. As the FNO opened for business, all of New York exploded with colors and bold individual styles. The mood was giddy, playful and freebies-induced madness.

“FNO is a great experience for everyone to come together and check out all the newest fashion trends,” said Daryl Escobal, a web designer from the Upper East Side. “FNO is very accessible, every New Yorker should experience it.”

Kwan Mai made his own bold statement with his striking green plastic folder which he carried as a purse. The bag earned a second look from many. Jil Sander has something similar for $2,000, but his was assembled in a pinch for $5, raved the art director for Tiffany and Co.

“Fashion is meaningless to me, but style is everything,” he said. “When you don’t have money, when you don’t have the luxury of buying things, what do you do? You become resourceful. Like this bag I made last night out of plastic. You find it on the street, you make a bag out of it, it becomes fashionable. It becomes your style.”