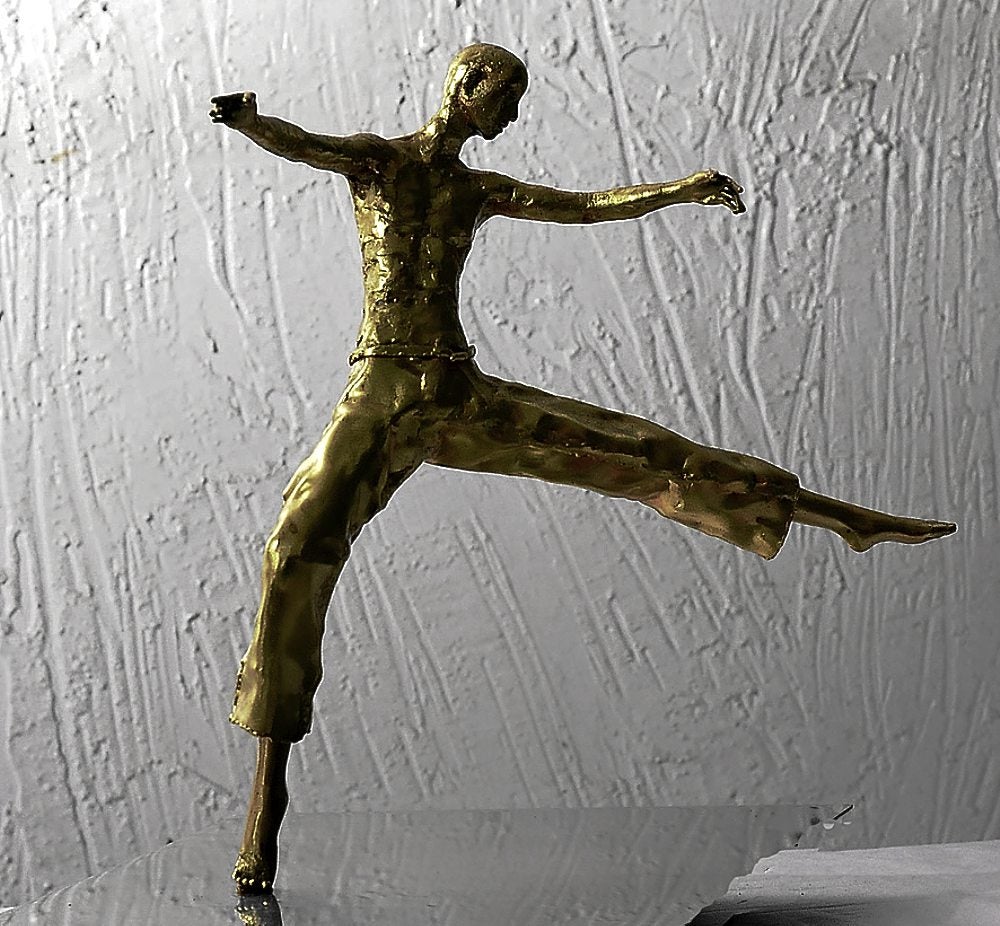 Neurologists brainstorm link between brain and the visual arts

The brain is the human piton in the visual process: It is where images pass through in the dynamics of perception. Often people make reference to the visual brain, and experts consider creativity and art-making as among the earliest and most natural of brain operations.

The Makati Medical Center’s (MMC) Brain Foundation and Neurology Section bring the creative and medical fields together in “The Brain and the Arts: A Celebration of Life,” a group exhibit featuring the works of Ferdinand Cacnio, Milmar Onal and Orville Tiamson.

“The show is a nonrestrictive collaboration between the doctors and the artists,” said project director Leslie Noble.

Conceptualized by MMC’s team of neurologists, the exhibit fulfills the doctors’ vision to open the behavioral aspects of neurology to the public and to link their profession to art, a passion for which is shared by the physicians themselves.

“These neurologists are artists themselves some are musicians, others paint. They’re into the arts and the visual aspect of art is easier to express, to show,” Noble said.

The project supports the doctors’ advocacy to cultivate deeper public understanding of neurology and neuroscience.

It was in the early 1950s that  Haldan Keffer Hartline ignited interest in the detailed workings of how visual input travels to the visual cortex. Hartline later won the Nobel Prize in 1967.

An outstanding follow-up to his research came in 1981 when doctor-scholars Torsten Wiesel and David Hubel were awarded the Nobel Prize in Medicine for exploring what they referred to us “the visual system.”

Their study was anchored on the internal movement that ensues in the complex mechanism that is the mind when it processes visual input and translates it into something relevant and relatable for the individual, showing its capacity to integrate emotions and memories in the physical environment.

Although there is a common misconception that art and  medicine hardly complement each other, their neurological aspects work hand in hand as visual input-visual output progression is what leads to reactionary human activities such as art appreciation and critique.

“They might not be vital for survival and may seem too excessive (the activities), but these are qualities of the brain that make us more human,” said Dr. Darwin Dasig, chief of MMC’s Neurology Section.

Dasig said there are very few researches in the country that tackle the neurological bases of art. It is through fundraising events such as the exhibit that the Neurology section of MMC is able to raise interest on the need for more studies in neurology.

As part of the exhibit’s program, Dasig will give a talk on the various components of degenerative brain conditions and their correlation to a person’s level of artistry, on Sept. 16, 3 p.m.,  MMC.

The exhibit will  run until Sept. 19.

Cacnio, a sculptor who has established his niche in metal works, studied Industrial engineering at the University of the Philippines. Abstractionist Onal and realist Tiamson graduated from the University of Santo Tomas with Fine Art degrees in Painting.