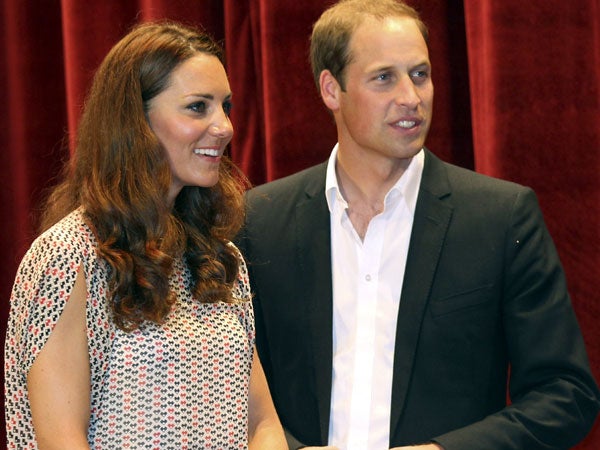 PARIS – The editor of French magazine Closer on Friday defended publishing topless photos of Prince William’s wife Catherine and said she was offering them for sale to publications across the world.

“These photos are not in the least shocking. They show a young woman sunbathing topless, like the millions of women you see on beaches,” Laurence Pieau told AFP.

Closer has a world exclusive on the topless photos but plans to offer them for sale to other magazines across the globe, said Pieau. She declined to say how much her magazine paid for the images.

She said the terrace of the plush Viscount Linley villa where Catherine was pictured sunbathing with her husband was clearly visible from a nearby road.

The photos, which have not been published on the magazine’s website, were taken “by a professional photographer with whom we have previously worked,” she said.

The magazine was informed of the arrival of the royal couple in nearby Marseille on a scheduled British Airways flight, she said.

The British magazine Closer, which is entirely separate from the French title, distanced itself from its namesake after a flood of online criticism over the photographs.

It said in a statement it had no intention of publishing the photos and that the two titles were run by completely different companies, with the British one run by Bauer Media.

The French press used to largely avoid coverage of the private lives of celebrities or politicians — former president Francois Mitterrand’s daughter by a mistress was famously ignored by the media in France until he died.

But the Internet, ex-president Nicolas Sarkozy’s tumultuous private life — which included a divorce and a marriage to an ex-supermodel in a matter of months — and the sex scandal surrounding Dominique Strauss-Kahn have helped boost the thirst for domestic details.

The French version of Closer is the leader of a new pack of glossy magazines that have been breaking down the long-established taboos surrounding the privacy of the rich and famous.

French law gives the state significant powers to block publication of intimate information or images but the consequences if media decide to “publish and be damned” are slim.

In theory, an editor breaching the law could face a one-year prison sentence and a fine of up to 45,000 euros.

But in practice, past precedent suggests a purely symbolic fine is the most offending publications risk and even a maximum fine would represent peanuts for a magazine like Closer.

The website of its publisher Mondadori says the group’s mission is to “encourage the widest possible dissemination of culture and ideas”.

Prince William and Catherine reacted with fury after Closer published the pictures, saying it raised the spectre of press harassment of William’s late mother Diana, who died in a Paris car crash in 1997 while being pursued by paparazzi.