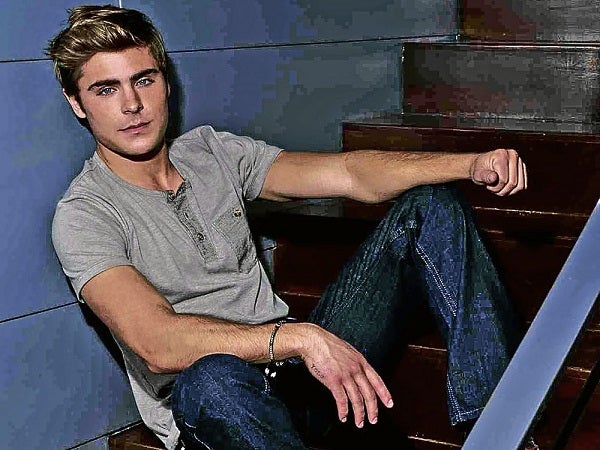 Zac Efron loves ‘adobo’–has even cooked it himself

It’s not everyday one gets to sit two feet away from a major Hollywood celebrity, but that’s exactly where I found myself at the London Hotel in West Hollywood one balmy spring day in LA.

A few weeks before this, I got a call from my editor at Inquirer asking if I was available on certain dates to go to LA and interview an A-List celebrity who was to be Penshoppe’s newest endorser.

I wasn’t even sure at the time if my schedule really was clear, but I wasn’t going to say no to this opportunity. I was told it was a top-secret project; I had no idea who I would meet when I got to LA.

When we arrived, we were finally told who the next Penshoppe endorser would be, and it was such a big secret that we were given non-disclosure contracts to sign.

Zac Efron. “Wow,” I thought, “This is major.” This was quickly followed by a sense of panic because at that time, I didn’t really know anything about him, aside from the fact that he became a star because of “High School Musical” and he dated a half-Filipina actress.

I was definitely no longer in the age range of his target market, but I knew my younger cousins and friends loved him, and I had 24 hours to do my research so I could make sure I asked intelligent questions!

I spent that evening watching videos online and Googling the heck out of his name. To my surprise and relief, I couldn’t find any dirt on Zac.

On the day itself, I was quite nervous as I walked to the room where the interview was to take place, but it was quickly dispelled by the warm smile and arresting blue eyes that greeted me.

From the get-go, Zac was nice. I know most celebrities are probably trained to be nice to the press, but he seemed really genuine. There was no air of entitlement around him, and he wasn’t closely watched by a million assistants.

The room was actually pretty empty, with just one person from his camp and the owners and PR of Penshoppe. The vibe was very casual and no fuss. When he invited me to sit on the couch to start the interview, it felt like a friend inviting me to watch a DVD and eat popcorn. Yes, that comfortable.

Throughout the interview, I was quite impressed at the answers he gave me. When I mentioned that there was no gossip to be found about him on the Internet, he answered, “I think you need to focus on keeping it about the work. I try and see my family as much as possible.”

For someone so young with the world at his fingertips, Zac seems very grounded and also very much aware of the direction he wants to be heading. He said he was enthusiastic about visiting the Philippines, and mentioned that his father has been to the country several times, usually staying for a few weeks.

And right when the skeptic in me was about to say “Yeah, right, you have to say that,” he also said he not only likes adobo, but has cooked it himself! Another favorite is halo-halo, with ube getting a special mention from the Hollywood star.

Penshoppe is Zac’s first endorsement ever, and when asked why he decided to do a clothing brand, and an international one, no less, he answered, “They told me it’s the best clothing brand in the Philippines. I learned about how they started and their history. It’s an original Pinoy brand. My style mixes great with Penshoppe’s. I’m very casual—a T-shirt-and-jeans kind of guy, and at the same time I want to look nice.”

The interview ended with him taking notice of my feather tattoo (I found out later on that he has one himself!) and reiterating that he would love to visit the Philippines.

Well folks, the time has come, and now all his Pinay fans can get the chance to see him in the flesh this month at a “Fan Con” at the SM Mall of Asia Arena on Sept. 29.

Single receipt purchases are equal to a ticket type depending on cumulative price of purchase made. Ask your favorite Penshoppe branch for details.