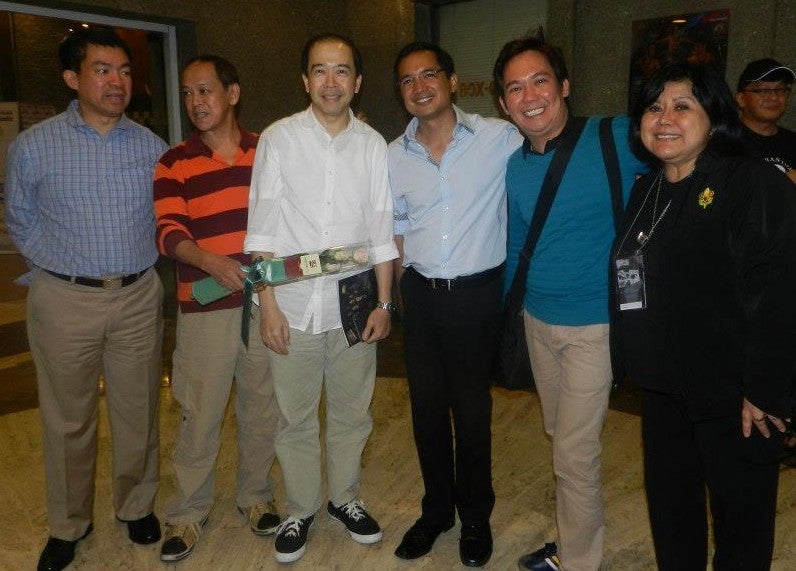 Forget the singing ghost upstairs, no one blinks, indeed, for ‘Walang Kukurap’

All eyes for the most awaited tandem of the year. Director Tuxqs Rutaquio and playwright Layeta Bucoy are here again to delight their fans in Tanghalang Pilipino’s “Walang Kukurap.” Here, the two explain their newest masterpiece. Video by INQUIRER.net’s Totel V. de Jesus

MANILA, Philippines—Layeta Bucoy’s newest work “Walang Kukurap,” a play that tries to explore and expose the minds of people in public office, successfully opened Friday night (September 14) at the Cultural Center of the Philippines’s Tanghalang Huseng Batute, coincidentally attended by a fearless militant lawmaker, a whistleblower who almost got killed a la desaparecidos and a senator robbed of his post for four years.

For the uninitiated, Bucoy is the mind behind “Doc Resureccion: Gagamutin Ang Bayan,” one of the most critically acclaimed plays of recent years that gives a “fresh angle” on the filth and gore of local politics and how poverty, envy and revenge against the affluent could drive people to kill.

“Walang Kukurap,” is inspired by the Utopian concept that “public office is a public trust” as pointed out in Article 11 Section 1 of the 1987 Philippine Constitution. This means that—in a perfect world—government officials and employees must, at all times, be accountable to the people and should serve them with utmost responsibility, integrity, loyalty….the works.

Of course we know this doesn’t happen in reality.

Tanghalang Pilipino explained it best: “Walang Kukurap” as a production will serve as a forceful reminder that if people do not take the responsibility to better this world, then there is no need to die just to experience hell.

There’s also GLOC 9 on special dates of its run.

“Walang Kukurap” runs at 3 p.m. on Saturdays and Sundays, 8 p.m. on Fridays and Saturdays until October 7.