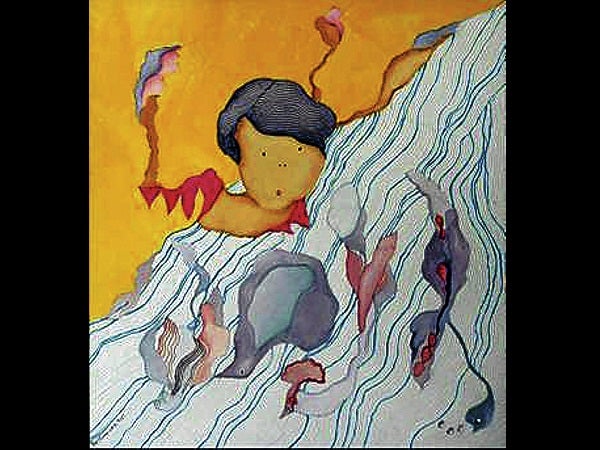 The Tagalog that many Luzon provinces share have variations from region to region as I learned as a short-time resident of several places.

Malabon, for instance, where our family evacuated and stayed for almost three years during World War II, has a patois of its own.  They say palalo for hambog or mayabang, actually, an archaic term.  Lumpia becomes sumpia when fried.  Their bilo-bilo which goes into the ginataan is pinindot in Batangas.  They refer to burong talangka by its original Chinese-derived word pehe which is generally eaten raw with hot rice.  Their umaangge is umaapiyas to my Batangueña mother who shouts for someone to “close the shutters, the rain is coming in.”  Nalagot is napagot in Malabon.

Like Kapampangan, they drop the first letter of the word, maybe more than other tribes do.  Such as, Asan na for nasan ba? Asa kabila for Nasa kabila.  Their nicknames were Azon, Inyang, Onor, Omy, Ochi.  They are old Tagalog nicknames but oftener used, it seems, in the Malabon I knew.

To the present, the residents still observe the kuya, diko, sanko, ate, dete, diche, sanse, pecking order of males and females in a family.  Some even still address the husband of an older sister as siaho, and the wife of an older brother as inso—old Chinese terms of respect.

The old fishing town of Navotas, Renato “Butch” Santos (of Forbes Park but whose origins are Malabon), tells me of the different winds people there are able to recognize.  Not just amihan and habagat but also salatan which is a changeable and confusing wind coming from unexpected directions.  Its inhabitants buy and sell bangus whose fry size they describe as  “mandangkal and ga-daliri” and they have a sing-song way of counting.

My memories of Malabon are from the late ’40s and I doubt if they still hold.  All the members of one family were nicknamed Bapor and so there was Berting Bapor, Luming Bapor, Baby Bapor.  They weren’t huge as sea vessels, but their grandpa, according to town lore built a ship that sank as soon as it touched water.  Poor guys, I thought, for generations were never made to forget it.  Until I realized that bansag or town nicknames carried no malice, they were just a quicker way to identify a whole clan.

Another family was small and quick and were nicknamed Pugo (quail).  Puso was the bansag of Rina who peddled cloth from house to house.  She once had a romance that broke her heart.  She never failed to recount it.  The town chismosa was called Kodak.

But far and away, my favorite character was nanay Onor.  My pharmacist cousin Clarita, Butch’s mother, owned a beautiful old-style, all-white drugstore complete with tall apothecary jars containing all kind of herbs.  Nanay Onor was its officer-in-charge.  Following the doctor’s receta, she would set about weighing herbs and crystals, pounding them in a small marble mortar, then mixing them with some elixirs in a beaker.  This was put in a bottle with the receta’s copy labeled on it.

Once I remember a Japanese private sauntering in, his fly open.  Everyone was terrified.  He kept pointing to it and saying “Kura! Kura! Kura!”  Fearless nanay Onor brought the Jap behind the counter.  Wrapping a big swab of cotton on a stick, she dunked it in tincture of iodine, then swabbed it all over the wound on the penis.  The Jap ran away screaming his head off.  I guess it taught him never to come back again.

Eventually drugs were mass produced and the botica became nominal.  Nanay Onor morphed into the governess of cousin Clarita’s children.  The big table became a siesta table for the little children.  It was also the punishment table. The kids were ordered to “dapa!” for a spanking or “luhod!” for half an hour.  If they were being extra naughty as their cousins, Malou and Inking, (who hid the breakfast they were forced to eat behind the aparador).  They were often threatened of being held upside down over the well and dropped.  That was just one of a variety of colorful nanay Onor threats.  But I guess everyone must have seen through that toughness and loved the spinster to kingdom come.

As I did. I was too big to be ordered to sleep on the table.  But I was present every afternoon at siesta time because nanay Onor was an incomparable storyteller.  She told us traditional fairy tales and fables that to this day I remember.

I hope to retell one of them next time.

(With thanks to Butch Santos for jogging my memory.)