How Manila has become a portrait of ugliness | Inquirer Lifestyle ❮ ❯ 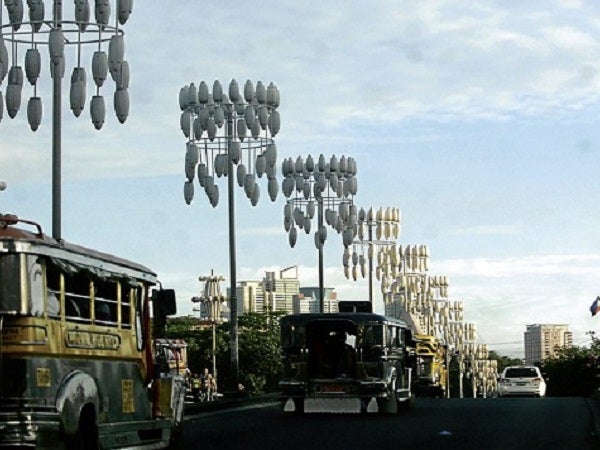 How Manila has become a portrait of ugliness

When in an interview on US television “The Bourne Legacy” director Tony Gilroy said that after seeing Jakarta and Saigon he decided to shoot his movie in Manila because it felt so “Bourne”-ish, he was just being factual.

What got the goat of supersensitive fellows was when he explained the city: “It’s just so colorful and ugly and gritty and raw and stinky and crowded.”

That’s unacceptable to our custom of hospitality. You don’t go to someone’s home, receive its amenities, then tittle-tattle about the tackiness of its furniture or the crappiness of its food. It sounds so ungrateful. We even have a colorful idiom for it: asal hayop, or “beastly,” that is, biting the hand that feeds it.

Yet, if Gilroy’s statement is taken in context, we shouldn’t have been so onion-skinned. Because we’ve brought it upon ourselves. It is we ourselves who’ve made our place ugly and stinky and, well, “Bourne”-ish. We deface our landscape, defile our home, and when some visitor comments about it, we get touchy, we are hurt.

Some years ago, the Unesco tackled precisely such problems in a workshop in Italy, billed “Partnerships for World Heritage Cities: Culture as a Vector for Sustainable Development.”

In the tourism sector’s drive to commercialize heritage, and with the government’s sense of service and politicians’ sense of value, we are spoiling the cultural landscape. Most obvious is the way we clutter the place.

It is our horror vacuui—that very Pinoy rococo-baroque sensibility that wants to fill every available space with gewgaws. It is a sensibility that cannot appreciate the aesthetics of the empty space or the blank wall as part of the integrity of the view, as much as clusters or groupings are.

Just look at Plaza Miranda fronting Quiapo Church. This used to be a square, one of the few open spaces in the heart of Manila. It is now choking on new structures—porticos, booths, obelisk, columnar pedestals, concrete vats of ornamental creepers and weeds—that look more suitable for the Temple of Minerva than the Church of the Black Nazarene.

The ugliest is that clumsy structure some wise guys appended to the church as a memorial to the victims of the Plaza Miranda Bombing. Is it supposed to resemble the torii of a Shinto temple, or a modified replica of the Arc de Triomphe? If they really wanted to honor the dead, a simple marker would have been well-appreciated.

The common perception is that some public officials are making a lot of money from such unnecessary projects—from the bidding of public land and building contractor to the purchase of construction materials. Can we help it if we think so, too?

Look at Mehan Garden. The former site of Parian district, where the Chinese population was quartered by the Spanish colonials, it was established as Jardin Botanico in 1858, the first zoological and botanical garden in Manila, and renamed in 1913 after John Mehan, the American chief of sanitation and park superintendent at that time.

What ever happened to it after protests over the plan to build new structures in that historical and archeological site some 10 years ago? It is now squeezed between the campus of University of Manila on its southern part and a multistory parking facility on its northern part.

And what once was a functional garden has been left to riffraff—homeless people taking abode on the paved grounds, under the gloomy trees, right in front of the incongruously situated monument of Russian national poet Alexander Pushkin.

What still baffles us is: Why here, when the place was already clogged as it was? There are plenty of wastelands in Manila and environs, fallow fields and idle lots these people can develop and where they can build their superstructures.

In fact, nearby Manila City Hall and surrounding areas are now crammed with infrastructures, a mall, and ongoing constructions, obliterating the view of elegant old structures such as the GSIS Building on Arroceros Street.

This stately 1950s building has been scheduled for demolition despite the fact that it is protected by law, with the specification of the National Cultural Heritage Act of 2009 (Republic Act 10066) that the modification or demolition of properties 50 years old and above needs the consent of the National Commission for Culture and the Arts, which would evaluate its significance before a special permit to demolish could be granted.

By the look of it, the GSIS headquarters would go the way of those pair of Art Deco jewels, the Jai Alai Building and the Meralco Head Office, merrily demolished by the Atienza and Lim administrations, respectively. They can always practice adaptive reuse, but no, easy money is more alluring.

Meanwhile, the much-ballyhooed restoration of Metropolitan Theater, the crown jewel of Art Deco structures in the city, has been left to destiny. Meanwhile, some drunk, punk or crackpot has shattered with stones several panels of its invaluable stained-glass marquee.

Urban renewal of historical districts is successfully being done by our neighbors. An example is Xintiandi, Shanghai’s affluent shopping and entertainment district of reconstituted traditional stone-gate houses on narrow alleys.

Its counterpart is our Intramuros, now ridden in parts with informal settlers. A few meters behind Manila Cathedral, youngsters have appropriated a lot for basketball, volleyball, skateboarding, rollerskating, a playground happily splashed with murals and graffiti.

Someone with political will better give these people proper relocation as they’re slowly overrunning the place, or they won’t stop until the walls collapse. (Some 3,500 families were reportedly displaced by the urban renewal of Xintiandi.)

It doesn’t stop with the informal settlers, however. To sell heritage, the Intramuros Administration allowed the construction of a nine-story hotel by the main entrance to the Walled City. This come-on for tourists is laudable, its architectural detailing tries to harmonize with the Hispanic look of the surroundings, but shouldn’t someone double-check if it’s the proper height?

Over at the Luneta, our national park, the sacred ground that is the Rizal Monument is virtually untouched—but for those incongruous murals and kitschy clock fronting it, across the boulevard. Again, it is the horror vacuui at work.

The tawdry look is in vogue along the whole length of Roxas Boulevard, and Quirino Avenue and MacArthur Bridge, and everywhere else in Manila, in fact. It is those rows upon rows of extravagantly lit lampposts that Mayor Lito Atienza started and Mayor Alfredo Lim seems to have loved as he continues installing them.

The willful defacing of Manila’s cultural landscape on a large scale started probably during the Marcos years. Among the first to go was Avenida Rizal when the Light Railway Transit infrastructure was constructed. The façade of the De La Salle University Main Building, that American-period architectural wonder considered one of the most beautiful in the country, has been pushed out of view by the monolithic LRT structure along Taft Avenue.

The same would certainly happen to the architectural treasure that is the University of Santo Tomas complex, declared a National Historical Landmark by the National Historical Institute, should the plan to construct a flyover on Lacson Avenue and an MRT line along España Boulevard push through.

In a paper presented at the Unesco workshop in Italy, “Protecting the Urban Morphology of Asian Cities” by Minja Yang, the extent of the problem of urban development as it affects cultural integrity is well-articulated: “Most Asian countries have national laws for the protection of historic monuments but very few have regulatory frameworks specific to the conservation of the historic urban fabric. Some countries of the region have included in their urban-planning regulations the concept of historic zones, but the planning instrument has mainly been limited to the restriction of the height of buildings.”

When you go abroad, you’d feel nanliliit when you see how those countries protect their heritage structures.  Singapore, for instance, preserves even what look like 15-year-old buildings ever so carefully.

In Shanghai, they assiduously practiced adaptive reuse and turned a historic district into a lifestyle center. In Seoul, they rerouted a network of streets so as not to touch an ancient temple in the middle of a rotunda. In Beijing, they would rather transform ancient courtyards into nightclubs and brothels than tear them down for a mall.

And here we are, so Pinoy, so Third World, who’d prefer to turn cultural heritage into cold cash and erase what little valuable architectural landscape that we have from the face of the earth.