One year shy of 50–but why not celebrate now? | Inquirer Lifestyle ❮ ❯ 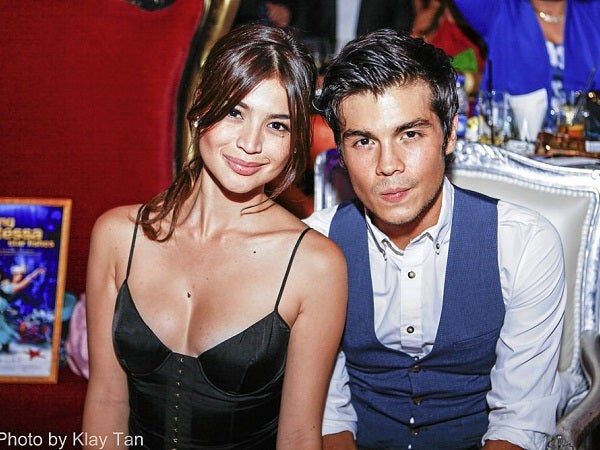 One year shy of 50–but why not celebrate now?

Embrace life with much passion and excitement, and it will squeeze you back with more thrill and fervor than you can possibly imagine.

I, for one, never pass up the chance to celebrate a milestone with much rejoicing and fanfare. My big 5-0 is still another year away, but I thought of celebrating a year early to ward off any negative energy the number nine might bring.

This is a Chinese tradition, I am told, but if it means a celebration, then I am all for it.

And so “Dancing with the Tessa Star Fishes” came to be at the Genting Club in Maxims Hotel, Resorts World Manila. The idea started when I talked to Colin Kerr and Myla Catibayan of RWM’s Entertainment group at the birthday party of TV producer Kitchie Benedicto. We decided to mount a dance showdown among my family and friends.

RWM generously hosted my party at their premier and exclusive Genting Club. They pulled out all the stops to make it a party to remember. Heidi Hocson, Genting Club senior manager, personally took care of all the details through many sleepless nights.

Colin and Myla rounded up spectacular entertainment acts and bundled them into the program, while I took charge of getting daring pairs to join the dance contest.

What started as an intimate party for a few guests soon escalated to a cast of hundreds! The different teams got so competitive and seriously took to heart their performances.

Awesome invitations by Adworks Graphics were sent out, and event stylist Pido Villanueva of Ambience by Pido made sure the Genting Club was transformed into a magical underworld. Guests in sea-colored outfits enjoyed delicious food, yummy cupcakes from Hearts & Bells, and Cupcakes by Sonja, washed down with free-flowing Scotch whisky from Johnnie Walker.

That evening, guests were also the first to taste the newest flavor of Magnum Ice Cream Bar: Magnum Cappuccino. The Magnum throne was the perfect photo op for friends to pose like royalty.

The party opened with the youth ballroom-dance champions of Bong Marquez. The performance of the graceful pair was a gift from ever-beautiful Lucy Torres-Gomez, who was one of the judges for the main dance contest.

My super witty hosts, JM Rodriguez and Bianca Valerio, introduced each of the dancing pairs and interviewed them after their winning performances. The contestants had to impress the panel of powerhouse judges—Lucy Gomez, Ben Chan, Miguel Pastor, Virgie Ramos, Anne Curtis, G Tongi, Girlie Rodis, Ruffa Gutierrez and Mond Gutierrez.

My Assumption HS ’81 classmates surprised me with a well-choreographed Madonna/Michael Jackson dance medley. Popsie Gamboa and Jojo Ongsiako convinced the girls to practice for several weeks at Ona Chung’s mother-in-law’s dance studio. Of course, Milky Way provided a nightly buffet for the batch.

My eldest son Bryan Prieto teamed with Naynay Velez and Joey Carpo in a daring salsa plus samba number. My hubby Dennis said it was disturbing when host Bianca noticed Bryan’s manly chest hair. No wonder they got so much applause!

The battle for the first place was tight, between the provocatively entertaining number of Phoem Baranda and Robby Carmona, and the flash mob scene of Tim Yap and Liz Uy. Inveterate performers Tim and Liz, backed up by a K-Pop troupe plus bouncers, pulled it off.

Swatch trophies with the latest Jeremy Scott Swatch watches were given to the winners, thanks to Virgie Ramos. Bench king Ben Chan gave Cotton On GCs to all the top winners.

Special thanks go to Goldilocks and Penk Ching for the amazing birthday cakes, and Sonja Ocampo for her always-delicious cupcakes. The sweets were all arranged into a delectable ocean garden. And lastly, to Bangs Zaldivar and Liezl Montemayor, thanks for making everything possible.

Of course, no celebration is complete without charity. My Smart Infinity family was also there to support the party, and together we were able to arrange a small donation to the Red Cross.

We also bought up one performance of Resort World’s upcoming show, “The King and I,” on Dec. 1, with proceeds going to the Assumption HS ’81 Foundation. So readers, please don’t be surprised if I call you to sell tickets soon. And if you can’t make my date, call Resorts World at 8366333 or visit www.rwmanila.com for tickets.

With all the generosity from RWM, here’s a quick plug for the upcoming David Benoit concert on Oct. 3 at the Newport Performing Arts Theater. This concert is the highlight of FrancisFest, the annual fundraising event of the Santuario de San Antonio Parish, Forbes Park, Makati.