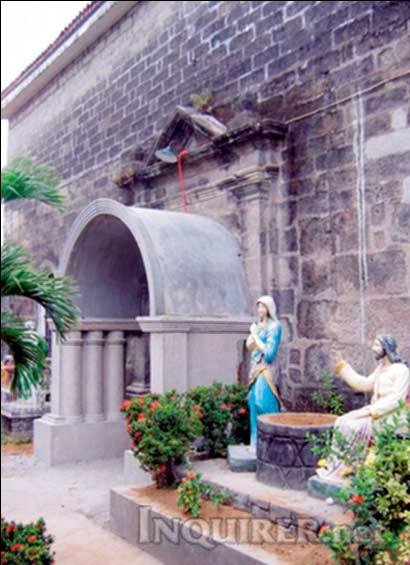 NEW canopies at back of church, nave side, facing the street. INQUIRER FILE PHOTO

CITY OF MALOLOS, Bulacan, Philippines—The historical and cultural treasures of the Malolos Congress are now on display in an interactive museum beside the historic Barasoain Church here where the Philippine revolutionary government was first convened 114 years ago.

The National Historical Commission (NHC) formally opened the upgraded Barasoain Historical Landmark and Museum on Saturday during the 114th commemoration of the Malolos Congress, the revolutionary body led by Pedro Paterno which convened at Barasoain Church in 1898, and which later drafted the Malolos Constitution on which the first Philippine Constitution was based.

The Barasoain Museum is the first of 22 museums throughout the country that the Aquino administration intends to upgrade into digitally-enhanced institutions in order to advance historical studies, said Dr. Maria Serena Diokno, NHC chair.

The upgraded museum boasts of interactive digital displays that allow students and other visitors to respond to a history quiz about the Philippine Revolution.

The museum, however, interacts only in Filipino.

“Foreign researchers and cultural tourists should learn to speak our language. In other countries, when we research historical documents, we must first learn their language,” Diokno said.

She said the academic community would find the Barasoain museum a rich source of historical data, including documents and artifacts explaining how the Malolos Congress was put together on Sept. 15, 1898.

Diokno said it was ironic that the Malolos Congress was convened simultaneously with the signing of the Treaty of Paris, the pact that ended the Spanish-American War and which ceded the Philippines to the United States from Spain for $20 million.

“[The wisdom] displayed by our forefathers in the Malolos Congress continues to guide us now in our battle against the cancer of society that is corruption. The 1986 Edsa Revolution was similar to the Malolos Congress [because it brought] freedom to the people,” said Budget Secretary Florencio Abad.

Abad said history provides the present generation with worthy and valuable lessons. “Hinuhubog tayo ng kaganapan sa nakaraan bagamat pinipili lamang natin ang doo’y mga mahahalagang nangyari… Nakakadismaya na ang kabataan natin ngayon ay nagtutungo sa ibang bansa at ang pinapatronize ay mga banyagang gawi at kultura (We are shaped by our past, although we choose only the historical legacies we believe are relevant… It is frustrating for me to see our youths emigrate and patronize the lifestyles and cultures of other nations),” he said.