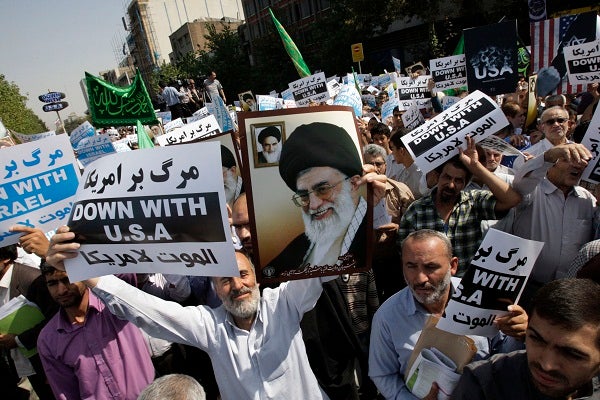 TEHRAN, Iran — Iran’s top leader is urging the West to show it respects Muslims by blocking a film that mocks the Prophet Muhammad and has touched off rage across the Islamic world.

State TV quotes Ayatollah Ali Khamenei as saying Western leaders must prove they are not “accomplices” in a “big crime.”

But such an appeal falls into the major cultural divides over the film. U.S. officials say they cannot limit free speech and Google Inc. refuses to do a blanket ban on the YouTube video clip. This leaves individual countries putting up their own blocks.

Khamenei noted Monday that some nations place restrictions on expression, such as banning Nazi-related sites.

Iranians have staged several demonstrations against the film, but none have been violent.