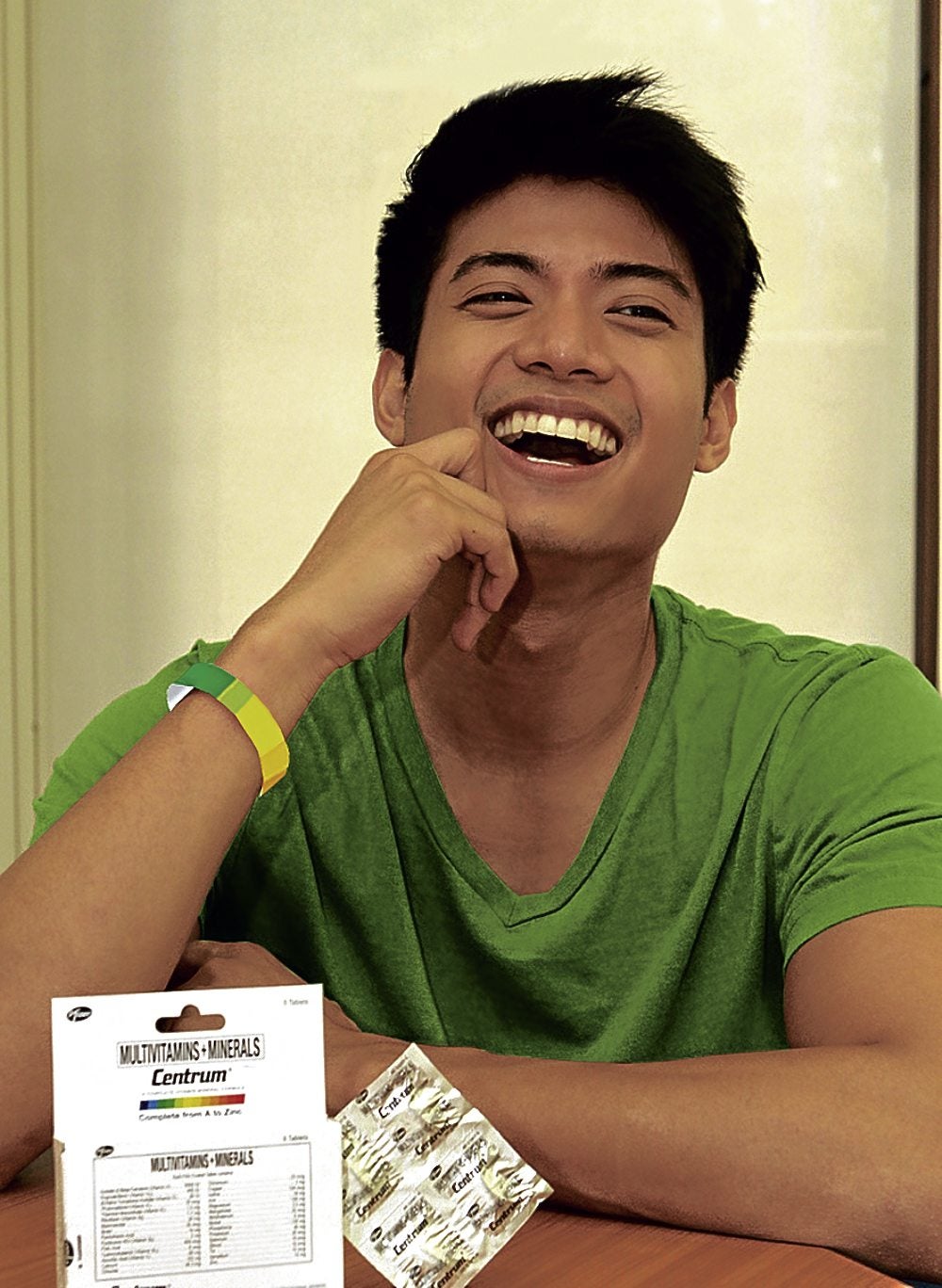 Model of a healthy lifestyle

If life leads you where you’re supposed to be, then it sure does so with a sense of humor. Well, at least it has been for this promising young model/actor.

Twenty-four-year-old Mikael Daez always dreamed of becoming a banker—suit, tie and all. He is, after all, naturally darn good in math.

“I wanted to get into banking because I like math, and math liked me back. It was a relationship,” he said, laughing.

Daez calls himself a math geek, and proudly so. His high school aptitude test result proves his above-average mathematical skills. Becoming a banker back then seemed almost inevitable. But life had other plans for the 6-ft-tall young man, and threw him into a world he once thought was one of the ickiest things anyone could ever be in—show business.

A true-blue Atenean (grade school to college—Business Management in 2010), Daez stumbled into the world of modeling.

It was after graduation and his friends were planning a summer graduation bash in Boracay. With no money to pay for the vacation expenses—he was cut off from receiving allowance after he graduated—Daez needed to raise money  fast.

“My friends said I should take the modeling job, that I’d get paid P5,000 if I did. That was two months’ worth of school allowance for me so I took it. If that hadn’t happened, I’d be working in a bank now,” he said.

Today, a year and three months after joining show biz, Daez is the new face of Centrum, a product once endorsed by sexy heartthrob Piolo Pascual. Those are big shoes to fill, but Daez is comfortable in it.

The second of eight children, Daez said he has always tried to be a good role model to his younger siblings. Son of the late businessman Leo Daez, and Monique Daez, both of whom he describes as extremely active, he eats healthy and has always led an active lifestyle.

In high school, he was a member of the Ateneo basketball team Eaglets. He studied taekwondo for two years, and once played soccer, tennis and badminton. He loves beach volleyball, and since he wants to improve on his flexibility he’s now doing yoga.

But with unpredictable show-biz schedule—tapings from evening to dawn, recording at noon, traveling for several hours on any given day—Daez said he makes sure to squeeze some gym workouts three to five times a week. Or, he works out at home.

“Sometimes I get home at dawn, exhausted from taping or recording. But knowing I need to log in some workout for the day, I put off sleep for a while and start exercising,” he said.

On days he’s able to give himself a proper workout, he lifts weights and does some running.

Daez wants to bulk up. Born skinny, he said it takes so much effort for him to put on weight—and even harder to build muscles. When he’s so busy working he can’t take a break for a quick bite, he said he takes natural supplements like organic whey protein and vitamins.

But when he does find time to eat, Daez sometimes finds it a chore.

“It’s so difficult sometimes my jaws hurt from eating, and I’m still not able to make a dent bulking up. Everybody thinks it’s so easy, easier than when you need to lose weight, but really it’s not. You tax your body too from doing a lot of digestion.”

Not that he doesn’t care about food. Daez loves food so much he even blogs about it. He’d search the metropolis, for instance, for the best xiao long bao (steamed pork dumpling) and steak. If the steak is really good, he even refuses to take out the fat. But only if it’s really good, he said, smiling.

He’s democratic, too. For his money, the best traditional leche flan can be had at the fancy The Peninsula Manila—and at the fast-food chain Chow King.

“I read health magazines and I eat relatively healthy. I got sick of junk food when I was younger, I don’t eat it now. I eat what I want but I make sure I exercise correspondingly.”

Now that he’s endorsing Centrum, Daez believes he is moving toward the right direction. He may not be acting forever, he said, but show business is where he sees his near future.

“People really do work hard here. The bad press takes precedence over what work is really put in, and people who work here don’t deserve the bad press,” he said.