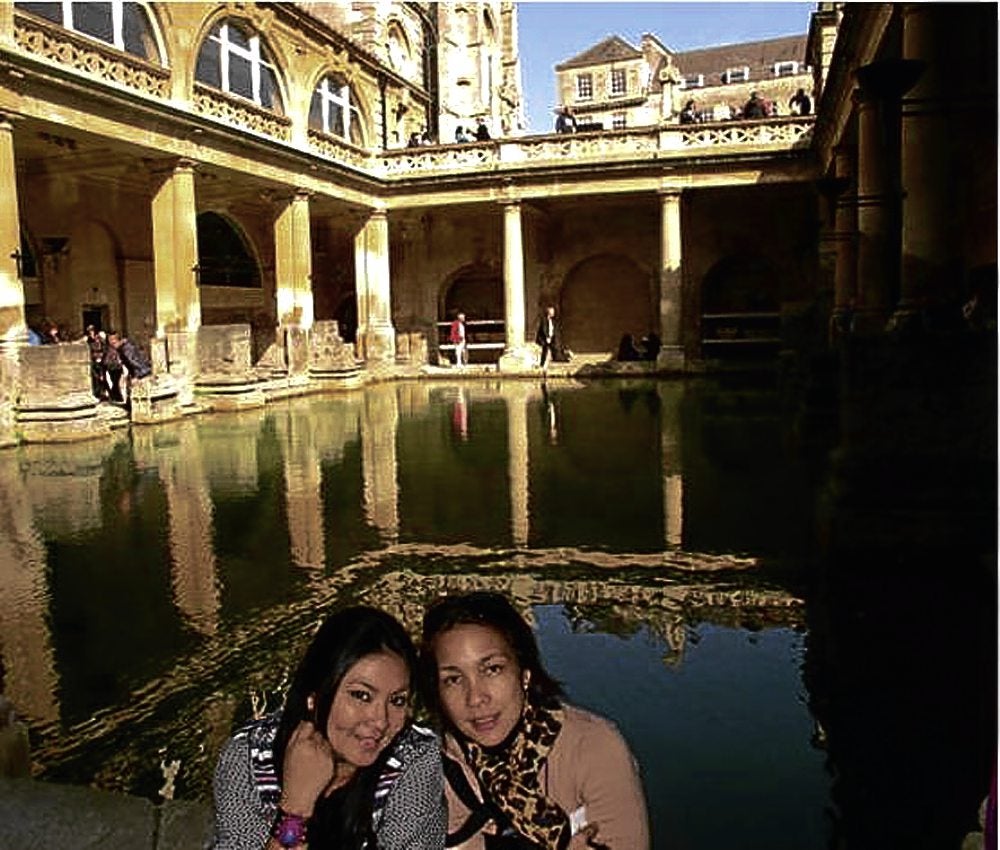 After the historic and spectacular London Olympics 2012, spaholics know that a side trip to the City of Bath is a rewarding experience, even just to marvel at the best-preserved spa from the ancient world—the Roman Bath in the City of Bath in Somerset, southwest of England.

From London, my friend and I decided to take a day tour to the famed Stonehenge and Windsor Castle before heading off to the quaint city of Bath, home to picturesque moors described in Emily Bronte’s novels, and of course, the grand Roman Bath.

The Roman Baths complex is a historic site. Although it is no longer in use by bathers, its rich past is well-preserved, and one can have a glimpse of what life must have been by simply looking closely at the magnificent Roman architecture and walking the stone pavements where the ancient Romans walked.

There are four main features in the complex: the Sacred Spring, the Roman Temple, the Roman Bath House and the Museum. Visitors have a grand view of the terrace lined with statues of Roman governors of Britain, Roman emperors and military leaders.

The Sacred Spring was believed to be the work of the ancient gods. Dedicated to the goddess Sulis Minerva, the deity with healing powers, the Sacred Spring supplied the Bath House with mineral-rich water, which attracted visitors from across the Roman Empire.

Like other Roman structures, the Roman Baths had its own temple, where worshippers gathered to pray to the goddess Minerva, and sacrifices were made at the great altar.

The tour’s highlight was definitely the breathtaking sight of the Roman Bath House or the Great Bath. This magnificent centerpiece of the Baths has  a pool lined with 45 sheets of lead and filled with steaming spa water. It is 1.6 meters deep, making it ideal for bathing. There are also niches surrounding the pool, which may have been used as benches for bathers.

Adjacent to the Great Bath is a series of smaller pools, heated rooms and changing rooms which were used for more than 400 years.

Although we didn’t get to wear our swimsuits for this trip, or to get our feet wet, the experience of walking through the majestic Roman Baths was more than enough to fill our senses.

The ingenuity of the ancient Romans, with their belief in the healing power of thermal baths, has inspired spa owners and operators from around the world to give this ancient ritual an exciting and truly relaxing twist for today’s spaholics.

For suggestions and comments, e-mail the author at [email protected]