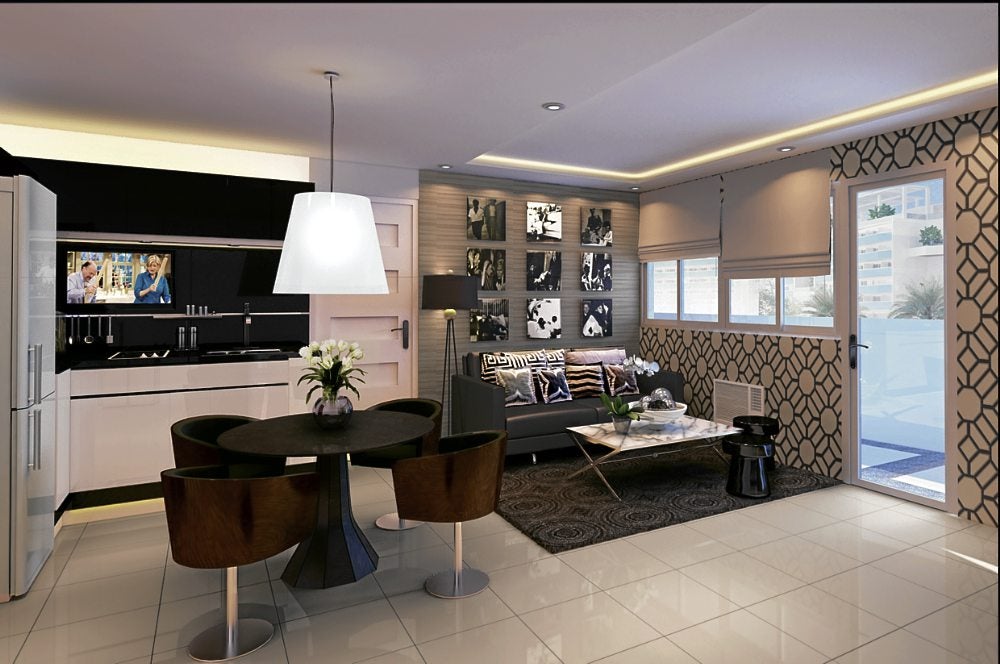 Century Properties is setting a new standard for condominiums in Quezon City, with bigger cuts, extended balconies and amenities aimed at enhancing the quality of life—at affordable prices.

“When I scouted the market, people were building tiny apartments. That’s all they could afford,” says Marco Antonio, Century Properties co-chief operating officer. “In many developments, space is a luxury. You’re paying for the convenience.”

On Century’s new project, he quotes his father, chair Jose Antonio, as saying, “Let’s make it livable and lovable.”

Commonwealth by Century is an eight-tower, mid-rise development on a 4.4-hectare property along Commonwealth Avenue, Quezon City. The firm’s proposition is that the buyer is getting value for money because the project offers more than what the competition provides.

“When it’s turned over, I wouldn’t mind raising a family and growing into that space,” says Antonio.

“The units are larger compared to the ‘smaller units’ in the market.” The cuts are livable —21 sq m for a suite, 40-50 sq m for a one-bedroom unit, and 64-72  sq m for two bedrooms. The prices range from P1.6-P3 million and over P5 million for the two-bedroom units. Buyers also have the option to combine units if they prefer more space.

Century pioneered in extended balconies for its units. “In many project, there are token balconies where you go out for a cigarette or a quick drink or to open the window and air what you cook. A balcony in a typical unit would be not more than 10 percent of the total area. Our balconies are as big as 30-35 percent of unit. You can use it from day to evening. You can have a picnic table and a private hammock. A  working couple can read, and their kids don’t have to be stuck in their rooms playing Nintendo.”

Commonwealth is Century Properties strategy in diversifying its market and price range. In the past 26 years, the company has been associated with thematic, luxury condominium projects.

“This is our most affordable to date,” says Antonio. For a 21-sq m suite, the reservation fee is P15,000 and the monthly amortization is P6,000  for two-and-a-half years, and the balance is loaned from the bank.

On its move to Quezon City, Antonio says it’s the second largest city in the market with the second highest purchasing power. “Studies show there is more land to develop given the demand from the population. There’s quality land, and people in Quezon City prefer to stay there because of their roots.”

He adds that Commonwealth will just be 500 m from Station 5 of the upcoming MRT 7, thus making the place more accessible. The station will be near the Ever-Gotesco Mall and McDonald’s.

“By expanding the MRT line, it adds 22 km of new railway. You will see the trend in the Philippines as the infrastructures are built. Communities will blossom with new roads or people mover systems.”

Unlike other developments, Commonwealth provides amenities to encourage creative pursuits and nurture family time. “In most developments, you get a swimming pool, club house and a gym. We wanted to build the uncommon.  Instead of computers, we decided to get back to basics. How do we cultivate people’s interest in the arts, explore these avenues and be the best they can be?’”

The Clubhouse and spaces around it will have facilities for infants and toddlers. “A study shows younger kids don’t want to be with the older kids. They need their own space.”

There’s a kindergarten for the older children, School of Rock to entice dwellers to take up music, a studio for voice lessons, dance and yoga, an arts-and-crafts room, and an advance learning center for languages and a culinary studio.

“We want this to be the cool, aspirational lifestyle. It is meant to inspire people to learn. You don’t know what your kids are capable of,” says Antonio.

Commonwealth will have two sunken basketball courts with rafters and two tennis courts. There are three swimming pools for wading and water sports, and for children, and a water fountains for kids to frolic in.

Aside from the gym, some garden areas will have facilities for boot camp and other outdoor fitness activities. To create the feeling of being away from the bustle of the city, the area has viewing corridors and waterfalls and rapids.

The real-estate scion dispels the notion about the glut of condominium developments. “It’s the law of supply and demand. People just comment on what they  see—the cranes coming up and the ads in the paper. They don’t see  the demand. We have selling operations in 50 countries. We feel the pulse of the market.”

The condos are selling fast, says Antonio. Century’s projects have been attracting foreign investors particularly in luxury developments such as Milano, Acqua and Trump.  Two buildings in Commonwealth have been sold out a month after the launch, and now they’re selling the third building.

The market potential is still big. Antonio points out that the home ownership is lower in the Philippines (60 percent) than  its Asian neighbors. Century Properties is addressing the demand by diversifying affordable communities throughout the Philippines.

He cites another trend: The first-time home buyer market in the Philippines is growing.

“Developers are stretching the downpayment and banks are giving people long-term financing for as long as 20 years to help buyers afford their home,” he says.

“The good thing about  the Philippine real-estate sector is that we  don’t build what is not sold. There is no speculative development. Before a bank loans you the money, you have to equitize at least 20 percent. If it’s P1 million, you put up P200,000 and the bank will lend P800,000 with 10-20 years to pay. The bank is secure.”