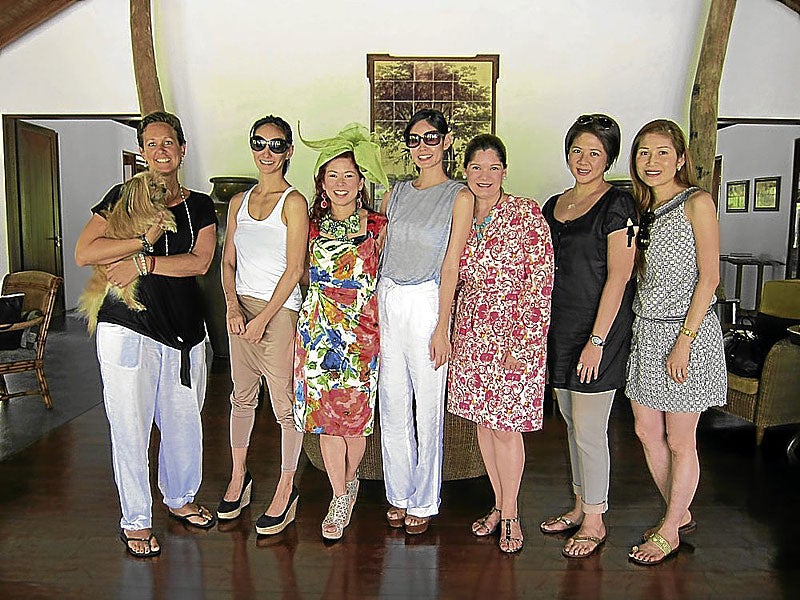 They called me ‘Asia’s Lady Gaga!’ 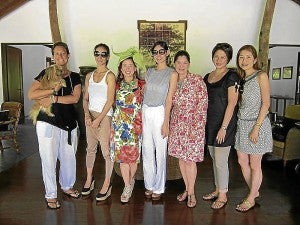 Connectivity is the key to harmony. That’s my attitude as far as my kids are concerned. As long as we can text and call one another, we’re good.

These days, though, it seems we need to connect via Twitter and all sorts of other media as well. The cyber highways make life so confusing at times. Thank God for innovative devices like the new Samsung Galaxy S II.

The new Android-powered smartphone is the fastest, sleekest and coolest unit to hit Manila. It’s also the first 4G phone with a 1.2-GHz dual-core processor in its guts. With its vivid and brilliant Super AMOLED Plus screen, the Galaxy S II enables users to call, text, e-mail and surf.

Samsung director Glenn Glinoga showed off the new phone at its unveiling at A-Venue Events Hall in Makati. Adding to the pizzazz were the Air Dancers and the award-winning dance troupe, Philippine All Stars.

The Samsung Galaxy S Wifi 5.0 and Galaxy Tab 10.1 and 8.9 were also showcased in a state-of-the-art video presentation at the event. Samsung’s range of thin and light tablets combine outstanding mobility and rapid download speeds. 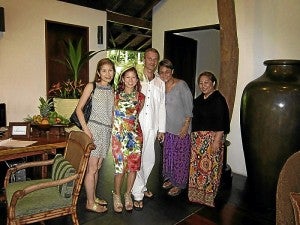 Minutes after the morning media event, tweets about the new products and spectacular show were already hitting the blogosphere, shared by the guests to all their followers. By evening, the city’s tech cognoscenti were already buying out the new Samsung products off store shelves.

The Samsung team, led by CEO Kyung Chull Park and executives Mike Cheon, Benjie Jimenez, Chiqui Torres Tan, Coco Domingo and Odette Velarde, all joined Glenn in digitally picking the lucky winners in a raffle of several Samsung units. Stylish Sheila Romero, who was sitting in our table, was so lucky as she won a Samsung Tab. Gosh, I was just one digit off from taking home a raffle prize!

I’ve become enamored with Twitter lately. One of my followers tweeted me and told me that my interview at the launch of E! Entertainment Television already came out. I was introduced as “Asia’s Lady Gaga” by E! News Asia host Dominic Lau, who flew in from Singapore for the event.

Some of our country’s brightest stars gathered to celebrate the launch of the channel, which is exclusively dedicated to entertainment and celebrities in Hollywood. Insider views and celebrity scoops keep the news hot and exciting. 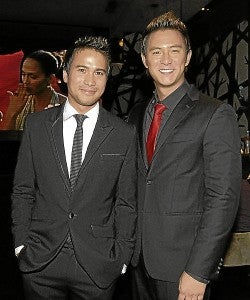 Hot local stars such as Sam Milby, Georgina Wilson, Solenn Heussaff and Raymond Gutierrez all looked smashing that evening. Universal Networks International’s Christine Fellowes was impressed with the happening scene in the country, and told me she is looking forward to the stars’ presence on the new network.

Initially available to SkyCable Gold and Silver digital subscribers on channel 57, E!’s highly popular programs and episodes can now be enjoyed by Pinoy audiences simultaneously with US viewers. The Philippine launch of E! Entertainment Television was made possible with the support of Belvedere Vodka, The Peninsula Manila, Moet & Chandon, Bench, Gelatissimo and MAC Cosmetics.

My co-host Paolo Bediones and I showed TV5 executives the wonderful bus, which we will use to travel to our house makeover projects around the country. I was so happy to tour MVP around the bus, while he was so happy to talk to me about the sold-out NBA basketball games that are on today at the Smart-Araneta Dome.

No Piolo this year 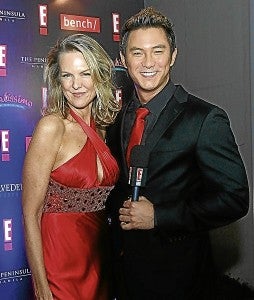 Extreme Makeover’s taping scheds are wreaking havoc on my run training for the Ironman 70.3 race in Camsur next month. While my hubby Dennis has been swimming regularly and my brother-in-law Robin has been biking steadily, I have hardly any running training these days. Thank goodness our Timex Team Valdes is not really gunning for any podium positions.

Thank goodness, too, that Timex has again sponsored Team Valdes! Fellow Timex runner Piolo Pascual has been terribly busy, too, and will not be joining any relay team this year. ABS-CBN’s hottest hunk star, Piolo told me he has had no time to train so he won’t be able to join.

Piolo shared all his training woes at the recent launch of the new Clear Men shampoo at the ultra-trendy Midas Hotel. His hair is strong, healthy and dandruff-free thanks to the shampoo with Total 3 Scalp Defense. We were told that Clear Men contains a groundbreaking and highly effective mix of vitamins and nutrients that prevents hair loss, too.

Too bad shampooing can’t substitute for training. Piolo and his steady girlfriend KC Concepcion were so sweet at Opus, joined by the rest of the stars of the “Temptation Island” movie.

Tweeting can be so relaxing. Keeping connected with others is important, especially while getting in tune with oneself. I found this out when I took a midweek break at The Farm in San Benito. 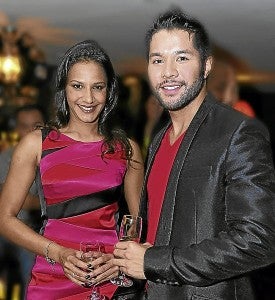 Smart Infinity invited its exclusive subscribers to experience some of the perks of the Infinity Privilege Card. As a tie-up with The Farm, we were treated to a healthy delicious lunch, The Farm’s signature Body Massage and loot bags with special spa products.

Thanks to the new super highway, travel to The Farm is just an hour and a half. I had a pleasant ride with my visiting friend, Emily Siy-Wong. Before lunch at Alive Restaurant, we toured the lush grounds and beautiful villas.

The Farm manager Jennifer Hazen gave an informative talk about wellness and living with nature’s goodness. Together with Smart Infinity’s Julie Carceller, we all enjoyed the spa while tweeting away and keeping connected with the world.

Let me end with a 140-character tweet: Please support the charity garage sale for the benefit of the tsunami victims in Japan today at the Rockwell Tent. See you there!