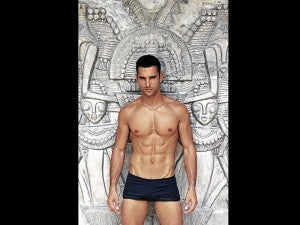 I have been the editor in chief and concurrent creative editor of the Philippine Tatler for 10 years. I have worked with countless photographers; and if you ask them, they will tell you how hands-on and “OC” I can get. I do not know why I never took up photography; it would have been a perfect partner to what I do. So when an opportunity came up, I bit the bullet.

The Tatler team went to Shang Boracay to do a series of shoots and during a down time, I borrowed a camera and took photos of the handsome Spanish model, Abdel “Abs” Abdelkader. I was so enthusiastic about the results that I submitted them to a popular fashion website called ooh la la mag for a possible feature. I figured that the worst they could say was “no” and that would make me work harder.

But I was pleasantly surprised when they did publish the photos, telling me that they liked them. They are still actually up on the site under the “spotlight” section till now.

Of course, it pays to have a model like Abdel, since he has a face and body that’s totally unbelievable!

I also sent the photographs to my friend, international photographer Nigel Barker, and he said that he liked them and that Abdel reminded him of himself when he was young. He also jokingly added that he should watch his back. I am sure he was just being nice.

So what’s up for me and this newfound passion. Well, at the moment I am still looking for the right camera and have still so much to learn. But at this point in my life and career, its so nice to find a new passion. 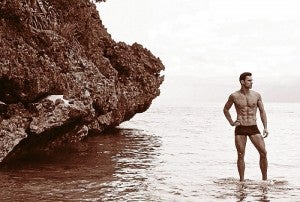 It’s my second visit Spain and this time around, it was even better. Contrary to news reports, Madrid didn’t look like it’s in a recession. I asked a Spanish friend why this is so. He said it’s because Madrileños like to be happy, that’s why they stay out on the street at night, hopping from bar to bar and having a genuine zest for life. The Filipinos probably got it from them: In times of crisis, the best cure is to party.

One of the highlights of my trip was watching Ricky Martin in a concert with my friend, the photographer Frank Hoefsmit. I have a confession to make, I am a Ricky Martin fan. When he performed in Hong Kong about 10 years ago, I joined the Ricky Martin Fans Club just to secure front-row seats. Now, the prerequisite for membership was to attend their meetings—which I did, once. If I remember correctly, I was the lone male in a sea of girls!

But that HK concert was so much fun, I was there with a team of pseudo Ricky Martin fan club members, Fred and Ina Ayala, Anton R. Mendoza, Claudia Bermudez and the late Ed Roxas.

Handsome and sexy, Ricky pulled out all the stops with choreographed dances in this Madrid concert. Although most of the songs were in Spanish (he was promoting his album, “Mas”), he was still a sight to behold. Since he has come out as a gay, he has been pushing the envelope especially with his performances. In this concert, he danced with suggestive moves with male dancers, making the women scream, “Ricky don’t; I’m here.”

Ricky’s concert was filled to the rafters, with about 10,000 fans. It’s an experience watching the concert with Madrileños; their passion and energy are as thrilling as the concert. Oh, and I was able to get a souvenir: A shirt. After all these years and despite his cheesiness at times, I am still a Ricky Martin fan. 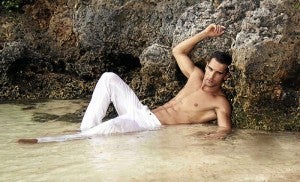 Congratulations to Discovery Shores Boracay for being named by Travel + Leisure magazine as the top hotel spa in Asia in its annual Best Awards 2011 Readers’ Survey.

Discovery Shores brings honor to the country as it is the only hotel to be nominated and to win in the coveted category.

“To all those who continue to believe and support the Discovery Shores Team that strives to deliver their service mantra “Service That’s All Heart,” “Madamu gid nga salamat!”

Please visit their website www.travelandleisure.com. The winners in the magazine listing will be honored this month in a ceremony in Los Angeles, California.