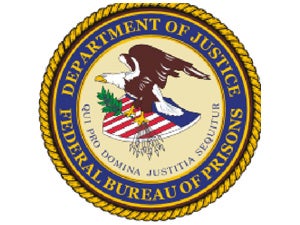 LITTLEROCK, Washington— Taylor Davis has dedicated himself to saving endangered Oregon spotted frogs. He spends hours each day tending to eggs or doting on tadpoles, feeding, nurturing and meticulously recording their development.

He’s in no hurry.

“We have nothing but time here,” said the 28-year-old Davis.

He added, “It’s perfect for a prison setting.”

Washington state inmates such as Davis have been working as ecological research assistants, partnered in recent years with scientists doing conservation projects. Their efforts include breeding threatened butterflies and growing native flowers and prairie grasses.

The programs are part of a push by the state Department of Corrections that has gained momentum recently, with one project earning an expansion grant from a federal agency this year and prison officials from across the country visiting Washington state penitentiaries in recent weeks to inspect the various projects.

At Cedar Creek Corrections Center, a medium-security prison in western Washington, Davis and another inmate, Mathew Henson, have been nurturing a batch of small black-spotted frogs that will be ready for release into the wild Monday.

It’s an ironic twist. Davis is serving 10 years for stealing cars. And Henson is doing more than five years for robbery and assault.

But both have been granted a high level of confidence.

“It’s quite a leap of faith to let someone handle endangered frog eggs,” said Dan Pacholke, prisons director for the state Department of Corrections.

Prison officials say it’s a logical pairing. They consider inmates ideal candidates for conservation projects since they can work in a controlled environment and have a lot of time to dedicate. The research also allows inmates to contribute a broader social good, officials say.

“It makes sense that we engage in activity that make prisons safe to run, reduce negative inmate behavior and contribute to the community,” Pacholke said.

Pacholke co-directs the Sustainability in Prisons Project, a partnership with The Evergreen State College that involves regional zoos, nonprofit groups, the state Department of Fish and Wildlife and other state and federal agencies.

“We have inmates at the table who are making substantive contributions to the science,” said Carri LeRoy, a faculty member at Evergreen who co-directs the project.

Their efforts have gained the attention of the National Science Foundation, an independent federal agency, which gave the sustainability project money to explore spreading their work to prisons across the U.S.

Corrections officials from states as far-flung as Maryland, Ohio and Utah visited prisons across Washington state this month to see some of the programs in action.

In one project, at the Mission Creek Corrections Center for Women in Belfair, inmates last year began helping state biologists, the Oregon Zoo and others breed an orange and black flecked butterfly known as the Taylor’s checkerspot.

The offenders had success in their first season, as more than 700 Taylor’s checkerspots were released onto south Puget Sound prairies this year. The inmates also raised more than 3,600 caterpillars for release next year, about 50 percent more than expected.

A Department of Defense grant paid for a new greenhouse at the prison, because the military wants to boost the declining population of the rare butterflies.

The Taylor’s checkerspot is a candidate for protection under the federal Endangered Species Act, and one of its prime habitats is near an artillery range at Joint Base Lewis-McChord. If the butterfly becomes federally protected, the military could be forced to change how it operates to protect the insect’s habitat, project officials said.

Inspired by the frog program and other operations, a Washington State University professor this year began working with inmates at the Washington State Penitentiary prison in Walla Walla to raise and tag Monarch butterflies to track their migratory path.

The inmates were able to raise about 500 butterflies from a batch of about 600 to 700 eggs in their first attempt.

David James, associate professor of entomology at WSU, said, “If we reared them, we’d be lucky to have half (that survival rate).”

James explained that prisoners are uniquely equipped to do the work.

“Often when you’re rearing butterflies you need to spend a lot of time with them. You can’t just go away for the weekend or leave the lab overnight,” he said, adding “there’s no doubt that this type of program can be beneficial to them, as well as conservation and scientific research.”

At Cedar Creek, south of Olympia, Davis and Henson spend time at “Frogga Walla” noting frog deformities or deaths. They feed them crickets — many of which they raise in a shed outside the barbed fences of the prison.

The inmates earn about 42 cents-an-hour, less than other prison jobs such as making furniture, but Henson said the sacrifice is worth it.

“The research helps a very big cause,” said Henson, 25, after explaining that the frogs face decline because of habitat loss and predators such as bullfrogs. “Being on the forefront of this research is payment enough.”

Adds Davis: “It’s a good job. It’s something different in a prison setting.”