Are these really the greatest movies ever made? | Inquirer Lifestyle ❮ ❯ 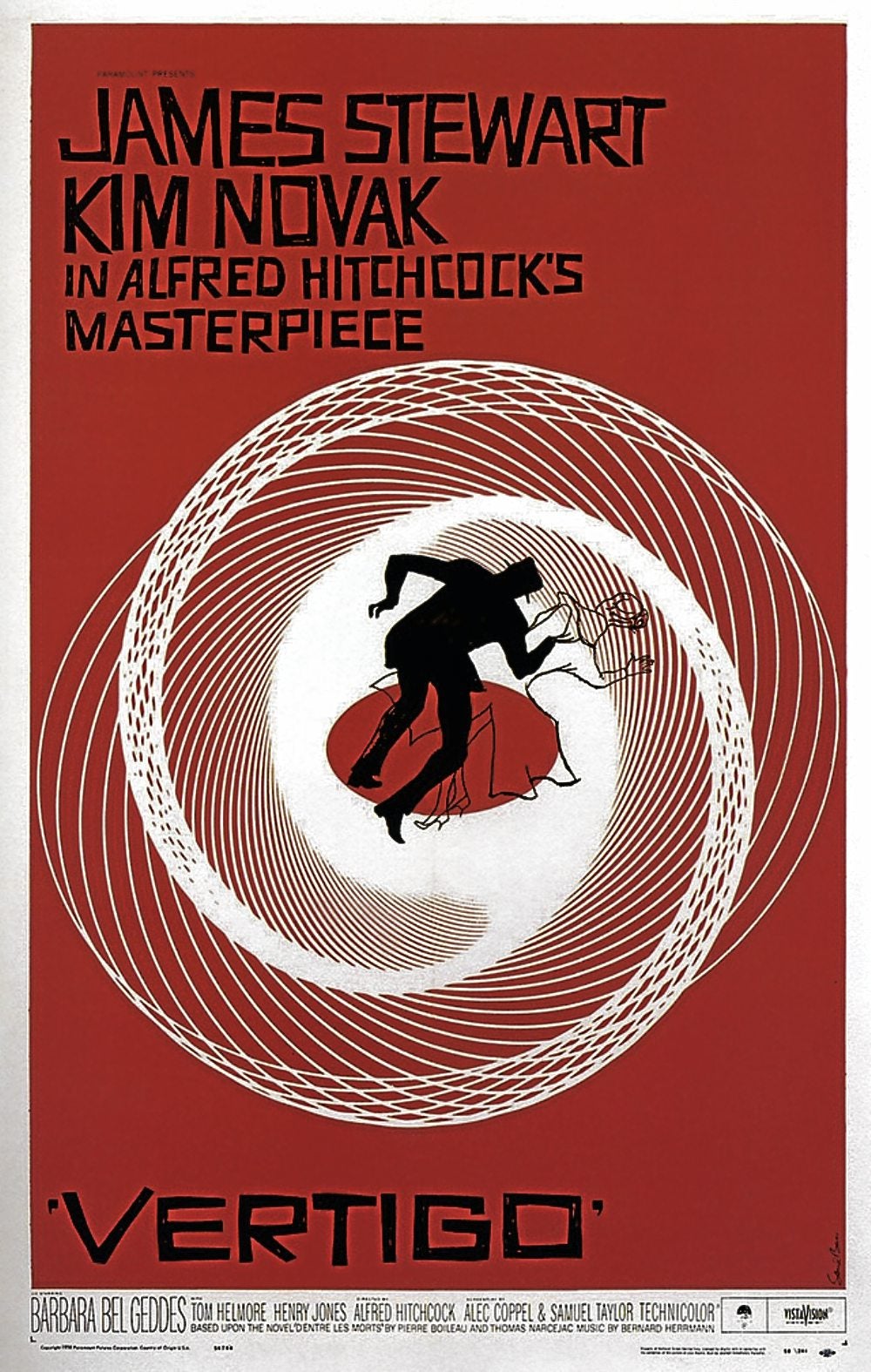 Are these really the greatest movies ever made? 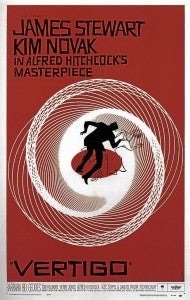 So, after 50 years, Orson Welles’ “Citizen Kane” has been toppled from its pedestal by Alfred Hitchcock’s “Vertigo” as The Greatest Film of All Time.

Ingmar Bergman was among the first, and probably the sharpest, to voice dissent when he spoke of Welles and his film: “For me he’s just a hoax. It’s empty. It’s not interesting. It’s dead. ‘Citizen Kane’ is all the critics’ darling, always at the top of every poll taken, but I think it’s a total bore. Above all, the performances are worthless. The amount of respect that movie’s got is absolutely unbelievable.”

We don’t know whether Welles responded to that, considering his monstrous sense of self-importance. It’s wiser if he didn’t, and just let others defend his film, as it’s more becoming of a master than haggling like fishwives in the market.

But then Bergman was also quite straightforward with Michelangelo Antonioni when he spoke of him as “expiring, suffocated by his own tediousness.”

Most cutting of all, this on Jean-Luc Godard: “I’ve never gotten anything out of his movies. They have felt constructed, faux intellectual, and completely dead. Cinematographically uninteresting and infinitely boring. He’s made his films for the critics.”

Yes, Bergman’s standard is that high. But he is only one voice.

In the decadal listing of best films by the British Film Institute, started in 1952, the latest poll enlisted 840 critics, programmers, academics and distributors worldwide. It culled 250 finalists from thousands of titles, short-listed them, and the result released last month. The Top 100 was published in this month’s issue of the BFI magazine Sight & Sound.

So here goes—the Top 10 Greatest Films of All Time: 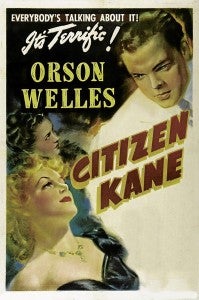 And none by Luis Buñuel, Werner Herzog, Andrzej Wajda and Bernardo Bertolucci—can you believe that? When Wong Kar-Wai’s “In the Mood for Love” is No. 24?

The BFI poll participants used to be only film critics plus the occasional film historians and scholars. Apparently they have since democratized the proceeding. What have movie distributors got to do with film aesthetics?

We don’t think, for instance, that Chris Marker’s “La Jetée” (No. 50), or Stanley Donen’s “Singin’ in the Rain” (No. 20), or David Lynch’s “Mulholand Dr.” (No. 28) is any greater than Eisenstein’s “Ivan the Terrible,” Roberto Rossellini’s “Paisan,” Antonioni’s “L’Eclisse,” Bergman’s “Cries and Whispers,” Ray’s “Aparajito” and Bresson’s “Diary of a Country Priest,” which are not on the Top 50.

Where then is Carol Reed’s “The Third Man,” which BFI itself considers the greatest British film ever made? (It’s at No. 73. Only a few British films have landed on the Top 100, in fact.) 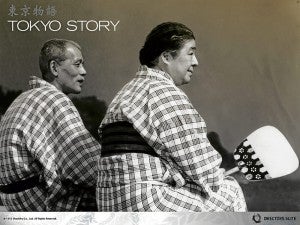 It seems the poll has been overrun by mainstream movie reviewers, film buffs and movie fans, so that the result as to the quality of films chosen suffer and the ranking becomes doubtful. It is now like the Oscars, which leaves a lot to be desired.

It’s a rather tricky process. Films that used to be on the Top 10 are now on the lower tens. So much of this mutable ranking depends on the taste of each generation and the temper of the times.

After the international success of Michel Hazanavicius’ “The Artist,” there are now three entries from silent cinema among the top ranks. But, aside from its being an exemplar of pure cinema and a textbook of film techniques, should Vertov’s city symphony be on the Top 10 at all? At the expense of “Battleship Potemkin”?

In the 1962 poll, Antonioni’s “L’Avventura” (1960), then radical for inventing a new film language in the wake of the Italian Neorealists and the French New Wave, came No. 2. Now that that film vocabulary has become cliché from overuse, it’s No. 21.

The same happened to “Persona” (1966), which used to be on the Top 10 at around the time Bergman redefined the language of cinema.

Kenji Mizoguchi’s “Ugetsu Monogatari,” at one time described by a film scholar as “perhaps the most perfect film ever made,” is only No. 50.

They didn’t consider Leni Riefenstahl? For political reason? Which is also quite possibly why D.W. Griffith’s “The Birth of a Nation” does not appear on the list.

If you’d really push the issue you’d find that there’s none by a black or a woman in the ranking. But that’s not the issue. That’s not what film aesthetics is about. Political correctness has never been a requirement for great art.

Consistent on the Top 10 were “Citizen Kane,” “Tokyo Story,” “La Règle du Jeu,” “The Passion of Joan of Arc” and “Battleship Potemkin” (now out).

So why the fall of “Citizen Kane”? We suspect it is because its story has somewhat dated and what largely remains is the brilliance of Welles’ formal innovations. 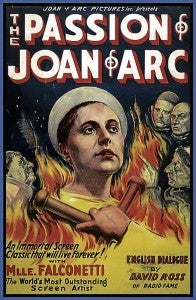 Then, the film’s formal beauty and masterful storytelling aside, today’s moviegoers hanker for edgier stuff—and none can be more dangerous than the dark Catholicism of Hitchcock, that sense of existential dread, kinky sexuality, the burden of guilt, not to mention the Freudian slips and Jungian motifs.

Critic Miguel Marías explicates: “Subjects that preoccupied and intrigued Freud and his followers—such as sexuality and repression, dreams and the Oedipus complex, fear and the lapsus, lies and masks, sublimation and mythology, jokes, the subconscious and feelings of guilt, the delusion of grandeur and the persecution complex, paternal or authoritarian figures and possessive mothers, the family structure and hereditary features, child fixations and hysteria, hypnotism and schizophrenia, the uncanny—seem like a repertoire of themes that recur in Hitchcock’s filmography.

“Catholicism provided him with certain variations (or aggravating circumstances) on some of these themes: the notion of sin; the fear of knowledge and of woman as dangerous temptress; the expulsion from Paradise and the shame of the body; the mythologizing of virginity and maternity; plagues and the Way of the Cross; mourning and the cult of the dead; faith in the afterlife and in the resurrection of the flesh; the Ten Commandments and the Seven Deadly Sins as opportunities for transgression and guilt; miracle healing; eternal punishment; the consecration of ‘the wrong man’ in the figure of Christ; confession and its inviolable confidentiality; the Inquisition and torture; the Devil as seductive and astute being, proudly defiant of the divine supremacy; the conflict between predestination and freedom; the Apocalypse and the Last Judgment…”

The kind of film that most fascinates us is the polarizing one. It is that film that gets equal amount of booing and cheering from the audience. It’s even more intriguing when the audience starts to scratch its head.

Such are the films of Bergman, considered the quintessential art-cinema filmmaker of the 20th century; and Antonioni, the prophet of high modernism in cinema, master of pictorial beauty and existential broodings.

Such films, of course, are not for every taste. When a film is too popular, or well-loved by mass viewers, we tend to become skeptical, or start to be suspicious, as with Michael Curtiz’s “Casablanca.”

John Waters’ “Pink Flamingos,” that beloved piece of trash cinema which proudly bills itself as “An Exercise in Bad Taste,” has been described by another respected critic as “the nearest American movie to Buñuel’s ‘Un Chien Andalou.’” At its 1972 premiere, moviegoers were raving, such as: “It’s absolutely better than ‘Cries and Whispers.’” And this strange comment: “I love religious movies!”

What may be garbage to some could be soul food to others.

Many supposedly custodians of our film culture possess a fan mentality, which has greatly affected their critical faculty.

No one can dispute, for instance, that Nora Aunor is an outstanding actress, but fans look up to her with what comes close to religious ecstasy, or she’s regarded like a historical figure. It comes to a point that every movie of hers these people find adorable even when one can plainly see she’s sometimes just coasting along through her scenes, and she’s done some abhorrent movies, too.

Cahiers du Cinéma critics praised to the stratosphere those American gangster movies and B movies by people like Samuel Fuller, Jacques Tourneur and Mark Robson, no matter how lackluster, while despising everything by those who did not belong to their auteurist canon such as Marcel Carné and Claude Autant-Lara, no matter how excellent.

In his introduction to André Bazin’s “The Cinema of Cruelty,” François Truffaut keenly observes: “Critics, especially when they are young and fanatical, cannot resist playing the worn-out game of pitting filmmakers against each other.” He, of course, knows whereof he speaks, as this was exactly what he and his colleagues were doing when they were still Cahiers du Cinéma critics, before they became the Nouvelle Vague filmmakers.

Says critic David Bordwell: “We can talk tastes forever. Maybe you think Bergman is great, or the greatest, or obscenely overrated. I think that there’s something more general and intriguing going on beyond our tastes.”

Yes, there truly are filmmakers who most deserve our astonishment and admiration. The following is our list of the Top 25 Filmmakers of World Cinema.

But then such listing is quite subjective. So let’s modify that to the Top 25 Filmmakers Who Most Impress Us:

The five that we find the most addictive are Hitchcock and Ford, then Keaton, Douglas Sirk and Hayao Miyazaki. That is, as soon as you watch a film of one, you can hardly wait to see the rest of his oeuvre.

This is very telling, as their works represent the thriller, the western, comedy, melodrama and cartoon—precisely the genres dominant in cinema, the kinds that pump adrenaline and keep the blood pressure soaring. That’s what getting high or hooked on movies mean.

Under duress, we would expand the above list to the following:

We’re aware this is highly personal. To one Sight & Sound critic, such listing is vulgar and ridiculous, if not entirely stupid. The result is often debatable, whether done by an individual or a cabal. We doubt if the filmmakers themselves would warm up to the idea.

Remember that time a few years ago when Oprah Winfrey endorsed a critically acclaimed novel as the Book of the Month, and the author disavowed the honor? What may be endorsement to some could be a kiss of death to others.

But smart alecks like us do it, anyway. The 50 Runners-up (not ranked), whose oeuvres should also be essential viewing for cinephiles, would be: