Norberto Carating: His life as seen through his art | Lifestyle.INQ ❮ ❯ 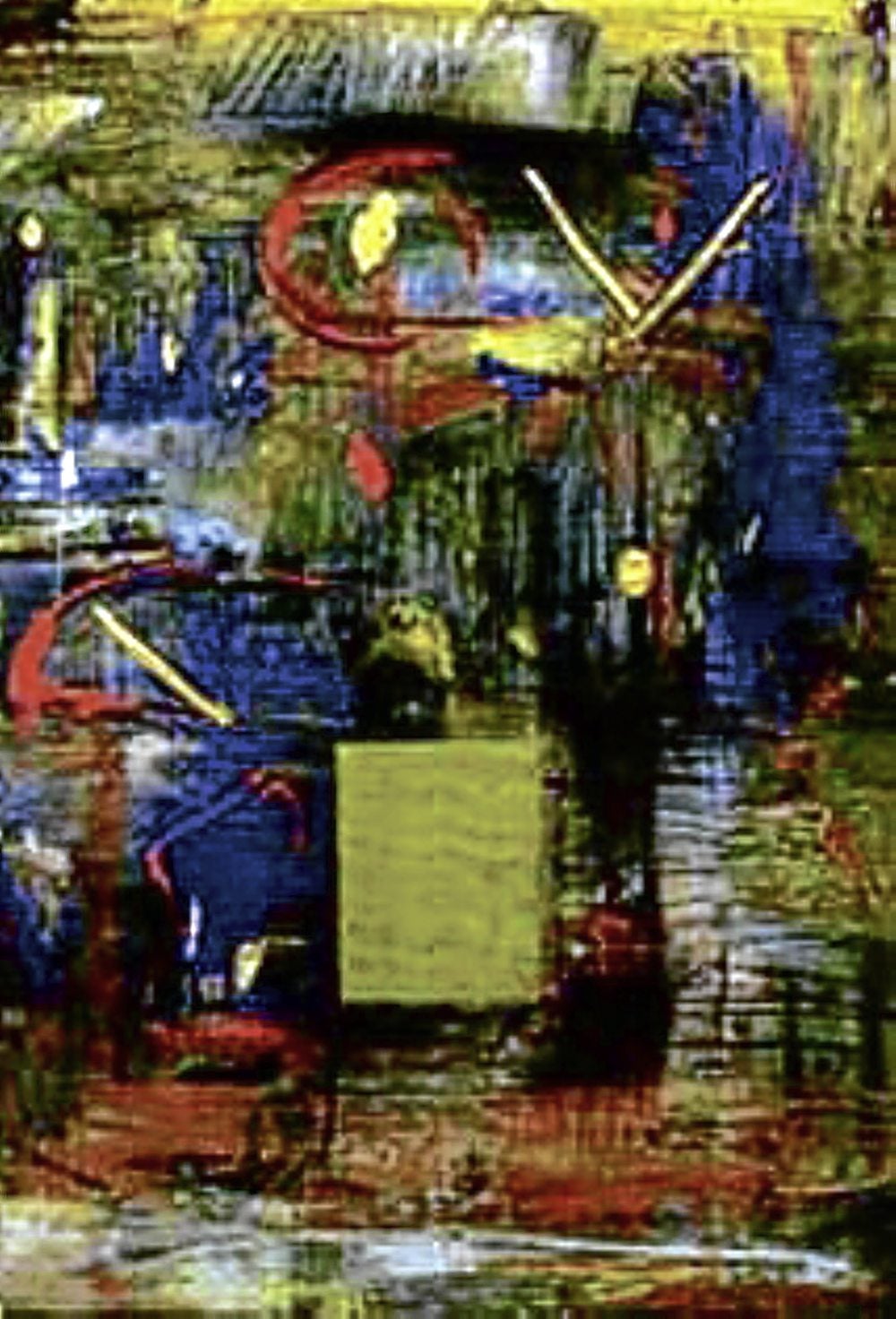 Norberto Carating: His life as seen through his art

In moments of anger, he scratches the paint with fierceness. When he is trying to contain his emotions, the ridges become straight, deliberate and ordered.

When joy is in the air, his colors celebrate like confetti, and when he is trying to make some sense of the world around him, his canvas becomes a confusion of dashes, swishes, lines, and all the colors of his palette burst with energy and chaos.

For the last 45 years, Norberto Carating  (b. 1942) has been translating the world and his experiences through masterful abstract paintings that can only be perceived by his public on an intuitive level and read through the essences of line, color and forms. Emotions, hidden under layers of pigment, are revealed within the esoteric language of his abstract art.

In what appears to be a collection of all forms of abstract art done through decades—from expressionism, to geometric, lyrical and gestural, even color field—the artist, in his ongoing retrospective,  “Norberto Carating: Artist Collection in Retrospect,” at Bulwagan ng Dangal (University Heritage Museum) on the Diliman campus of the University of the Philippines—displays his personal collection of works, from his student works of 1967 all the way to his recent 2012 compositions. (Exhibit runs until Sept. 30.)

Curated by Rubén D.F. Defeo, who also wrote the exhibition’s book-catalogue, the retrospective is presented like a biography tracing the artist’s journey  and how he has translated his experiences through the visual language of nonrepresentational art.

Each significant event in the artist’s life that has left an imprint on his psyche is recorded on these canvases which the artist likens to a part of his soul… why the artist has left a sample of each period for himself.

“My work is a reflection of my soul and the memories I hold.  I have to keep a painting of each period for myself because, if I don’t, I feel a part of my soul will be taken out,” Carating says.

This belief has led to a huge collection of over 50 mostly large-scale works exquisitely installed in the elegant and spacious galleries of Bulwagan ng Dangal.  One can therefore glean from the show the artist’s transition from a realist painter in his student days and the beginnings of distortion in the late ’60s under the tutelage of the country’s foremost abstract expressionist, José Joya, who was then dean of the UP College of Fine Arts.

However, after earning a Fine Arts degree in 1971, Carating, gifted with a powerful voice, was also lured into the performing arts. He performed in a series of operas and zarzuelas here and abroad. According to Defeo, the artist’s struggle between the visual and the performance arts “may very well be summed up as the age of turbulence in the artist’s career.”

This conflict found itself on canvas through the series  “Laman-Lupa,” which depicts tiny human-like figures scratched within thick, dark and muddy overlays.  Recalling the mythical figures of the artist’s childhood, the painting shows the beginnings of texture in the artist’s oeuvre.

It earned for Carating the Grand Prize in the 1973 Art Association of the Philippines’ Annual Art Competition and Exhibition, which eventually led to his first one-man show in 1974.

Texture is by far the dominant characteristic of Carating’s work.  At the start of his career, texture was achieved through a technique called scratchboard, where streaks of color covered with a thick layer of black are scratched with sharp tools to reveal a multicolored texture against black rugged lines.

This technique can be found in Carating’s early works such “Laman-Lupa,” “Barung-Barong” series,  “Anilao” series.

The ’80s found Carating experimenting with various forms of abstract art, the beginnings of his nonrepresentational compositions that utilize unrecognizable forms in wild compositions of color, lines and shapes.

This period led to more expressive works in the ’90s characterized by vigorous applications of paint, reminiscent of Jackson Pollock—America’s most influential painter and a major figure in the Abstract Expressionist movement in the late 1940s.

Quick splashes, drips, swishes and squirts of paint direct from the tube soon found expression in what would probably be the artist’s most playful abandonment with acrylic paint (his preferred medium) that could very well reveal a passionate streak.

In the last decade of the 20th century, a more mature Carating began to prefer the quieter, meditative and more controlled style of what appears to be his version of color-field painting.

The wide, monochromatic, single, geometric fields in minimalist compositions, however, continue to exhibit the artist’s proclivity toward texture achieved through the use of sharp tools.  Using metallic monochromes, these large elegant geometric compositions are filled with fine crosshatched imprints which play against the glint of light.

This time the artist utilizes the emotions behind color to express life’s experiences where passion is now delicately expressed and controlled through the finer ridges of his metal tools.

Carating has had over 20 solo exhibitions both here and abroad since 1974. He received the Cultural Center of the Philippines’ Thirteen Artist Award in 1990.

After 45 years of productive work, and at 64 years old, the artist looks back with that kind of pleasure only an accomplished life offers. With greater confidence, too, he looks forward to the future.