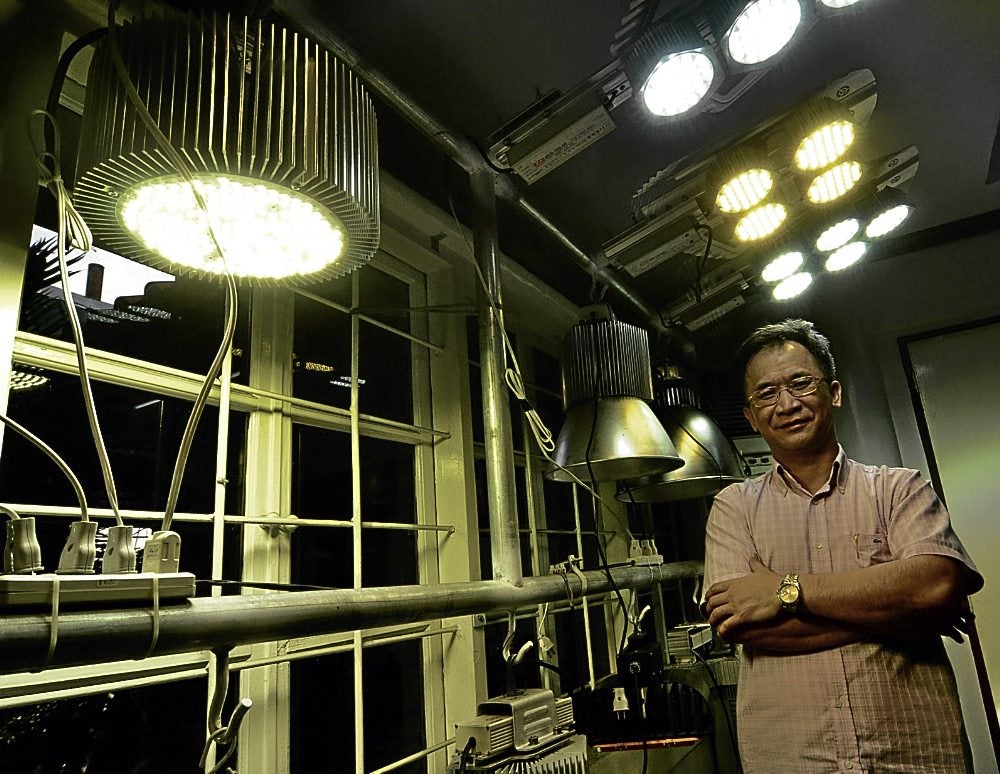 Your light bulbs could make you sick

You may be unwittingly bringing harmful toxins into every room in your home. If, like most people, you’ve switched to energy-saving CFLs (compact fluorescent lamps), you may get more than what you bargained for.

A recent study by scientists of Stony Brook University in New York has determined that the curlicue- or spiral-shaped CFLs emit UV (ultraviolet) rays from cracks in the coating that can harm human skin cells. Apart from UV rays, CFLs and fluorescent tubes contain mercury powder or vapor that is dangerous to health when inhaled.

According to Filipino-Chinese Dr. Juanito “Sam” C. Uy, CFLs, with the conventional fluorescent tubes, could be health hazards. Uy said most people believe that mercury leaks only when the bulbs break. That’s true too, he said, but they also leak mercury vapor into a room all the time—from the minute they are switched on to the time they are switched off.

How fluorescent light works can be explained in a much simpler way, said Uy. Mercury is used in a powder or vapor state to convert electric energy into UV light. UV light, not visible to the naked eye, is converted into the white light we all see by a fluorescent substance called phosphors. The starter jump-starts the unit, while the ballast balances the power.

“It’s killing you softly because it will always leak. And if you have an acidic body, you are more prone to serious health risks because cancer cells thrive in acidic bodies,” Uy said.

Uy is also the executive director of GES Centron Energy Saving Technology Corp., whose mission is to develop innovative technology for lighting that is  environmentally friendly and poses no harm to the human health.

An alternative to CFLs and fluorescent lights is LED (light emitting diode). A diode conducts electricity in one direction. Wired to an electrical current, it will emit a bright light around the bulb. Simply put, it is the electrical current that makes it release the photons we see as light. No starter, ballast and mercury are required.

Although technically LED has been around for more than 30 years as lights in radios, for instance, the first generation commercial LED light for the household was released just three years ago, he said. Today, GES is the only manufacturer of the patented fourth-generation LED.

A typical fluorescent tube has 7,000-8,000 burning hours, said GES director for international marketing Jorge M. Javier. That means roughly around three to four years of life, depending on how long you use them.

The fourth-generation LED has 40,000-60,000 burning hours. To prove his confidence in the products, Javier said it is the only one on the market now that has a five-year product warranty and 10-year warranty on repair, if necessary.

Fluorescent tubes and CFL typically have 60-90 lumens (units of brightness) per watt. The fourth generation has 110-140 lumens/watt. A 20-watt CFL/fluorescent bulb, for instance, can be replaced by four-watt fourth-generation LED and it will be just as bright, Javier said.

Less wattage means savings—in this case, huge savings of up to 70 percent on electric bill. For instance, a switch from a 12-watt CFL to a four-watt GES fourth-gen LED will save P30 a month or P300 per year—and that’s just for one light. A 10-story call center operating 24 hours a day with 1,000 bulbs will save P276,000/month or P3 million/annum.

Streetlights, which use 450-watt lights, will save 70 percent overnight on electricity if they use fourth-gen LED 120-watt lights, Javier said.

The fourth-gen LED also dissipates up to 97 percent of heat; that’s why you can hold one that’s been lighted for several hours and not get burned. Instead of the fragile glass casing found in CFL and fluorescent lights, the fourth-gen LED uses the tough and solid polycarbonate case that won’t break even if you pound repeatedly on the tubes or bulbs.

“They are recyclable, and the most cost-effective available today. No need to buy a new one for the next 10-20 years,” Uy said.

Both Uy and Javier are staunch advocates of green living. Profits made from this business are very minimal, Uy said. It’s the passion and love for Mother Earth that keeps them going.

Next year, Uy said they will bring in the recycling technology that will safely and properly dispose CFLs and fluorescent lights. The problem with CFL and fluorescent lights in dumpsites is when they get broken—and they usually do—mercury is deposited into the soil and will eventually find its way into our drinking water.

The fourth-gen GES LED has been awarded 12 certificates from reputable accreditation groups for quality and excellence.